Functional Foods for the Mind and Body 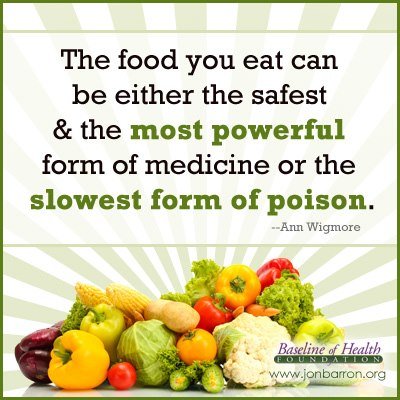 With all of the decisions we make every day — work, family, relationships, household, finances — what we eat should not be one of the most difficult. I know we all have the best of intentions when it comes to eating healthy, but with diet trends, genetically modified foods, irradiation, conflicting studies, and clever marketing, the choice of what to eat has become mind numbing. Some choices just sound so contrary that it’s hard to know what’s a good diet choice and what’s just a good news stories. For instance:

The recent article, A Microscopic worm may be the key to heart-friendly bacon, is a good example of how confusing food choice can be. The article explains that scientists have successfully used DNA from the roundworm, C. elegans, to get cloned, genetically engineered pigs to produce omega-3 fatty acids.

Although according to the FDA spokeswoman cited in the article, it will be several years before this bacon hits the shelves, this new and “improved” bacon raises some very interesting questions:

Understand that this science isn’t all about bacon; the article announcing the new bacon explains that researchers hope to genetically improve the omega-3 content in pork, then improve it in chickens and cows. Yet the concept of bacon fat being good for your heart is almost as confusing as beer being hyped as a healthy dietary choice — even against cancer.

A study published by Australian scientists in the journal International Immunopharmacology (Vol. 6, pp. 390-395) examined the effects of different beer extracts, including light beer, wheat beer, and non-alcoholic beer, on the production of neopterin (a marker for inflammation) and levels of tryptophan (since low levels are associated with more inflammation). In in vitro experiments using phytohaemagglutinin (PHA) to stimulate inflammation, researchers tested blood levels to determine changes noting that beer [with or without alcohol] suppressed degradation of tryptophan and production of neopterin. In other words, consumption of beer reduced inflammation according to indicators. The results showed that while alcohol may be good at killing germs, it isn’t the compound in beer responsible for these results, in fact, the results showed that the type of beer was not important, and that a 4% solution could reduce neopterin production by 65%.

While this may seem pretty straightforward, consider the implication of the effect beer (an acknowledged and accepted depressant) has on tryptophan levels (it keeps the level from falling). Researchers noted that, “This suppression might be connected with the calming effect of beer, since its normalizing effect on the tryptophan balance improves the availability of the ‘happiness hormone’ serotonin.” Could beer be an anti-depressant? Could beer benefit kidney and liver health?

In 2003, researchers at Okayama University in Japan found that mice that drank non-alcoholic beer while exposed to cancer-causing chemicals had 85% less DNA damage to their liver, lung and kidneys than those given water. The study did not determine the exact compounds in beer responsible for the chemo-protective actions, yet it did note that if the protective compounds are indentified they could be added to functional foods and drinks.

So is genetically altered pork good food or bad?

And besides, you don’t have to create Frankenfood to get the same result. Just improve the animals’ diets and you get to the same place naturally. For example, include flax seed in chicken’s diets and you get Omega-3 rich eggs. Grass feed your cattle and you get high Omega-3 meat — DNA alteration not required.

Which brings us to the point of this newsletter — Functional Foods.

When we talk about the dietary values of foods, we are no longer just talking about the vitamins and minerals and calories and cholesterol; we are talking about the compounds within foods that offer health functions beyond simple nutrition.

Thinking of foods in terms of health function offers a potential that is actually very exciting, very empowering, yet not clearly defined. Welcome to the world of Functional Foods. If you look at The American Dietetic Association’s website they cite many definitions for Functional Foods, including:

Or as the American Dietetic Association says:

And people are taking notice. A 2005 study conducted by the International Food Information Council (IFIC) found that:

A March 27, 2006 article (Consumers Connect the Dots Between Food and Health: Most Americans are interested to learn more about foods that offer benefits beyond basic nutrition) reported that Americans are beginning to recognize the relationship that certain foods or food components may have in reducing the risk of certain diseases:

Supporting data tables for this information can be found at www.ific.org/newsroom/releases.

Sounds good. The people surveyed seem to have a good understanding of how food choice can affect and effect health. Right?

Separating the wheat from the chaff

As always, not necessarily. In the above survey, the word “recognize” should perhaps be substituted with the word “believe.”

And then there’s bread, the “great” functional food.

When grain is made into refined white flour (primarily to prolong shelf life), more than 30 essential nutrients are largely removed. All fiber is removed. All of the wheat germ is removed. And all essential fatty acids are removed. Only the starch is left.

Of the 30 natural nutrients removed, only synthesized B1, B2, B3, and iron are put back in to create one of the first (dating back to the early 1940’s) “functional foods” — “enriched” flour. This truly is a creative definition of the word enriched considering that “un-enriched” whole wheat flour contains 44% more vitamin E, 52% more pantothenic acid, 65% more folic acid, 76% more biotin, 84% more vitamin B6, not to mention more magnesium, calcium, zinc, chromium, manganese, selenium, vanadium, and copper.

As for fiber, enriched white bread has just 25% as much as real whole wheat. And much of the bread now marketed as “whole-wheat” is in truth white bread with burnt sugar added for coloring. But heck, several years ago, Fresh Horizons bread added sawdust to replace the lost bran, calling it cellulose on the label and advertising it as “high-fiber” bread.

How can this be? Quite simply, it is legal to describe flour as “whole wheat” on the label, even when the bran and germ have been removed. Which leads us to our conclusion — let the buyer beware!

The concept of functional foods is essentially a good one. When we talk about the dietary values of foods, we are no longer limited to talking about minimum levels of vitamins and minerals (often synthetic) in highly processed foods. Finally, thanks to the emergence of functional foods in the marketplace, we can now talk about optimized levels of micro and macro nutrients — and about the compounds within those foods that offer health benefits beyond simple nutrition.

Unfortunately, along with the good, comes much that is bad.

Unfortunately, when it comes to functional foods, we’re kind of in the “wild west” phase. There is little law and order, and the frontier is ruled by brazen marketing gunmen and savage scientists performing genetic experiments on unsuspecting animals — and the people that eat them. When it comes to buying functional foods, the best I can offer you are some guidelines.

In the end, the best advice is to find a manufacturer you know and trust and believe follows the above guidelines…and hope they don’t betray that trust. And conversely, if you find a manufacturer blatantly breaking any of the rules in any one product, you can probably abandon every other product they manufacture.

Oh yes, and as for the high Omega-3 pork — when they also figure out how to add brisket of beef DNA to make it Kosher, then let’s talk…