If your home is your sanctuary, you might want to reconsider what you decorate it with, especially if you plan to get pregnant. A recent study out of the School of Public Health at the University of California in Berkeley has found that chemicals commonly used to fire-proof furniture, textiles, plastics and electronics manage to get into the bloodstream and apparently, exert a powerful influence on fertility.

The study involved 223 women who were trying to get pregnant. Those subjects who had high levels of certain fire-retardant chemicals in their blood took about twice as long to get pregnant as the women who had low levels. The chemicals, known as polybrominated diphenyl ethers, or PBDEs, became common in the 1970s. According to study author Dr. Km Harley, “For every tenfold increase in PBDEs in the blood, we saw a 30% to 50% decrease in the odds of becoming pregnant in any given month,” said study author Dr. Kim Harley.

You’ll find PBDEs in polyester clothing, mattresses and wallpaper, couches and carpeting, chairs and computers — even in your food supply. If you live in California, you probably have more BPDE in your bloodstream than your neighbors in other states because California has uniquely strict fire control regulations, and so until recently, products on the market there had an extra coating of PBDEs. According to the Silent Spring Institute, tests on California homes found the average level of PBDEs in dust to be 10 times greater than in other states and 200 times the amount in European homes. (And the amazing thing is that people in California pay extra for that privilege.)

Having high levels of PBDEs in your system is not a good thing even if you have no intention of spawning kids. Earlier studies have linked PBDEs to a wide range of health problems. A 2005 study found that even a single low-dose exposure caused hyperactivity and low sperm count in male rats. PBDE also acts as a neurotoxin and has been linked to abnormalities in brain development that affect learning, memory, and behavior. (I wonder if that explains the behavior of the California legislature.) These abnormalities seem to worsen with age, even without subsequent exposure. Numerous studies have implicated the chemical as a cause of thyroid abnormalities and liver problems, and at least one form of PBDE has been linked to cancer.

PBDEs have actually been banned in Europe for many years, and a few states in the US have banned a few varieties of the chemical. Plus, most US manufacturers have stopped using two forms of PBDE — Penta and Octa — altogether. But the Deca form of PBDE still gets used in US production, and Deca has been implicated as a carcinogen as well as a neurotoxin and thyroid disrupter.

The problem is that avoiding PBDE is a bit like trying to avoid asphalt. It’s everywhere — literally. As products age, they release PBDE into the atmosphere. When you sit on a treated couch, PDBE particles get released. When your computer heats or your television warms up, more particles escape. Numerous studies have found PBDE in household dust and in food, particularly meat and dairy products. Research also has found that 97 percent of Americans have the chemical in their blood. And even though newer products may not contain it, the older residues remain for many years, both in the atmosphere and in the body, building up over time. According to an article in The Economist, it could take up to three lifetimes to rid the population of the PBDE currently in circulation. So unless you believe in reincarnation, that probably doesn’t offer much consolation.

As for the most recent study, the levels of fire retardant found in the blood of the study subjects was lower than the national average, probably because most of the subjects were recent immigrants from Mexico, where PBDE isn’t as omnipresent as it is in the US. Still, 15 percent of the subjects took from a year to ten years to conceive, with the delay directly proportional to the amount of PBDE in their blood. Interestingly, that amount tends to vary not only according to exposure levels, but also by the percentage of body fat in an individual because PBDE remains persistent in fatty tissue. While most people have between 30 to 70 parts per billion, research has shown that liposuction patients may have 4,500 to 9,500 ppb — yet another reason to avoid the tiramisu.

Naturally, there’s some argument between industry representatives and health experts on just how damaging environmental PBDEs are. For instance, John Kyte, who represents an industry group called the Bromine Science and Environmental Forum, says that since the study only measured the Penta and Octa forms of PBDE, and since they’ve been phased out, there’s no problem (well after three generations, maybe). ”The study is not applicable to all PBDEs or to PBDEs generally,” he says, implying that the commonly used Deca form is just fine. But Dr. Harley points out that Penta and Octa persist in older household products and can still leach out. She says the lab didn’t have the capability to measure Deca, but its health effects are questionable, at best, and Deca is still in common use.

In spite of safety assurances from people like Mr. Kyte, some states are working hard to get Deca banned, and some manufacturers have halted its use. Companies including Canon, Dell, Ericsson, HP, Panasonic, NEC, Sony, Xerox and Ikea Furniture claim to have found less toxic fire-retardant substances that work just fine. According to Panasonic representative Dale Swanson, “We found out we didn’t lose the bank and all the horror stories that were floating that the world was going to end [if we stopped using Deca] didn’t occur. The product is as good today as it was with PBDEs.” Let’s hope that other manufacturers and regulatory bodies soon see the light.

In the meantime, to keep your own levels of exposure low, try to buy furniture and carpeting made of natural and untreated fabrics, purchase electronics from the above-named companies, reduce meat and dairy consumption, avoid ripping up old carpet pads without removing children and pets from the premises and wearing a mask yourself, and if your old furniture rips and exposes foam, get rid of it. Oh, and you might want to take up a belief in reincarnation. 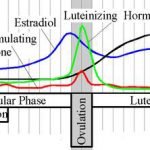