If your four-legged companion animal just pooped on your oriental or growled at your neighbor, you might wonder why on earth you ever agreed to feed and house the sorry critter. Take solace in the fact that pets confer health benefits so substantial that from one point of view, it seems obvious that everyone should have at least one dog or cat. According to The Centers for Disease Control (CDC) website, pets can reduce blood pressure, cholesterol, and triglycerides.1 A study from the University of Buffalo found that, in fact, stockbrokers who petted their dogs while under duress lowered their blood pressure more effectively than those who took ACE inhibitors.2  A related study by the Delta Society found that being with pets lowered levels of the stress hormone cortisol in less than five minutes.

In addition to these physical effects, pets provide significant emotional benefits, too (when you aren’t upset about your pup’s latest shoe-chewing spree, or the desiccated sparrow the cat left on your doorstep). According to research published earlier this year in The Journal of Personality and Social Psychology, pet owners are less lonely, have higher self-esteem, get more exercise, are more outgoing, and form closer bonds with other people.3

But 10 percent of all adults have pet allergies, meaning not everyone who wants a pet can tolerate having one. If you’re unlucky enough to be among those afflicted individuals, here’s some interesting news that also applies to parents with young children. New research shows a relationship between the likelihood of developing pet allergies and the age of first exposure to dogs and cats.4 The younger the kid when they get their kitty or puppy, the less likely that they’ll develop an allergy to cats or dogs later on. This reality flies in the face of traditional thought that animal dander creates problems for babies and so parents should wait until the kids get older before bringing a pet home.

The study, published in June in the journal Clinical & Experimental Allergy, found that babies under the age of one living with a cat had about half the risk of developing a pet allergy compared to those who didn’t get a cat until later. The same ratio held true for boys with dogs:  having a dog before the age of one cut the risk of developing allergies in half, although living with a dog didn’t seem to provide the same protection to for girls.  Interestingly, those born by Caesarian section who had pet exposure before their first birthday showed an even more direct benefit, reaping a 67 decreased risk of developing dog allergies. Acquiring pets later in childhood conferred some protective benefit, but not nearly as much.

On the other hand, according to a study just out involving 6000 adults, getting your first cat in adulthood significantly ups the risk of developing a new allergy. The study, just published in The Journal of Allergy and Clinical Immunology, found that people without preexisting pet allergies who got cats as adults increased their risk of developing a cat allergy by 85 percent.5 People who already had allergies to things other than pets had a three- to fourfold increased chance of developing cat allergies. But the risk plummeted to just about none if the cat didn’t have access to the bedroom where the subject slept.

“The effect of exposure to high doses of cat allergens seemed to be different at different ages,” said study director Mario Olivieri, MD, of the University of Verona in Italy.

The study did not consider the impact of getting a dog in adulthood.

What can you do if the urge to snuggle a pet hits you after you hit drinking age? If you don’t have pet allergies, you might try getting a pet but keeping it out of your bedroom. Cat allergies are twice as common as dog allergies, so you’re probably better off going canine…at least in terms of allergies. As for what type of dog, certain breeds such as poodles, miniature schnauzers, and bichons don’t shed, and so the allergy-triggering fur isn’t omnipresent in the environment. Your best bet would be one of these supposedly “allergy-free” dogs.

By the way, it’s not the fur itself that causes the allergic reaction: it’s the dander, or shedding epidermal layer of skin underneath the fur, that actually is the trigger.6 But the cells cling to the fur, as does animal saliva, which also can trigger allergies. Since all pets produce allergenic dander, there are no guarantees that even a low-allergy pet will be safe for you, but again, you can minimize the possibility of trouble by sticking with a dog that doesn’t shed, plus you’ll save the trouble of vacuuming constantly. If you opt for a cat, get a female instead of a male, as the males produce twice as much allergen.

By the way, there is a company called ‘Allerca’ that claims it’s produced an allergy-free cat.7 Of course, at current prices you’ll end up paying anywhere from $7,000-$27,000 for one of these felines.8 If that seems expensive, it should be noted that all Allerca pets come with a “microchip identifier implant,” which is probably a good idea considering that your pet costs as much as a small car.  Plenty of controversy surrounds the claim that these cats really don’t cause allergies, and apparently, they work better for people only slightly allergic. If you really must have a cat and you have the pocketbook for it, you could give it a try. Allerca also sells an “allergy free” dog for $16,000, which is nice to know, considering the fact that dog owners have a 41 percent increased likelihood of meeting the minimum government guidelines for exercise, as compared to non-dog owners.

If you own a pet, you already know that being around your beloved Fido or Garfield makes you feel better. In fact, dogs can boost mood, confidence, and calm to such an extent that they even can help in cases involving medical issues. For instance, according to Lynette Hart of the UC Davis School of Veterinary Medicine, “Studies have shown that Alzheimer’s patients have fewer anxious outbursts if there is an animal in the home.” Pet owners with AIDS have a lower incidence of depression.

In the United Kingdom, research by the Pet Health Council found that “Children who live with a cat or dog in their first years of life have a lower incidence of hay fever and asthma and are less likely to develop animal-related allergies. Recent studies also show that the immune systems of children (particularly between the ages of five and eight) of pet-owning families are more stable than those of children from non-pet owning families – the result being that making pet-owning children are better able to fend off illness.”9 And for more information on allergies in general, check out Allergies and Asthma. 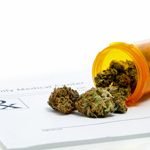