Exercise at Least an Hour a Day to Lose Weight 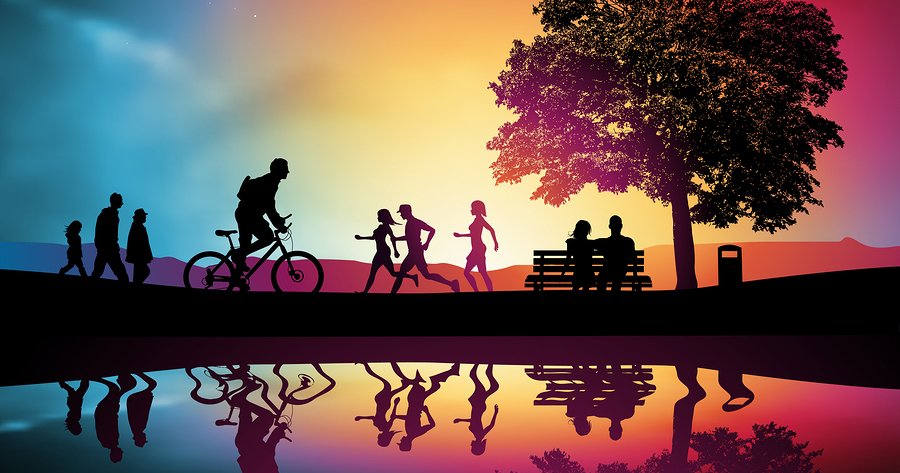 That half-hour power-walk, while virtuous, might not be enough to help you maintain weight loss, according to a recent study out of the University of Pittsburgh. The study followed 201 overweight and obese women between 1999 and 2003. All the subjects maintained a low-calorie diet, but some exercised for 30 minutes five days a week, burning 1000 calories each session. Others exercised for an hour five days a week, burning 2000 calories. After six months, the women in all the groups had lost eight to ten percent of their body weight — but it didn’t last. Two years later, most of the subjects had started climbing back up the scale, regaining three to five percent of their body weight. Only those who maintained an exercise regimen at the higher level of activity — almost an hour a day (or 275 minutes a week) of moderate effort — had managed to maintain a weight loss of 10 percent or more. The remaining subjects shed just half the amount of the hour-long exercisers by that time, despite continuing to exercise and diet.

John Jakicic, director of the study, said, “Short term, everyone [in the study] seemed to do well as long as they exercised. To sustain weight loss, exercise becomes more and more important. The best predictor of who kept the weight off was physical activity, but those people were still being pretty vigilant about their diets…This clarifies the amount of physical activity that should be targeted for achieving and sustaining this magnitude of weight loss, but also demonstrates the difficulty of sustaining this level of physical activity.”

Indeed, based on statistics indicating seven out of 10 Americans don’t bother to exercise at all — a daily hour sets the bar pretty high. The women in this study had an extraordinary amount of support — group meetings, telephone counseling, treadmills for the home, diet plans and reviews — but in the course of normal life, few of us have such strong advocacy driving us to the workout room. Clearly, the knowledge that losing weight leads to longer life, fewer health issues, and better financial prospects simply isn’t enough to inspire most people to quit the fries and start the treadmill.

Nor does that knowledge inspire the typical person to maintain a strict eating regimen. Just a few weeks, ago, I reported on another study that concluded that inactivity isn’t as much a factor in obesity and weight gain as is overeating. That study found that we burn as many calories in the course of life these days as we did several decades ago, and yet obesity rates keep skyrocketing — which points to food consumption as the culprit. As the director of that study, Klaas Westerterp, said, “Because we found no evidence for declines in energy expenditure over the last two decades, this work suggests that the obesity epidemic has been largely driven by increases in food intake.”

I always say that weight maintenance is a simple matter of calories “in” versus calories “out” — give or take some subtleties on how you get there. We now consume, on average, an extra 523 calories a day over what people typically consumed 28 years ago. Since we’re taking in more calories, we need to exercise more to burn those calories off. It’s simple math. In fact, to compensate for those 523 extra calories daily, you need to walk an extra 35 to 50 miles a week — just to maintain your weight at its current level. At a peppy 20-minute per mile pace, that adds up to about an extra two hours of breaking a sweat every single day, seven days a week! And again, that’s just to maintain, not to lose weight!

The current exercise recommendations put forth by the majority of health organizations tout 30-minutes a day as the magic health-inducing, weight-reducing formula. Perhaps 30 minutes would suffice if you’re already at your ideal weight and you don’t consume extra calories — but again, statistics indicate that most of us eat way more than we need to. If you’re already overweight, you absolutely need cut out those extra calories and exercise an hour daily in order to lose it. And if you continue to overeat, you need to exercise for hours on end to avoid getting any fatter.

The bottom line is that losing weight requires eating way less and exercising way more, plain and simple. Hey, if nothing else try shrinking your plate size. The average plate size has increased two inches over the last few years — from an average diameter of 10 inches a dinner plate to 12 inches. I understand, two inches may not sound like a lot, but it increases the surface area of your plate from 78 to 113 inches. That’s almost a 50 percent increase. That allows you to put 50 percent more food on your plate…and 50 percent more calories. No wonder you have to exercise an hour a day. Do yourself a favor and go back to 10 inch plates.