That cardiovascular workout you try to squeeze in a few times a week doesn’t just do wonders for your physique, it can actually help keep your brain fit as well. It appears that even doing moderate aerobic exercise gives the brain a cognitive boost.

The latest research out of the University of Illinois at Urbana-Champaign, shows that brain circuitry is improved by exercise — so much so that it can even help reverse some age-related declines in brain function. The study included 65 adults ranging in age from 59 to 80 years old. They were split into two groups — one that started walking at their own pace for 40 minutes, three times a week and one that began doing stretching and toning exercises. All of the participants reported living a sedentary lifestyle with no regular exercise prior to the study.

The researchers used MRIs to measure brain activity across various regions that work together in networks. One year after the study began, the connections within the networks were markedly improved in the brains of those in the walking group. Those who did stretching and toning showed no changes.

An important circuit of the brain that was studied is called the Default Mode Network (DMN). It controls brain activity when a person is not actually engaging in anything, such as when you are daydreaming or just sitting back and passively watching something. The DMN tends to weaken with age as the different parts of the brain that make up this circuit no longer work together in harmony. Studies have also shown that people with Alzheimer’s disease have a lower level of connectivity in the DMN.

When a brain is young and healthy, the DMN can rapidly yield activity to another circuit in the brain when you stop daydreaming and start engaging in an activity. Conversely, older people and those with Alzheimer’s tend to have more trouble shifting out of using the DMN and into a more occupying undertaking.

Now numerous studies have found that people of all ages, but especially the elderly, benefit from exercise through vastly better connections of the circuitry of the brain, including the DMN. It also improves the network that allows us to handle complex tasks, strategize, plan, and prioritize. Those in the walking group of the study had significantly increased connections throughout the DMN as well as the region of the brain that oversees organization, and they performed considerably better on cognitive tests than their toning and stretching peers.

These results are adding to a wealth of research on the subject of exercise and brain health. A study at the University of North Carolina, Chapel Hill proved that physical activity positively affected the cerebral blood vessels in the elderly. The participants who were doing cardiovascular exercise had formed more direct vessel patterns in their brains, which is typical of much younger people.

Another study that was performed at the University of Illinois at Urbana-Champaign showed that it is possible to reverse the decline in brain function that usually accompanies aging through exercise. The researchers had participants do moderate physical activity then tested them and viewed their brain scans. The exercise boosted both the speed and clarity of their thoughts as well as altering the actual volume of their brain tissue.

You may be wondering, if a little walking is good, would even more activity be better? The answer is yes. The Nurses’ Health Study, which began in 1976, has tracked the health habits and physical activity levels of 121,700 female registered nurses, aged 30 to 55 years (when they started participating in the study), over the last quarter century. To date, the study has maintained follow-up of more than 90% of the original participants. Analysis of this data, done at Harvard a few years ago, concentrated on the self-reported exercise habits of nearly 20,000 of those (now former) nurses who had reached an age of between 70 and 81. They found a direct correlation between activity levels and cognitive abilities. The more active the women were, the higher they scored on cognitive testing and the less cognitive decline they demonstrated. The most active among them presented a difference of approximately 20 percent less decline than the sedentary women.

So the next time you don’t feel like going to the gym or taking that jog around the track, use your mind to get motivated. You will be taking care of your brain just as much as you are helping your body.

Oh, and just because stretching and toning didn’t help with cognitive function, does not mean you should forget it. It offers its own unique benefits — as do strength training and balance training. For more information, check out The Need for Exercise. 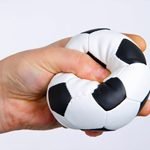