Energy Drinks May Be Harmful to Teeth 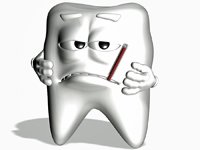 Those energy drinks that provide a pick-me-up in the afternoon just might be doing serious damage to your teeth.  And the sports drinks that quench your thirst after a workout aren’t much better. By wearing away your tooth enamel over time (and we’re not talking about sugar here), a new study suggests that these drinks may increase your risk of developing cavities and other dental problems.1

The research was carried out at the Southern Illinois University School of Dental Medicine in Alton.  The scientists included a total of 22 drinks in their testing: 13 different sports drinks and nine different energy drinks.  They measured both the potency of their acidity and whether it affects tooth enamel.  As it turns out, there is a range in the acidity of the drinks not only by brand but also by flavors within a brand.  The worst offenders?  Of the sports drinks tested, Gatorade Blue has the highest level of acidity, followed by Hydr8.  As for the energy drinks tested, Red Bull Sugar Free is the most acidic, followed by Monster Assault.

The next portion of the experiment dealt with analyzing the effects of these drinks on actual enamel from extracted human teeth.  The enamel sections were submerged in containers holding samples of six different drinks to test for enamel loss; three brands of sports drinks and three brands of energy drinks.  The sports drinks included were Propel Grape, Gatorade Rain, and Powerade Option, and the energy drinks were 5-Hour Energy, Monster Assault, and Red Bull.

To create the conditions most similar to real-life exposure, the researchers kept the enamel in the drink samples for a 15-minute interval.  It was then removed and placed in a container of artificial saliva for two hours.  Over the course of five days, this was done four times a day to approximate the experience of people who consume these drinks throughout their day on a regular basis.  Despite the beverage industry’s claim that no one would keep the drink in their mouth for 15 minutes at a time, in truth, this probably closely represents what our mouths would be subjected to if consuming one of these drinks in a 15-minute time frame.  Our teeth might not be immersed for 15 minutes straight, but the residue would certainly linger there and be continually refreshed as we took repeated sips.

By the end of the five-day period, there was erosion to every single enamel sample.  The sports drinks, on average, wore away about 1.5 percent of the enamel.  The energy drinks averaged more than 3 percent lost enamel.  That’s after just five days of regular consumption.  Imagine what happens when people have these drinks several times a day every day for months…or years.  And there is no way to regenerate enamel.  This type of damage requires fillings to prevent cavities from forming or, if it’s extensive, crowns to restore the tooth.

Energy drinks are also chockfull of caffeine, which is their appeal for most people.  The majority of them average 70 to 80 mg of caffeine per eight ounces, which is only a little less than a typical cup of brewed coffee.  However, one of the drinks tested, 5-Hour Energy, contains a whopping 207 mg of caffeine in just one little, two-ounce bottle.2 (No wonder it helps you “find the energy.”) So these drinks are not just highly acidic and dentally damaging, but they can easily send your body into caffeine overload — especially if you are getting caffeine from other sources such as coffee, tea, or soda as well.

And sports drinks, for all their advertising suggesting they provide essential nutrients necessary to replenish your body, really just add plenty of calories and not much else other than a handful of electrolytes that you can get from a number of more healthful sources.  Studies have shown that while food calories “register” in the brain, limiting the amount of food you desire, liquid sugar calories somehow don’t register.3  Liquids move more quickly through the digestive system and provide no nutrients and thus fail to trigger the normal satiety signals, causing an increase in overall caloric consumption.

So, with neither energy drinks nor sports drinks providing any particular benefit that you can’t get from a better source, it’s probably best to skip them in favor of water (or small doses of tea or coffee if it’s the caffeine you are seeking).  None of these drinks offer anything worth risking your dental health…or your ability to get a good night’s sleep. 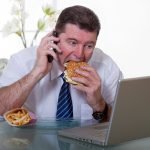