Ecosystems of the Gut

Here’s a fact to ponder: The human body contains far more “tag-along” bacteria than it does its own cells.  That’s right, we can sanitize all we want, but we are living hosts for trillions of microbes.  And a good portion of them are residents of our digestive systems.

Now, researchers have broken down some of the bacteria of the gut into three major enterotypes, or classifications.1  And what they found is that every person’s gut bacteria contains one of these three groups, but only one of these three groups, unless we’ve killed them all off with antibiotics.  Interestingly, the distinctions among people don’t appear to be related to our nationality, ethnicity, or race.  But it’s not clear whether it might be due to the diet of a specific country or region or if the prevalence of bacteria of one group is instead passed down through our genes.

The study, which was an alliance between scientists around the world, was an analysis of stool samples from citizens of Spain, Italy, France, Denmark, Japan, and the United States.  It was part of the larger Metagenomics of the Human Intestinal Tract collaboration, which focuses on the relationship between bacteria of the gut and health.  In this research, the scientists were able to sort the gut bacteria into clusters by using DNA examination and computer programs to categorize them.

Each classification of enterotype was named for the principal bacteria existing in that particular grouping.  The primary types (genus) were Bacteroides, Prevotella, and Ruminococcus.  And they are not all exactly equal, as some were found to produce more of certain vitamins than others.  For example, those individuals with the Bacteroides bacteria produced more vitamin C, B2, B5, and H (more commonly known as biotin).  Those with Prevotella produced more vitamin B1 and folic acid than the others.

By classifying these bacteria and gaining further understanding about them, we are one step closer to figuring out just how chronic illnesses of the bowel such as Crohn’s disease and colitis work, as well as fighting colon cancer, and obtaining more information about obesity’s influence on the digestive tract. One important point to understand is that these three genera were mutually exclusive to each other in different individuals; however, their presence had no discernible impact on the ability of other beneficial genera such as Lactobacillus and Bifidobacterium to take up residence.

Of course, we have long known about the health benefits of good intestinal bacteria.  They aid in the digestion and absorption of food.  When you are healthy, you have literally trillions of microorganisms flourishing in your intestinal tract, crowding out all harmful bacteria — allowing them no place to gain a foothold.

Unfortunately, the levels of beneficial bacteria decline dramatically as the human body ages.  There are numerous reasons for this, including taking NSAIDS like Advil and Motrin that destroy intestinal flora, chlorine in the drinking water, constipation, cigarettes, alcohol…the list goes on and on.  The number one culprit in the overgrowth of harmful pathogens in the gastrointestinal tract, though, is antibiotics — both in pharmaceutical form and in our food supply (think meat and dairy) — and they may be at the root of many autoimmune disorders and certain cancers.

A properly functioning intestinal tract is one of your body’s first lines of defense against invaders.  In a healthy colon, there are, on average, anywhere from 100 billion to one trillion beneficial bacteria per milliliter that consume harmful bacteria and other invaders.  In the typical person on a developed world diet, because of poor food choices and neglect of the colon, the beneficial bacteria count may be as low as 4 or 5 per milliliter.  Many researchers believe that declining levels of friendly bacteria in the intestinal tract may actually mark the onset of chronic degenerative disease and a suppressed immune system.

So, although it’s wonderful that scientists have made progress learning about certain genera of bacteria that exist in our guts on a mutually exclusive basis and will hopefully put that information to good use in fighting disease, we all have to focus on building up the colonies of good bacteria common to us all, no matter which exclusive clusters we have within us.  That’s why a good probiotic formula is absolutely essential for long-term intestinal health and parasite control.  Choose one that states on its label that it uses only recognized super strains of beneficial bacteria and that includes the supernatant — the medium the culture was grown in.  Look for a formula that emphasizes L. acidophilus and bifidobacteria, the two preeminent beneficial types of bacteria.

Within a few weeks, your good bacterial colonies should be flourishing, crowding out all of the harmful pathogens in your digestive tract, and putting you firmly on the path to a stronger immune system. 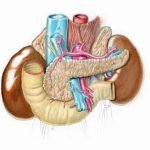 Digestive Enzymes for a Modern Diet