Suicide is a major problem in the Untied States.  According to the National Institute of Mental Health, it was the tenth leading cause of death in 2007, accounting for nearly 35,000 deaths.  And it is estimated that there are 11 attempted suicides for each suicide death.

Now, things just seem to be getting worse.  A new study has determined that there was a 55 percent increase in emergency room hospital visits for prescription drug-related suicide attempts in men between the ages of 21 and 34 from 2005 to 2009.1  Perhaps not shocking, given the ever increasing numbers of people on prescription medications and the suicidal ideations sometimes related to them, it is nevertheless upsetting that this preventable problem is so big and escalating.

The research, which took place through the Substance Abuse and Mental Health Services Administration in Rockville, Maryland, compared the data across four years.  In 2005, 19,024 ER visits took place due to drug-related suicide attempts among 21- to 34-year-old men.  In 2009 — a mere four years later — that number rocketed to 29,407.  Overall, there were 77,971 trips to the ER for drug-related suicide attempts in men of any age.  So these 21 to 34 year olds were a large proportion of them, accounting for well over one third of the visits.

The largest increase was shown to come from men taking antidepressants, which rose a whopping 155 percent among men 21 to 34.  But those taking anti-anxiety or insomnia medications didn’t fare much better: their ER visits for suicide attempts grew by 93.4 percent.

In older age groups of men, the most significant problem appears to arise from narcotic pain relievers.  Men between the ages of 35 and 49 taking these meds had almost twice as many ER visits for suicide attempts in 2009 as they did in 2005.  And in men 50 and older, the number nearly tripled in that time frame.  The researchers were also very clear to draw a distinction in all of these cases between unintentional overdoses and actual suicide attempts in which the medication was a major factor or the cause of the attempt.

The study outlines the increasing toll our society is paying for overuse of prescription medications.  And it’s not just men who are being dosed up pharmaceutically.  Since 1996, adult prescriptions for mental illness have risen by 73 percent, and prescriptions for children went up by 50 percent.  Among seniors over the age of 65, psychiatric drug prescriptions have doubled.  In fact, one in every 10 adults has a mental health prescription (including ADHD medications, antipdepressants, Alzheimer’s drugs, and antipsychotics), and one out of every 20 kids.

To what effect are we putting so many people on these mental modulators?  If the drugs actually worked, there might be some excuse for occasional excess.  But in fact, a study in 2008, published in the journal Public Library of Science Medicine, found that antidepressants work no better than placebos for most patients with mild or even severe depression.  Another study published in 2008 found that inexpensive magnets work at least as well as meds in treating depression.

And yes, there may indeed be a place for psychotropic medications. But given the potentially serious side effects (especially this new information on drug-related suicide attempts), the cost, the fact that they don’t necessarily work very well, and the fact that there are other methods that might achieve the same results without the health risks — particularly for mild anxiety and depression — psychiatric drugs should probably be considered a last-resort measure and only for truly serious mental health disorders.  In an ideal world, the results of this research would lead doctors to cut back on prescribing so much medication and hopefully that would keep tragic visits to hospital emergency rooms down and lower the suicide rates for everyone.

Albert Einstein once said that the definition of insanity is: doing the same thing over and over again and expecting different results. Considering that over the past several decades psychiatrists have been prescribing ever greater amounts of psychotropic medication and yet society keeps getting more stressed, more depressed, and more suicidal — doesn’t that qualify as insane behavior? Or to put it another way: aren’t the inmates truly running our asylums now? 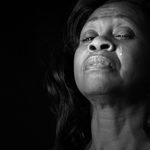