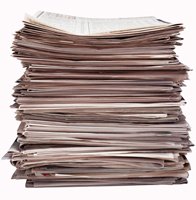 So now it’s water. If you are to believe what the media has been saying over the last couple of weeks, there are no health benefits to drinking water. Drinking water or cola are pretty much the same thing. And dehydration is a myth.

No, not really. As usual, the media got the story all wrong — and, as it turns out, even the accurate story is much less than it seems. In this issue of the newsletter, we’ll see how the media once again lost the truth by attempting to reduce science to a sound bite and how research that the sound bite is based on is pretty much meaningless. Then we’ll wrap things up with a discussion of what you really need to know about water.

If you saw the headlines, you’re probably thinking that water is about to be pulled from the market and anyone who sold it was about to be arrested for running one of the greatest consumer scams of all time.

Read the headlines and there can be no mistake. A scientific study conducted by Drs. Negoianu and Goldfarb has proven that there are no health benefits to drinking 8 glasses of water a day! But there is little truth to the headlines. The media’s reporting on the “study” is wrong on a number of counts.

In summary, we can throw out the headlines and stories as found in the media. Now to be fair, as advertising revenues have dropped, newspapers and television networks all over the world have dramatically cut their reporting staffs to save money — and for the most part now have to function as reporters and transcribers of news, rather than as investigative journalists. In other words, not one of the media reports actually looked beyond the press release associated with the review. That said, we’re still left with the question when it comes to drinking water, “What then did Drs. Negoianu and Goldfarb actually say in their review?”

The 8 glasses of water review

They begin their review by examining a handful of studies that support the drinking of more water and dismiss them all in a single brushstroke. To quote:

“Of course, these studies suffered from weaknesses typical of epidemiologic and retrospective case-control data: Are people sick because they drink less, or are they drinking less because they are sick?”

It seems that Negoianu and Goldfarb are starting with a fundamental premise that any existing study that supports the use of water is fundamentally flawed and should not be considered in drawing any conclusions. But they also seem to be starting with the equally questionable premise that almost any study that negates the value of drinking 8 glasses of water is correct ipso facto and should be highly valued. These are interesting assumptions since they pretty much guarantee your conclusion before you even started. With that in mind, let’s take a look at one of the studies they believe worthy of inclusion. 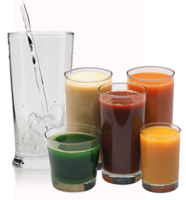 review, it too is based on some “interesting” assumptions.

For example, Dr. Valtin announces that just counting water intake in his review is not good enough. “The concept I have in mind is daily intake of drinking fluid (as distinct from fluid in solid food) meaning all drinking fluids, including tap water and bottled water, coffee, tea, soft drinks, milk, juices, and possibly even beer in moderation.”

Excuse me! As a study of the health benefits of drinking 8 glasses of water a day, you can pretty much toss this review out from the get-go. Not all fluids are the same. If you think so, try washing your clothes in beer and soda. But then again, perhaps it was the happy inclusion of beer and soda that led Drs. Negoianu and Goldfarb to think so highly of Valtin’s “exceedingly thorough review.”

Yes, I understand. Dr. Valtin would disagree with me. He cites the Grandjean study, which concluded that there is no significant difference between water, soda, coffee, beer, etc.when it comes to hydration. And yes, that’s possibly true if you limit your discussion to the volume of fluids entering and leaving the body; but that doesn’t mean that there’s no difference. What those liquids contain when they enter the body — and when they leave the body — are not necessarily the same for all liquids, regardless of volume. The Grandjean study, for example, didn’t consider the effects in his other “drinking fluids” of sugar (promotes diabetes), artificial sweeteners (they make you fat and give you cancer), phosphoric acid (causes osteoporosis), or caffeine (increases the risk of spontaneous abortion) on the body. Drinking water and soda are not the same thing. There really are differences in terms of health. So much for the Grandjean study.

Is there any evidence that drinking more than the minimum amount of water is beneficial?

As it turns out, there’s quite a bit. Here is just a sampling.

That said, Drs. Negoianu and Goldfarb were correct when they stated that there is simply a lack of evidence in general.As they and Dr. Valtin all found, there are quite simply no actual studies that focus on the overall benefits of drinking 8 glasses of water a day. All conclusions, at the moment, are based on inference from studies that were focused on other agendas — and the people doing the inferring have no understanding or affinity for the value of complementary health.

But what about the anecdotal evidence on drinking water?

However, let’s not ignore anecdotal evidence. Just because researchers haven’t proven the benefits of a particular alternative health treatment yet, doesn’t mean it’s not valid. Consider all of the fruits and plants whose benefits were touted for centuries without proof — only to be found to contain amazingly beneficial phytochemicals in the last few years. Also, consider all of the herbs used by healers since the dawn of man that ultimately became the basis for some of the worlds most powerful drugs. We’re talking about plants which became drugs such as Chinese star anise, which was the basis for Tamiflu, saw palmetto for Proscar,  Pacific yew for Tamoxifen, and foxglove for Digitalis — just to name a few.

And finally, let’s not discount the anecdotal evidence of millions of people around the world who testify to better health and greater vitality when they increase their consumption of water. Even if it is a placebo effect, it’s still a positive effect, and water is a whole lot cheaper than the placebo effect achieved by “approved” medical procedures such as angioplasty or mainstream drugs such as Zetia and Vytorin.

But enough! I could go on ripping through these studies pointing out their deficiencies ad infinitum. But there’s no need; the point has been made. Time to move on and talk briefly about the quality and quantity of water you need — at least as we understand it at this time.

Not all water is the same.

To put it simply, you want the purest water you can get that also contains essential trace minerals and that is pH optimized and in a form that your body can most readily utilize. In that regard, not all water is the same.

How much water do we need?

In advanced societies, thinking that tea, coffee, alcohol, soda pop, or other forms of manufactured beverages are desirable substitutes for the purely natural water needs of the daily “stressed” body is a common, but potentially deadly, mistake. Water is the solvent in our bodies, and as such, it regulates all the functions of our bodies, including the action of all the solids dissolved in the water. In fact, every function of the body is monitored and pegged to the efficient flow of water. Think for a moment of just a few of the functions that water regulates:

Understand, we can function quite well and for quite a long time without sufficient water. The body quickly adapts and starts extracting more water from your stools for example. The kidneys flush less water to retain the limited supply you have. In fact, there are some health experts who claim that your body does quite well on 2 glasses of any kind of fluid a day — plus the water found in the food you eat. But these experts confuse adaptation with health. Adaptation leads to compromise, which leads to diminished health over time.

Look, ultimately it may be proven that drinking more than 2 glasses of water a day has no health benefits, but that day has not arrived yet — and the Negoianu, Goldfarb review does not bring it any closer. It’s bad science, bad reporting by the press, and shoddy peer review by the Journal of the American Society of Nephrology. Therefore, until it is actually proven otherwise, keep targeting between 64 and 96 ounces of pure water a day. Pure, fresh (not bottled or canned) fruit and vegetable juices may be substituted for some of this quantity — as may limited quantities of non-diuretic herbal teas (without sugar). In general, however, pure water is the key.

Or to paraphrase Aragorn before the gates of Mordor in the movie version of The Lord of the Rings:

The day may come when the case for drinking 8 glasses of water a day fails; when we forsake what we have known for decades and what commonsense tells us is true; but it is not this day – when science proves that water, cola, and coffee are one and the same. It is not this day!!! This day drink water! By all that you hold dear on this good earth — I bid you drink 8 glasses of pure water a day!