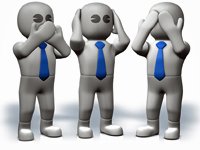 When going to the hospital for a surgical procedure — or to your doctor for any sort of treatment, for that matter — it is in your best interest to be armed with as much knowledge about it ahead of time as possible. And don’t be afraid to ask your doctor questions, because once you’ve had the procedure done, there is no turning back.  Oh, and new research has found that physicians do not always inform their patients voluntarily of all possible health hazards that might be faced.

The study took place at the University of Melbourne in Australia and was conducted by a team of scientists from both Australia and the United States.1  The researchers evaluated 481 claims of malpractice as well as official complaints by Australian patients.  Every one of them was centered on an allegation of inadequate informed consent because of lack of risk disclosure.

The vast majority of the cases — 90 percent, in fact — pertained to disagreements over exactly what the physician said prior to treatment.  In nine percent of the cases, the argument was directly about whether the possibility of a certain risk should have been discussed with a patient before the procedure. Of these situations, referred to as disputed duty cases, two-thirds revolved around surgery.  And nearly 85 percent of them had to do with five outcomes — the need for a second surgery, chronic pain, poor cosmetic results, loss of vision or hearing, and infertility or sexual dysfunction.2  Needless to say, any one of these issues can create a poor quality of life for the patient post-surgery.

How do the doctors involved in these cases defend their decisions not to disclose all of the possible risks?  In some instances, the physicians felt that they had mentioned a risk as a subset of other complications they discussed.  At other times, they said that they considered a particular risk as too uncommon to require inclusion in pre-procedure discussions.  Most significantly though, the scientists found that doctors consistently underestimated their patients’ desire to be fully informed and have knowledge of the potential health hazards they face from a treatment.  And scarily, it was often surgeons who were the most likely to be unsure of just how much information to provide a patient with before a procedure.

This study didn’t touch at all on the myriad mistakes made by doctors and all types of hospital personnel that can leave patients with major health problems or kill them outright — merely the possibility of complications and/or side effects that can result post-treatment.  You are truly putting your life in other people’s hands when you are undergoing surgery.  Obviously, if it’s a medical necessity, it is essential to go ahead and take your chances — unless, of course, there are alternatives.  But, especially with all of the unnecessary surgeries taking place these days,3 a second and third opinion would seem to be not only wise and precautious, but the sanest course of action.

So, what’s a person to do if you are told by several different physicians that a surgical procedure is the only option for what ails you?  Prepare yourself on several fronts.  First, do your research and find out as much about the procedure as possible, as well as any different procedures or treatments that may be used.4  For instance, is it something that can be performed laparascopically, using smaller incisions and surgical tools?  That often lends to a quicker release from the hospital and faster overall healing.  Your doctor may not offer it because he may not know how to perform it. Why should you undergo greater risk just because your surgeon is not up-to-date on the latest techniques? Go to your chosen surgeon with questions and be sure to ask about any potential risks — then there can be no squabbling afterward that the doctor was not sure what to tell you.  If he or she won’t make the time to discuss the surgery with you, find another surgeon.

In addition, do whatever you can to maximize your health prior to the procedure.  The better shape you are in beforehand, the better off you will be afterward.  Keep up your exercise routine and eat a nutritious diet. Make sure, if you have an option, that you chose a hospital with a good report cardand avoid those times when hospitals tend to have higher error rates. Finally, do what you can to relax.  Anxiety is common before surgery, but it will only serve to raise your blood pressure.  Find some relaxation technique that works for you, whether it’s meditation, focusing on relaxing each body part, simple stretching, or some other method.  And, to continue to keep your mind at ease, choose a trusted family member or friend to stay by your side as much as possible both before and after the procedure to play the role of advocate for your stay in the hospital.