If the dentist asks you to open wide and say “Aahhh,” you just might want to say “No” instead, especially if the next step involves getting X-rays. A new study has found that there’s a strong link between dental x-ray frequency and a type of brain tumor called meningioma.1 The finding makes the annual obligatory set of dental x-rays seem excessive indeed.

Meningioma tumors are benign, but they can trigger not-so-benign conditions including vision and hearing loss, memory loss, headaches, and seizures. A lot of the mischief they cause comes from the fact that they can grow to be the size of baseballs, exerting inordinate pressure inside the skull. The incidence of meningioma tumors is 7.8 per 100,000 annually.2 Ionizing radiation triggers the growth of these tumors, and dental X-rays are the most prevalent artificial source of such radiation. We also get exposed daily to naturally occurring ionizing radiation in the atmosphere and in high altitude airplane flights — that’s where over 80 percent of our exposure comes from — but that ubiquitous exposure isn’t directed in a focused beam right at our heads.

The study, just reported in the journal Cancer, involved 1,400 meningioma patients between the ages of 20 and 79 and 1350 control subjects who were clear of the condition.The researchers found that the risk of developing a meningioma tumor was double for those who had a bitewing X-ray “anytime” in their life. In case you’ve forgotten (or if you’ve never had bitewings), they’re the type of X-ray where the dentist shoves a piece of hard cardboard into one side of your mouth and asks you to bite down while shooting film of your jaw. In the study, those who had bitewings every year as part of their dental exams had up to a 90 percent greater risk of developing the tumors.3

Even worse than the bitewings for triggering tumors were a type of X-ray called panorex, which films your entire head to get pictures of all your bottom and top teeth. Panorex X-rays involve sitting in a chair while the camera circles round your head, shooting plenty of film.

Dentists love the panorex. It gives them so much information at once, plus, they can charge you plenty for it. The website 1-800-DENTIST calls the panorex, “The Ultimate Experience” (no joke). It says, “Much like a panoramic picture, the panorex X-ray provides a full view of the scenery — in this case, your entire oral cavity!” Sounds like a plug for a trip to the Bahamas, doesn’t it?

But the panorex is no trip to an exotic location. While the X-rays might indeed help dentists to efficiently identify deeper issues with your jaw and teeth, the cost for that clarity (in addition to higher expense) is a way higher risk of developing a meningioma tumor. The study found that subjects who had a panorex exam before the age of 10 had almost five times the risk of developing meningioma later in life, compared to those who had the same exam when older. Those who had the most frequent panorex evaluations had triple the risk of tumor development compared to those who never had a panorex.

The dental profession doesn’t want this news to scare people into avoiding dental exams, or X-rays. A statement issued by the American Dental Society says, “Many oral diseases can’t be detected on the basis of a visual and physical examination alone, and dental X-rays are valuable in providing information about a patient’s oral health such as early-stage cavities, gum diseases, infections, or some types of tumors.”

The study’s author, Dr. Elizabeth Clausen of Yale University, concurs. She advises that we should reduce our dental X-ray frequency. “These findings should not prevent anyone from going to the dentist,” she says. “But it appears that a large percentage of patients receive annual X-rays instead of every two to three years, which is the recommendation for healthy adults.”

The medical community also points out that the strength of dental X-rays has diminished considerably over the last few decades. “Our study,” Dr. Claus says somewhat dismissively, “refers to exposures in the past rather than exposures that people are receiving in this day and age.”4

And in truth, many of the meningioma patients in the study had bitewing X-rays in the 1960’s, when the dose of radiation dental patients received was much higher than now. But before being comforted by that assertion, remember that back then, dentists also assured patients that the X-rays they received were of such low intensity that they “couldn’t possibly” do any harm. The fact is that even the reduced levels of radiation in current dental X-rays may not be completely safe, especially given the cumulative effects over a lifetime.

Currently, the American Dental Association recommends that children get x-rays every year or two; adults, every two or three. As Dr. Clausen points out, one big problem is that a fair number of dentists recommend more frequent films, up to twice a year for growing children, rationalizing that kids get frequent cavities and their teeth change so fast. But even if dentists do follow the most conservative ADA recommendations, when you weigh risks against benefits, the upshot may well tilt in favor of reducing the frequency of screenings by X-ray a lot further.

If you already have dentaphobia, this news could certainly put you over the edge into utter avoidance of dentistry, but as Jon Barron has written before, dental and periodontal disease can trigger more serious conditions and need to be dealt with. They key to protecting yourself really is to find the right dentist in the first place — one sympathetic to alternative approaches, and one who will be honest and listen to your concerns. X-rays aren’t the only danger lurking in the traditional dentist’s office (but that’s the subject for another blog), so it’s really critical to make sure your dentist is on board with natural medicine. Better yet, follow the Baseline of Health recommendations for preventing periodontal decay in the first place. 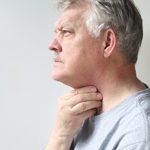