Most of us would agree that a trip to the dentist has little to recommend it in terms of enjoyment. It’s like a torture chamber in the examination chair, with all those bad sounds, strange smells, pain and blood, and lectures about brushing better. And then, there’s the X-ray machine, aiming radiation right at your unshielded head. But if there was one consolation, it was that the radiation levels from a set of dental X-rays was relatively low — about half the radiation you’re exposed to flying cross-country.

Now there’s a new device gaining popularity among dentists and orthodontists for its superior imaging capabilities. Rather than using the old-fashioned two-dimensional X-ray machines, many dentists and orthodontists in particular are moving over to more sophisticated machines called cone-beam CT scanners. These machines provide three-dimensional images of the teeth, roots, jaw, and skull, and dentists love getting all that extra information to make their work easier. The scans, theoretically, allow dentists to identify hidden problems and work more precisely, plus, they’re easy to operate, work very fast, and don’t take up much room. The dental professional organizations, in fact, have gone gaga over the technology, featuring it at conferences and in publications.

So what’s the catch? Extra radiation, and lots of it. The machines typically expose patients to two to eight times the radiation that the old two-dimensional scans did. So you’re now talking about 3.8 — 15.2 mRem per X-ray, but according to Dr. John B. Ludlow, a radiation researcher at the University of North Carolina, variations in models and settings easily could lead to exposures up to 67 times the dose. At that point you’re talking about 127 mRem per X-ray.

Industry representatives say it isn’t a big deal — they claim that a cross-country airplane trip exposes passengers to more radiation than the typical cone-beam scan. But that’s simply not true. A cross-country flight only exposes you to five mRem. Critics, though — including at least some inside the dental profession — bristle at such dismissal of the dangers. They point out that children have five to ten times the sensitivity to radiation that adults do, and with orthodontists so gung-ho to use this technology, lots of kids are getting lots of these scans. Potentially, a child receiving a cone-beam CT scan could receive the equivalent of an adult dose of of 1,270 mRem in one sitting. That’s a lot!

Dr. David Brenner, head of the Center for Radiological Research at Columbia University Medical Center, says that children stand a one in 10,000 chance of developing cancer from a single scan. But most children undergoing orthodontic care will have multiple scans before the braces come off. Experts believe that the effects of radiation are cumulative, so add to those scans radiation from the other X-rays the kids will get in the future, and that risk of cancer goes up exponentially. “You double the dose, you double the risk,” says Dr. Brenner.

The kicker is that there’s no definitive evidence that cone-beam scans actually provide better information than two-dimensional scans, or, in the case of some forms of braces requiring images, digital cameras. They do provide more detail and they are faster, but there isn’t proof that the extra detail actually leads to better care, particularly for straightforward dental and orthodontic work. Dr. Stuart C. White, an oral radiologist at the UCLA School of Dentistry, says in a recent New York Times article, “So let me ask a question to the mother of a prospective orthodontic patient. Would you like me to use a tool that is entirely safe — a camera — to record the position of your child’s teeth, or another method that may rarely cause cancer so that we can save time?”

It’s not that regular two-dimensional scans are entirely without risk, either. In fact, a study earlier this year out of Brighton and Sussex Medical School in England found that patients who had received 10 or more regular dental x-rays in their lives had 5.4 times the risk of developing thyroid cancer compared to patients who never had a dental x-ray. Those who had fewer dental x-rays had correspondingly lower levels of risk. You might want to keep that statistic in mind the next time a dentist tells you that X-rays are “perfectly” safe.

Plenty of critics bemoan the fact that most dentists still use outmoded two-dimensional machines that run on slower film than necessary (D-speed), exposing patients to lots of extra radiation. In fact, 70 percent of dental film sales in the US are for D-speed film, although this film exposes patients to as much as 60 percent more radiation than faster films do. By switching to digital imaging or faster machines, radiation can be greatly reduced, and the expense of making that switch isn’t great. Plus, experts say that dentists often know far too little about x-ray technology, and so to get a good image, they let the x-ray machine run too long. Dr. Joel E. Gray, an expert in dental radiation, claims to have found up to a 500 percent difference in radiation levels from one dental office to the next. Plus, in the state of New Jersey, a survey on radiation levels found that 20 percent of dental offices had high or extremely high levels of radiation.

Meanwhile, cone-beam scanners continue to replace the older technology in numerous offices, to the point where, according to the New York Times, at least one California attorney warns that dentists may face liability for not switching over. “Negligence may be the failure to incorporate new technologies that meet well-defined legal standards,” said Arthur W. Curley said in a Web presentation. Given that the typical cone-beam machine costs around $200,000, and that dentists charge around $200 for a single scan, somebody is making lots of money on these devices. How much? A typical dentist’s office can expect to increase revenues by $150,000 a year by installing a cone-beam scanner in their office. And when you think about it, what’s a little extra radiation in your mouth compared to $150,000 in your dentist’s pocket…each and every year.

Dr. John B. Ludlow of the University of North Carolina, an expert on dental radiation, warns that, “Until we have that data, and it’s going to take time, we just need to use common sense, good judgment. And part of that good judgment is recognizing that the youngest are more sensitive to radiation than adults, and do we really — for an uncomplicated orthodontic case, where we are just going to move some teeth a little bit — do we really need volumetric imaging?”

If you have kids getting braces, you might want to pay attention to the fact that even some of the mainstream experts are concerned. In fact, if your dentist proudly shows you the newfangled machine he or she has just acquired to take better pictures of your mouth, you might want to take your business elsewhere — and don’t be afraid to ask if you are getting exposed to D-speed film if he’s still using a standard X-ray machine. 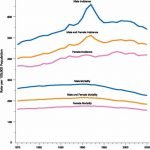 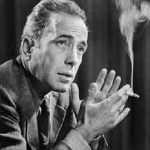 Cut Your Mortality Rates in Half