A study by the Voice of Young Science (VoYS) found that there is little or no proof that detoxing products work, except to part people from their cash. Jon’s study of the VoYS study, on the other hand, found it to be mostly nonsense and nonsequitur.

You get the idea. So what breakthrough study warrants such dismissive language?

As it turns out, much less than you might imagine. A report by Voice of Young Science (VoYS), a group affiliated with the Sense About Science charitable trust, representing more than 300 post-graduate and post-doctorate science students, found that no two companies use the same definition of “detox” and their claims were largely “meaningless.”  As biologist Harriet Ball, one of the report’s authors, said, “Detox is marketed as the idea that modern living fills us with invisible nasties that our bodies can’t cope with unless we buy the latest jargon-filled remedy.”

“Our investigation into detox products has convinced us that there is little or no proof that these products work, except to part people from their cash and downplay all the amazing ways in which our bodies can look after themselves.”

In fact, in their press release and leaflet accompanying the report, VoyS stated that:

‘Detox’ has no meaning outside of the clinical treatment for drug addiction or poisoning. Today young scientists and engineers are publishing a dossier on their hunt for the evidence behind detox claims made for products and diets, and beginning a campaign to alert the public.

The multi million pound detox industry sells products with little evidence to support their use. These products trade on claims about the body which are often wrong and can be dangerous. We at Voice of Young Science think it’s time to challenge the detox myth and bring you the Anti-Detox Promise.

This is pretty shocking stuff — especially considering that I just concluded my post holiday blood and liver detox. Talk about feeling silly. Was my detox meaningless? Did I truly part with my hard earned cash as VoYS claimed?

Fortunately, after digging a little deeper than the media stories — actually just looking at the report from VoYS itself — it was easy to see that there was nothing to the headlines. In fact, it was just a bunch of “young” scientists who know nothing about alternative health making some rather absurd conclusions and the media, as usual, running with the story without doing even the slightest critical evaluation. So, without further ado, let’s take a look at the report in question and see what it has to offer.

Overview of the Detox Dossier

Called the “Detox Dossier”, the report in question describes the findings of the investigation by the Voice of Young Science, a network of over 300 early career researchers. (Incidentally, if this is the best they can do, their later careers are likely to be rather undistinguished.) The scientists involved in the research include physiologists, biochemists, doctors, and pharmacists.

The Detox Dossier investigators found that:

Those are some strong claims. Let’s examine each one in a bit more detail to see how valid they are.

No two companies had the same definition for “detox”

According to the report, “We all agreed that detox being used to sell everything from tea to hair straighteners was implausible and decided to dig deeper to find out what the product manufacturers meant by detox — had they some evidence about detox or how our bodies work not available to the rest of us? Our list of products to investigate was extensive and expensive, so we whittled it down to 15 products that were sold in a range of places and fairly represented what was out there in the shops.”

Okay , let me translate that for you.

I have to admit, after looking through this list, I’m beginning to feel much better about my selection of Dr. Dre to define the term “doctor.” Compared to the products listed above, Dr. Dre can at least lay claim to being a “doctor” of music. The simple fact is that in the entire list above only one of the products, the Boots Detox Body Brush, can lay any claim to having any association to what people in the alternative health community call detoxing. And at that, they chose a product sold under the brand name (Boots) of an English drug store chain. In other words, when they called for information on the product, they were talking to drug store purchasing agents — not alternative health specialists who might actually know how skin brushing relates to detoxing. That’s absurd.

In most cases, no evidence was presented to back up the “detox” claims on products

Okay, so our intrepid researchers found that the sales reps they spoke to could only spout marketing hype. As they so love to say in England, “That’s brilliant!” Again, they dealt with not one legitimate detox product, nor one legitimate alternative health company or practitioner. The bias here is so blatant, it could only have been deliberate. The VoYS had to deliberately select products that they knew had nothing to do with mainstream detoxing, produced by companies that had no expertise in alternative health or detoxing, and supported by marketing reps who were totally ignorant in the subject.

So they have a problem with manufacturers using obfuscation in describing their products? Well, let’s be absolutely clear here. When it comes to obfuscation, these manufacturers are rank amateurs when compared to doctors and the medical community. Here are just a few examples of medical doublespeak.

And our young researchers have a problem with the word “detox?” Can you spell h-y-p-o-c-r-i-s-y?

So what they’re saying is that the products were often expensive and yet had no proven results. I wonder if they’ve also looked at pharmaceutical drugs and medical procedures. Some of the excesses here are legendary, but for now, let’s just look at one: angioplasties. Angioplasties, which have an average cost of $40,000 but can top one million dollars in some cases, have in fact, been proven to be almost useless as a treatment. That suddenly makes 36 pounds look like the ethical bargain of the century.

In essence, they concluded that there is no need to spend money on expensive treatments and products. Eating healthy meals and getting plenty of sleep is a better investment

So, the results they achieved using these products was less effective than merely eating healthy meals and getting a good night’s sleep. And what were these results our researchers experienced on these products?

And the media condemned detoxing as a myth based on a report that didn’t even test the products in question. For shame!

So what is detoxing?

Drug and alcohol detoxing aside, in the alternative health community, detoxing has a very specific meaning. It starts with the definition of the word toxin. A toxin is anything that causes stagnation, congestion, or disease or that impedes any of the normal functions of the body. Toxins can impact the body at the system level (the elimination system), the organ level (liver and kidneys), or even the cellular level. Removing the toxins and reestablishing optimal functioning of the body and its systems is essential to good health. And yes, VoYS was half correct. The body has systems that do this naturally. They are called the colon, the liver, the kidneys, the lymph, etc. The problem is that too often nowadays, we so overwhelm and overload these systems that they can no longer keep pace and remove all the toxins. At that point, they begin storing those toxins in your body — along the walls of the colon, in the liver, in organ tissue throughout the body, and the cells themselves. And when that happens, your elimination organs need help. That help is what we call detoxing. The bottom line is that the road to natural health begins with cleansing and detoxification — no matter what the disease or problem. There are 9 primary areas where we can assist the body in detoxing (and no, they do not include shampoos, water, foot pads, and antioxidants). 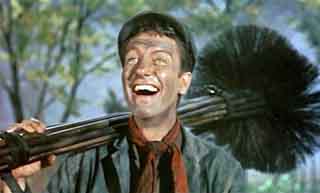 Is there any proof that detoxing works or is necessary?

Actually, despite the impression you might get from VoYS, there is tons of support for the efficacy and value of detoxing. In fact, the medical community uses various methods for detoxing organs and systems in the body as standard medical practice. Although medical detox treatments mimic natural detox treatments (in much the same way that Bizarro mimics Superman), the medical community bypasses the issue by refusing to use the word detoxing — but detoxing it is nonetheless. For example:

You get the idea. The medical community absolutely understands the principle and efficacy of detoxing. They just insist on using their own terminology and methodology, which allows them to trash more natural, more efficacious, and less harmful means of doing the same thing. And thus we have a true understanding of the rationale behind the Voice of Young Science Detox Dossier.

It probably should also be noted that Sense About Science, the parent organization of VoYS, previously published a study entitled “Making Sense of Chemical Stores” that proposed that the 100,000 plus chemicals released into the environment over the last 50 years are not only NOT harmful, but are our friends. Or to quote from that report:

“The chemical realities of the world, by contrast, are that everything is made of chemicals, that synthetic chemicals are often much safer for human health than so-called ‘natural’ ones, and that unfounded anxiety about chemicals is encouraging people to buy into ideas and ‘remedies’ that make little scientific or medical sense.”

For more on detoxing, check out the Detox Center.