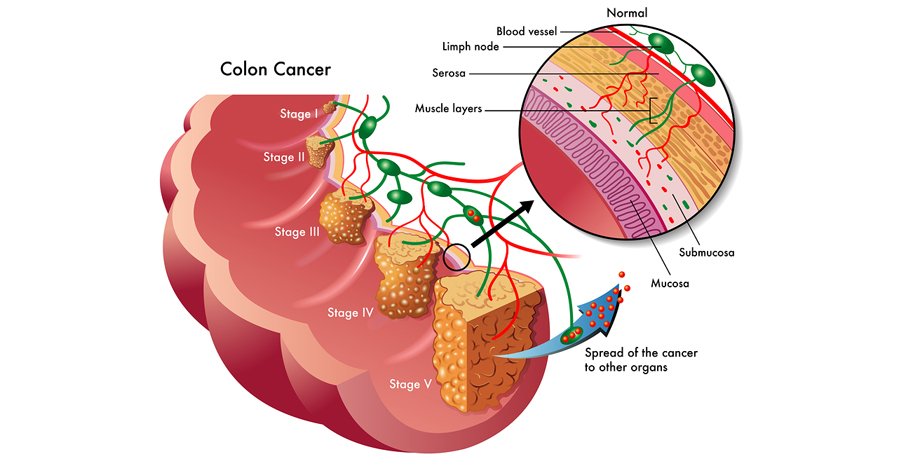 This is shocking! A study recently released by the Journal of the American Medical Association concludes that diet plays a major role in colon cancer! Who would have believed it? Thank goodness we have researchers who can uncover such things for us.

While there is no shortage of evidence linking the so-called Western diet to an increased risk for developing colon cancer, the study is among the first to examine the impact of such a diet on survival among patients treated for the disease. Who knew?

The study’s author, Dr. Jeffrey Meyerhardt of the Dana Farber Cancer Institute in Boston, Massachusetts found that cutting back on red meat, for example, has a powerful effect. “It’s not really increasing the amount of fruits and vegetables, but really trying to reduce the amount of red meat intake, fatty foods, and sugary ‘desserty’ foods, that seems to be protective for colon cancer recurrences and survival.”

Dr. Jeffrey Meyerhardt adds, “The biggest surprise is actually the impact that a western pattern diet seems to have.” (You see, the researchers actually expressed surprise that diet matters.) Patients who switched to greater quantities of fruits, vegetables, poultry, and fish appeared to fare better.

People, let’s get real here. What you eat matters. Of course, it matters. It has a huge impact on all the major non-infectious diseases of our time: cancer, diabetes, heart disease, etc. You don’t need researchers to tell you that. To a large degree, you dig your grave one forkful at a time. For more information on diet, check out Chapter 6 of Lessons from the Miracle Doctors. You can download a copy for free.