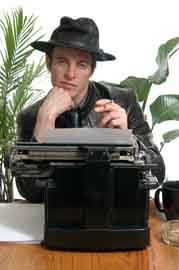 Yes, there are a number of things that irritate me in the world of health and nutrition, but rarely do I get rip roaring angry. Well, last week, I did . . . if only for a moment.

The American Cancer Society released a report showing that cancer rates and cancer deaths declined in the latest census, which covers the years 1975 to 2005. Does that upset me? No, not at all! That’s good news. What bothers me is the credit the medical establishment takes for these numbers and the passive, unquestioning way the mainstream media lets them get away with it. Or as Dr. Otis W. Brawley, chief medical officer of the American Cancer Society, said, “The continuing drop in mortality is evidence once again of real progress made against cancer, reflecting real gains in prevention, early detection, and treatment.”

Look, I understand that collapsing budgets at the world’s major newspapers have killed investigative journalism, but we’re not talking about investigation here — just a rational matching of statements made by medical doctors to the data they release. That can’t be too much to ask for, can it?

As I mentioned above, the study released by the American Cancer society found that both the incidence of cancer and cancer mortality rates have declined over the last 30 years. In fact, the rate of decline accelerated between the years 2002-2005, indicating an increasing trend toward fewer cancer deaths. Between 2002 and 2004, the rate of decline doubled to 2.1 percent per year, up from 1.1 percent per year from 1993 through 2002, although 2005 saw only a one percent decline. Nevertheless, the overall trend shows a definite drop-off. (Note: figures for the past three years have not yet been compiled. )

The report notes that the declining rates show up in new cases and deaths attributed to most of the 15 leading cancers — including cancers of the lung, prostate, breast, and colon — all of which show falling rates. On the other hand, there were slight increases in cases of esophageal and bladder cancers among men, pancreatic cancers in women, and for cancers of the liver, skin, non-Hodgkin’s lymphoma, kidney, and thyroid in both men and women, but these were offset by the overall decline. Incidentally, prostate cancer rates fell by 4.4 percent a year from 2001 to 2005, and breast cancer rates fell by 2.2 percent annually.

As I mentioned above, the medical establishment grabbed credit for the good tidings. “This is real progress,” said the report’s lead author, Ahmedin Jemal, PhD, strategic director for cancer surveillance at the American Cancer Society. “It’s the result of improvements in early detection and treatment.” 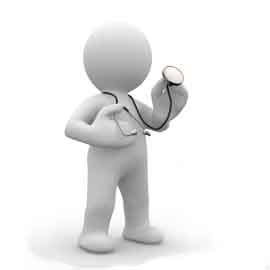 While Dr. Jemal’s statement might make for good press headlines, it doesn’t stand up to even the most casual scrutiny. His reference to “early detection,” for example, doesn’t even make sense. Or at the very least, Dr. Jemal “forgot” to consider the fact that increasing numbers of people have been foregoing screening tests for cancer in recent years. Between 2000 and 2005, mammography screening rates declined by four percent among women over 40 and by seven percent in women between the ages of 50 and 64 — the age group most at risk for breast cancer. Prostate cancer screening rates also have declined since 2000, and while most sources say there’s been an increase in screening for colorectal cancer, other sources indicate quite the opposite, and particularly among the highest risk groups.

In fact, in an apparent self-contradiction, Jemal also wrote that the decline in new breast cancer diagnoses may be the result of “the decrease we’ve seen in the number of women getting regular mammograms… Maybe we are not detecting as many breast cancers at an early stage, and that is not good news.” He also notes that the fall in newly diagnosed cases of prostate cancer may simply reflect the decline in prostate cancer screening rates.

But again, there’s a blip in the logic, because if fewer cases of these cancers are getting diagnosed because of spotty screening, then that means that more people are running around with undiagnosed cancers that are progressing to fatal stages. One would expect more deaths as these undetected cancers progress to Stage 4 before being diagnosed (assuming early diagnosis and treatment are responsible for the lower mortality rates) — but as noted, fatality rates from both breast cancer and prostate cancer have been falling along with early detection rates. And yet, despite this contradiction, the medical establishment nevertheless attributes the improved numbers to the wonders of pharmaceuticals and other treatment advances. Simple observation says that perhaps they are a bit too eager to take credit for something modern medicine has nothing to do with. Perhaps changes in lifestyle and environment have had far more impact.

Why are cancer rates and mortality declining?

On December 2nd, David Cutler of Harvard University released the results of a different study that found that improvements in behavior and screening have contributed greatly to the 13 percent decline in cancer mortality since 1990, with better cancer treatments merely playing a supporting role. Kudos to Cutler! At least that’s a step in the right direction. But even though Cutler’s study is a positive step, it still does not address the reasons for the reduction in the “incidence” of cancer, which, quite simply, can have nothing to do with doctors or medical care. Since these results occur “before the fact,” (before medical intervention, as it were), they have to be entirely independent of doctors or medical care or even better screening. They can only result from behavioral changes.

For instance, as smoking rates have declined, so have new cases of lung cancer. In regions where the declines in smoking have been the most pronounced, lung cancer death rates have likewise declined most dramatically. In California, for instance — the first state to establish a comprehensive statewide tobacco control program — lung cancer death rates were half those in the South and Midwest, where there are few anti-smoking programs and comparatively low taxes on cigarettes. In fact, death rates from lung cancer actually increased among women in 13 Southern and Midwestern states. These figures tell a story that has little to do with advances in medicine and a whole lot to do with the lifestyle choices people make.

Similarly, advances in medicine may not have much to do with declining breast cancer rates and deaths — in fact, quite the contrary! Even the experts — including Dr. Jemal — admit that the decreased use of hormone replacement therapy (HRT) probably plays a primary role in the decrease in breast cancer rates. It may also be that the dramatically increased use of natural progesterone creams now being used by hundreds of thousands of women — particularly after being regularly promoted on Oprah — is keeping the rates down.

Likewise, decreases in colon cancer may reflect an increased attention to fiber in the diet and an increased consumption of Omega 3 fatty acids and not merely be the result of colonoscopy screening as the report implies. In addition, the increased use of supplements such as curcumin and naturally occurring ellagitannins as found in berries and pomegranates might also play a role. Decreases in prostate cancer may have to do with the dramatic increase in men who take natural prostate supplements containing ingredients such as saw palmetto, nettles, pygeum africanum, and flower pollen extract. Yes, despite doctors wanting to take “all” the credit, it is indeed possible that the message about natural prevention finally has started to take hold, albeit in a small way — enough to make the small but significant impact on cancer statistics that the report touts. And that’s where the medical community actually can wear some laurels — in those instances where research has confirmed that lifestyle and supplements do make a difference, where the message has been broadcast, and where doctors have educated patients to make wiser choices. 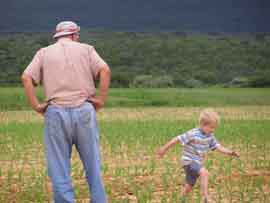 But there’s a long way to go given the fact that cancer rates are still off the charts, as even the pundits admit. “If you look at the data, it’s clear that we could still do much better — much, much better,” said Dr. Otis Brawley of the American Cancer Society. He gives the nod to prevention: “The take-home message is that many of the things we’ve been telling people to do to be healthy have finally reached the point where we can say that they are working,” he says. His illumined colleague, John Bailar III of the National Academy of Sciences concurs: “The whole cancer establishment has been focused on treatment, which has not been terribly productive,” he says. “I think what people should conclude from this is we ought to be putting most of our resources where we know there has been progress, almost in spite of what we’ve done, and stop this single-minded focus on treatment.”

Hallelujah! Perhaps if more medical colleagues join together in helping patients to focus on natural prevention, the future will see cancer rates declining not by one or two percent a year — but by double digits.