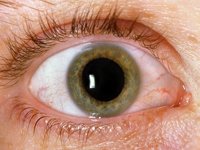 If you are a caffeine junkie who can’t get through your day without cup after cup of coffee, you may want to take note.  A new study has found that a high intake of caffeinated coffee may be linked to vision loss.

The research, which took place at Brigham and Women’s Hospital in Boston, discovered that those people who drink a lot of caffeinated coffee are at higher risk of developing a particular form of glaucoma.1  This form of glaucoma, called exfoliation glaucoma, which is characterized by tiny fibers peeling from the eye’s lens that can cause a pressure build-up. It is common around the world, but especially among people of European heritage.2  It can place significant pressure on the optic nerve to the point where permanent eye damage occurs, resulting in a loss of vision or even blindness if left untreated.

The scientists analyzed the health and medical profiles of 78,977 women in the Nurses’ Health Study and 41,202 men in the Health Professionals Follow-up Study.  All of these subjects were 40 or older, had no history of glaucoma when they started, and received regular eye examinations between the 1980s and 2008.  By evaluating the answers of these subjects to survey questions about their caffeine intake, the researchers were able to differentiate between those who drink a lot of caffeinated coffee versus those who primarily obtain their caffeine from other sources.

The risk is not insignificant. Exfoliation glaucoma affects nearly 10 percent of 50-plus adults, and the study showed that heavy coffee drinking can increase the risk by 66%. That’s a lot of eye damage. The study was prompted by two separate factors noticed by the researchers having to do with the people of Scandinavia.  This population has an unusually high occurrence of exfoliation glaucoma.  They are additionally noted to have the highest rate of caffeinated coffee intake, which led the researchers to consider a possible link there.  This team of scientists has conducted other studies on drinking caffeinated coffee, including one that found a link with open-angle glaucoma in those with a family history of the condition.4

Caffeinated coffee definitely appears to have both its pros and cons.  There has been research that has found beneficial associations such as lowering the risk of certain cancers and Parkinson’s disease.  On the other hand, there are studies such as this one and others that link it to irritability, insomnia, and gastrointestinal problems.

In the end, it should be noted that although this study showed an association between high levels of coffee intake and increased risk of developing glaucoma, it did not prove a cause-and-effect relationship. Nevertheless, the evidence seems to add up to a lot of strikes against caffeinated coffee when consumed in large quantities.  It might not be a bad thing to cut caffeinated coffee from your diet completely, switching to other sources of caffeine intake such as green tea if you feel you need a little pick-me-up without all of the problems that go along with the coffee.  But if you love your coffee–and many of us can’t make it through a morning without it–that’s okay, as long as you drink it in moderation.  Try to cut back to one cup a day and drink it in the morning so as not to interfere with your sleeping patterns.  And if you insist on drinking more, then at the very least, visit an ophthalmologist on a yearly basis to have a glaucoma examination.  This is a dangerous condition because there are often no symptoms until it is too late to reverse the damage.