Blood Transfusions May Have Killed Millions 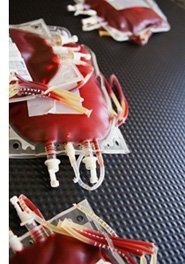 Last October, I wrote a blog entry about the dangers associated with blood transfusions. It was triggered by a study out of Duke University that found that transfusions increase your risk of heart attack and death. According to the study, the problem is that the oxygen-transporting efficacy of stored blood begins to decay almost immediately. This is because stored red blood cells become deficient in nitric oxide, thus limiting their ability to get oxygen to tissues that need it. Nitric oxide opens up blood vessels, which allows oxygen carrying blood to reach the tissues served by those vessels. In vitro studies show that levels of S-nitrohemoglobin (the molecule that carries nitric oxide in the blood) decline rapidly in stored red blood cells. There is a 70% drop in the first day of storage. By the twenty-first day, the molecule was below the level of detectability. In the U.S., red blood cells can legally be stored up to 42 days before blood banks are required to discard them. But the problem is even worse than it sounds. Not only is transfused blood deficient in nitric oxide, but because it’s deficient, it actually sucks nitric oxide out of the surrounding tissue to compensate. This causes that tissue to constrict and become deoxygenated. If that tissue happens to be heart muscle, you have a real problem.

Well, the issue is back in the news, thanks to a couple of new studies.

Transfusions increase the risk of complications and reduce survival rates

The first study, which appears in the March 20th issue of the New England Journal of Medicine, essentially confirms the Duke study. It reports that heart surgery patients who receive transfusions with blood that has been stored more than 14 days are far likelier to suffer complications and may face significantly reduced survival rates — both short and long term. The study of more than 9,000 patients in the US has shown that those given blood more than 14 days old are 65 percent more likely to die before discharge and 50 percent more likely to die within a year. Recipients of older blood are also at much higher risk of blood poisoning and multi-organ failure according to the survey conducted at the Cleveland Clinic in Ohio. Considering that nearly half of heart surgery patients receive transplants and that the FDA allows blood to be stored for up to 42 days before it must be discarded, this news carries major implications for any heart surgery patients…and their doctors. In point of fact, transfused blood usually takes several days to even reach a hospital. That means that the average patient getting a transfusion is quite likely receiving blood that is pushing two weeks old — with a sizeable number (60% of O RH negative, for example) receiving blood that is up to four weeks old.

But it gets worse!

Transfusions increase the risk of stroke 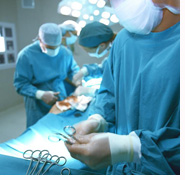 A second study, published in November and conducted by scientists at the University of Bristol and the Bristol Heart Institute in the UK, found that patients who received a red blood cell transfusion experienced a three-fold increase in complications arising from lack of oxygen to key organs — complications such as heart attack or stroke. The study looked at the association between red blood cell transfusion and adverse outcomes in over 8,500 cardiac surgery patients over eight years. The age of the blood used in the transfusions was not a factor in this study. Nevertheless, the study found that the risks associated with transfusions of blood of all ages occurred regardless of the hemoglobin levels in the blood, age, or level of patient disability at the time of transfusion.

Professor Peter Weissberg, Medical Director of the Bristol Heart Foundation said, “Red blood cells carry oxygen around the body to supply vital organs. Not unreasonably therefore, heart surgeons have assumed that patients who have low red blood cell counts after surgery — as a result of blood loss during or shortly after surgery — would benefit from a ‘top up’ transfusion of donated red blood cells. This study shows the importance of putting such widespread beliefs to the test since it suggests that such transfusions may cause more problems than they solve.”

As in the US, over half of all heart surgery patients in the United Kingdom receive blood. However, only about 3% of these transfusions are given because of life-threatening bleeding.The vast majority are given on the basis of low hemoglobin levels, regardless of whether the patient has any physical symptoms indicating that they actually need blood — sort of a better safe than sorry precautionary procedure. But based on the recent study results, it looks like it may not be so safe, and might, in fact, provide a whole lot of reasons to be sorry.

Rethinking transfusions except in dire emergencies

The bottom line is that red blood cell transfusions in patients having cardiac surgery is strongly associated with both infection and ischemic postoperative morbidity, hospital stay, increased early and late mortality, and hospital costs. And significantly, the majority of those transfusions, the ones used on a precautionary basis, may in fact have been responsible for many millions of patient deaths over the last hundred years.

Fortunately, there appears to be a simple remedy for at least one aspect of the problem — not the infection risks, but the inability of transfused blood to carry sufficient oxygen. Doctors and hospitals just need to implement it. Studies have shown that treating red blood cells with a solution of aqueous nitric oxide results in a 10-fold increase in S-nitrohemoglobin (again, the molecule that carries nitric oxide in the blood) compared with untreated samples so that the levels of S-nitrohemoglobin are not significantly different from fresh blood. As we discussed earlier, this is crucial because stored red blood cells quickly become deficient in nitric oxide, which limits their ability to get oxygen to tissues that need it. Adding nitric oxide to stored blood restores the ability of hemoglobin to dilate blood vessels and oxygenate tissue. In other words, it helps restore the oxygenating power of blood. If you ever need a transfusion, you might want to ask your doctor if the hospital treats their banked blood this way before using it for transfusion. (Unfortunately, there aren’t many at the moment.)

During World War I, the French Army used a specially filtered and sterilized form of sea water for blood transfusions when blood supplies ran out. And it works if done correctly! The problem is that although such sea water can be used in an emergency to keep blood volume up and maintain proper electrolyte levels for the functioning of the heart muscle, it does not provide the oxygen/carbon dioxide/nitric oxide carrying capabilities of blood since it contains no hemoglobin. It can help in an emergency, but it does not replace blood.

But all that said, that’s not my main reason for discussing this issue in today’s newsletter. As I said in my heart health blog on the issue, think about it for a moment! Blood transfusions have been used as a standard medical procedure for over 100 years. And now it turns out they may be responsible for many millions of unnecessary deaths worldwide during that time. How could this be? Unlike alternative health, modern medicine is based on science — not anecdotal evidence. So why didn’t all those scientific studies on blood transfusions figure out that blood transfusions are, at best, an iffy proposition that should be reserved only for the most dire of emergencies?

The answer is quite simple. Until recently, there were no studies either supporting or negating blood transfusions — or at least none that the medical community paid attention to. As I have frequently pointed out, most medical procedures and drug usage are not backed by studies — only by anecdotal evidence. The lack of clear evidence supporting blood transfusions as a medical procedure is not the exception; it is perfectly in line with the rule. According to the US Government’s Office of Technology Assessment (Congress of the United States, Office of Technology Assessment: Assessing the efficacy and safety of medical technologies. Washington, DC: US Government Printing Office, 1978), only 10-20% of all medical procedures and off-label drug usage is backed by clinical studies.

Is that a bad thing? Not necessarily. Things would grind to a standstill if doctors had to wait for definitive studies before implementing any new procedure that seemed to offer benefit. And yes, a key point was missed in the blood transfusion issue for the last hundred years that has probably killed many millions of people during that time. But make no mistake; this is not an indictment of anecdotal evidence. Strong anecdotal evidence among informed professionals is actually quite reliable — at least as reliable as clinical testing. Just think of how many clinical tests come to diametrically opposed conclusions. In fact, the only reason that these clinical studies were conducted on blood transfusions in the first place is because anecdotal evidence suggesting there was a problem in the first place had been building over the years. You could say that the problem was discovered through anecdotal evidence — and merely confirmed through a peer reviewed study.

No, the problem isn’t with the use of anecdotal evidence. It’s with the double standard applied by the establishment (medical and regulatory) that holds complementary medicine to an absurdly higher standard, allowing medical doctors to do pretty much whatever they want. If informed anecdotal evidence is allowable for 85% of all medical procedure and drug usage, why is alternative health held to an impossible 0% standard — particularly since it doesn’t kill anywhere near as many people as modern medicine does? (Remember, we’re talking about potentially millions of deaths from transfusions alone.) And we’re not even talking about a standard as it applies to actually implementing an alternative health procedure or supplement. No, that 0% standard applies to even “talking” about it. I kid you not. Government regulators do not allow alternative health practitioners to even talk about the possible medical benefits of most essential supplements and herbs. As we discussed in a natural health key newsletter last year, government regulators in the US, Canada, and much of Europe don’t allow you to even talk about using stevia as a sweetener in food. The FDA has actually seized stevia recipe books. That’s insane.