Better Flu Cure a Sneeze Away

Scientists have found a new treatment for the flu that works against nine different strains of influenza, including the dread avian H5N1 that uses modified human antibodies that render the flu virus incapable of mutating.

It looks like a fail-proof flu antidote might be around the corner — at least theoretically. Scientists from the Dana-Farber Cancer Institute in Boston, the Burnham Institute for Medical Research in La Jolla, Calif., and the U.S. Centers for Disease Control have found a new treatment that works against nine different strains of influenza, including the dread avian H5N1. And the antidote, it turns out, isn’t some one-dimensional anti-viral compound brewed up in a lab or yet another version of a fatally flawed, hit-and-miss flu vaccine. Rather, the treatment uses modified human antibodies that render the flu virus incapable of mutating.

Until this development, the annual failure of the flu shot has been as predictable as the groundhog’s eventual emergence each spring — you knew it would happen sooner or later. The scientists who developed the new approach referred to in the study suggest that the flu shot inevitably fails because it targets the wrong part of the virus. To understand this concept, imagine that the flu virus is covered with lollipop-shaped proteins (called hemagglutinin) that allow it to attach to receptors on the surface of healthy cells.

The problem is that the proteins residing on the prominent lollipop “head” mutate regularly, meaning that any antigen designed to stage an attack specifically on those lollipop proteins will quickly become useless as the proteins change. And that’s exactly what happens with the flu shot, since it triggers antibodies designed to attack the head of the lollipop, where those mutating proteins reside. Once the proteins mutate, the flu shot stops working and the scientists once again must start developing a new shot…which also will inevitably fail as new mutations occur. The other problem, of course, is if scientists choose the wrong flu virus to defend against. Then the antibodies that the flu shot triggers are useless from the get-go — regardless of any mutation.

According to Dr. Wayne Marasco, one of the authors of the study, “The lollipop head tends to dominate the immune response during a vaccine response, while the stalk is somewhat hidden. But this big, globular candy top is just a decoy.”

The new antibodies isolated by the research team, on the other hand, attach to the “stick” part of the lollipop, which isn’t as prone to mutation. As Dr. Robert Liddington, another study author, explains, “The head portion of hemagglutinin is highly mutable, leading to the rise of forms of the virus that can evade neutralizing antibodies. However, the stem region of hemagglutinin is highly conserved because it undergoes a dramatic conformational change to allow entry of viral RNA into the host cell.” 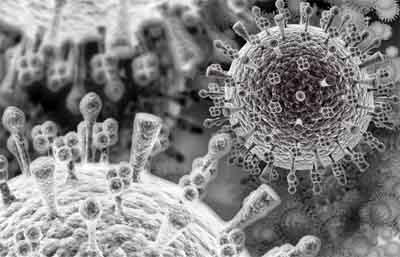 Translated, this means that if you’re a virus, you’d better not mess with your stems once they’ve been pumped up with the right viral RNA. Unfortunately for the virus, the antibodies used by the research team target the stem and apparently have proven remarkably effective in animal tests. The researchers injected mice with a lethal dose of bird flu and then three days later injected them with the antibodies. Most of the mice survived. And, try though they did, the researchers couldn’t make the virus stems mutate after exposure to the antibodies. In fact, they discovered that the composition of the stems is constant across thousands of strains of the flu, so that an antibody that targets the stems could protect against numerous types of flu, including bird flu.

“When we tried to select viruses that were resistant to the activity of these antibodies, we failed. We could not get the virus to mutate and escape,” said Dr. Ruben Donis of the CDC.

The researchers happened upon these antibodies by weeding through a library of 27 billion immune system proteins drawn from 57 volunteers. They were specifically looking for molecules that would latch onto the avian flu virus, but lucked into discovering that the antibodies they isolated work against a broad range of flu strains.

“We were surprised and actually delighted to find that these antibodies neutralized a majority of other influenza viruses, including the regular seasonal (H1N1 strain of) flu… I certainly believe a [global] therapy for influenza may be within our grasp,” said Dr. Liddington. He added, “These antiviral antibodies … can be very effective in a pandemic setting — they are ready to go and should be effective just as they are.”

Before you breathe a sigh of relief because the bird flu now has a new and worthy enemy — there is a catch. A similar therapy for cancer costs tens of thousands of dollars, and although the researchers insist that costs for antibody therapy are declining dramatically, in the interim, it’s an expensive solution — one sure to make the drug companies happy and consumers who foot the bill not so thrilled. At least until the price comes down and long term testing proves the vaccine safe and effective for humans, it makes all the sense in the world protect yourself by keeping your immune system bolstered with healthy eating and by taking natural immune-building formulas. You also would be wise to keep a store of natural anti-pathogenics on hand. They work, and they won’t cost you your inheritance.

Look, I’m not anti-science or anti-medicine — just skeptical. Every now and then, medical researchers get something right. Maybe this flu vaccine is one of those examples. Then again, there’s a long leap from lab testing to a practical application that proves safe and effective. Let’s keep our fingers crossed.