A study published online on January 14th in Nature Genetics magazine has been getting considerable press play over the last few days. The essence of the article is that scientists have identified a gene that increases the risk for late-onset Alzheimer’s.

The gene — SORL1 — is significant because it’s been tested in four ethnic groups, and a form of it seems to confer a risk in all of them — including North Europeans, Caribbean Latinos, African Americans, and Israeli Arabs.

The gene’s normal role is to shuttle proteins through a cellular pathway and, in particular, move an Alzheimer’s protein called APP through its normal route. But a specific form of the SORL1 gene messes up this process and results in an accumulation of the sticky protein called beta amyloid plaque that seems to play a major role in the disease.

The researchers say that having this particular form of SORL1 increases Alzheimer’s risk by about 20%.

The focus of most of the news stories, as one would expect, is on the SORL1 gene, and yet it only increases risk by about 20%, and only in those who have it. In other words, its impact is not that large. Far more significant in the study is the underlying message on beta amyloid plaque. The connection between beta amalyoid and Alzheimer’s has been mostly theoretical until now. This study goes a long way to changing the theoretical to actual. 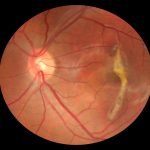