“For breath is life, and if you breathe well, you will live long on earth.”
–Sanskrit proverb

The things we take most for granted, such as the ability to breathe freely, are truly the things we miss the most if we no longer have them.  Those with a chronic pulmonary disorder like asthma must face each day wondering whether they’ll come into contact with a particularly bad trigger, when an attack may strike, and just how serious it will be.

And the number of asthma sufferers in the United States is on the rise, hitting unprecedented levels, according to research at the Centers for Disease Control and Prevention in Atlanta.1  The findings suggest that as of 2009, close to one in every 12 Americans — including one in every 10 children — are asthmatic.

The study, which took place between 2001 and 2009, showed a rising rate of asthma no matter how the demographics were broken down.  The numbers increased for both genders, as well as among white people, black people, and those of Hispanic origin.  Although all groups were affected, the demographic that showed the greatest increase was black children, of whom 17 percent were found to have asthma, up from 11.4 percent in 2001.

The researchers determined that asthma prevalence has risen a stunning 12.3 percent between 2001 and 2009.  In 2001, 20.1 million diagnoses of asthma were made, which meant it affected 7.3 percent of the population.  By 2009, that number jumped to 24.6 million diagnoses, increasing to 8.2 percent of Americans afflicted.  And children were disproportionately the sufferers, with 9.6 percent of children overall developing asthma and 13.5 percent of children from lower income families with the chronic disease.

So, with a major asthma trigger such as cigarette smoking at its lowest level in decades, why would a rise in asthma cases be taking place now?  Because there are many other irritants surrounding us daily in the environment, and the main culprit causing asthma is actually internal — as in a faulty immune system.

The immune system of asthmatics tends to overreact to certain allergens.  In people who do not have asthma, these allergens either produce no response, or a very minimal one.  In those with asthma, the allergens set off a reaction that causes inflammation of the lining of the bronchial tubes and results in the lungs’ smallest airways — the bronchioles — becoming permanently red, swollen, and easily irritated.  Exposure to allergens such as pollen and cigarette smoke causes the walls of the bronchioles to become still more swollen and the muscles to tighten.  This restricts the passages so that even less air reaches your alveolar sacs.  Mucus is also produced in larger than normal amounts, which clogs your airways, making it even harder to breathe, and resulting in even more severe asthma symptoms.

Instead of relying solely on pharmaceutical solutions to airway problems, there are definitely some very helpful alternative treatments that go beyond merely suppressing symptoms and actually address asthma’s underlying causes.  First of all, there are many food-based sources of allergens that need to be avoided.  The primary offenders include wheat, corn, dairy, eggs, and soy.  The more of these foods you eat, if you are sensitive, the more your immune system learns to respond aggressively to any further triggers.  You might also want to consider using digestive enzymes with meals to help break down the protein allergens present in these foods before they enter the bloodstream.

In order to reduce inflammation of the bronchioles and to thin mucus, try supplementing with proteolytic enzymes.  They can also work to help reduce the level of circulating immune complexes, which will make you less susceptible to asthmatic attacks when exposed to allergens.  And nutraceutical immunomodulators can regulate your immune system by either boosting a weak system or, as in the case of asthmatics, calming down an overactive one.  By using immunomodulators such as L-carnosine, Cetylmyristoleate (CMO), and the Transfer Factor found in bovine colostrum, you can retrain the immune system to not overreact.

And finally, purchasing a good air filtration system and cleaning it regularly may benefit those with asthma as well as anyone in your home with environmental allergies as well. 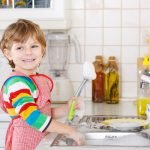 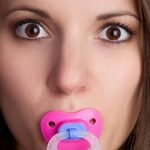