Aspartame in the News 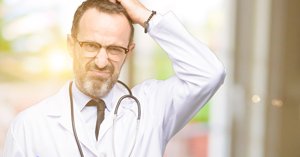 Italian researchers published a new study last week that showed aspartame – widely used in soft drinks – might cause leukemia, lymphoma and breast cancer in rats. The FDA is unmoved. Despite this new evidence, they have no plans to change their stance on the safety of aspartame use in foods despite pleas from the Center for Science in the Public Interest to review the safety of the suspect sweetener. (Note: the European Food Safety Authority is equally culpable.) I find it especially disturbing that the FDA is not only ignoring this new study, as well as all the previous studies, reporting the dangers of aspartame, but that they have also ignored their own studies proving that aspartame triggers brain tumors and many other health issues.

Which brings us to Sucralose.

Despite the FDA’s best efforts to protect aspartame, enough stories of its side effects began circulating through the media that manufacturers have turned away from it in droves (sales are down over 50%). Their new artificial sweetener of choice is the FDA approved sucralose, a chlorinated sugar derivative, (doesn’t that sound yummy). But sucralose too is coming under public and scientific scrutiny with many health consequences being uncovered. These unhealthy results published from pre-approval research include up to 40% shrinkage of the thymus gland, enlargement of both liver and kidneys, aborted pregnancy and diminished birth weights. Sucralose like aspartame also hasn’t had any long term (12 to 24 months) studies on safety of use or independent, controlled human studies either.

Is it any wonder we face a major health crisis when government agencies continue to approve food additives with such questionable pedigrees, often ignoring problematic research?

The Whole Grain And Nothing But The Grain, Part 1