Alcoholism May Be More Dangerous in Women 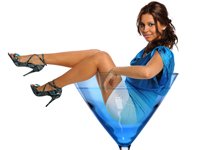 Alcohol may be considered a socially acceptable drug, but its abuse is serious business.  It can ruin careers, tear apart families, and destroy people’s lives.  We know that alcoholism is a danger to all who suffer from it, but now there is new evidence that it may take a much greater toll on women than men.  A recent study has found that alcoholic women appear to die at approximately twice the rate of alcoholic men.1 Stokes, Trevor. “Alcoholism twice as deadly for women as for men.” NBC News. 16 October 2012. Accessed 21 October 2012. <http://vitals.nbcnews.com/_news/2012/10/16/14488135-alcoholism-twice-as-deadly-for-women-as-for-men>.

The research, which was conducted at the University of Greifswald Medical School in Germany, found that alcohol addiction, as might be expected, results in a much higher death rate for both men and women when compared to people of the same gender who do not have a drinking problem but affects women even more profoundly than men.  Instead of focusing on a specific alcoholic population, the scientists used 4,070 random adult subjects residing in northern Germany as their subjects.

Each volunteer answered questions about their drinking habits.  Using the Diagnostic and Statistical Manual of Mental Disorders definition for alcohol addiction, the researchers identified 153 of the participants as alcoholics.  After a 14-year period, they resumed contact with 149 of the 153 alcoholics to determine their health status.  While the pool of male alcoholics was considerably larger than that of the female alcoholics (119 men versus 30 women), the death rate among the women was much higher.  Out of the 30 women, seven had died, which is the equivalent of a more than 23 percent mortality rate.  Out of the 119 men, 21 had died, which is the equivalent of a nearly 18 percent mortality rate.

Some of the subjects had participated in various treatment plans designed to help them stop drinking.  However, their mortality rates were no better than the alcoholics who had never sought help for their drinking.  The study did not specify whether they curbed their alcohol use on their own or were still drinking.  Many of those with alcohol abuse problems who sought treatment in inpatient detox programs that promoted completely cutting off alcohol use, aka going cold turkey, died at a higher rate than those alcoholics who did not enter detox.  That could be because these types of rigorous programs are often only used when a person has hit rock bottom and become very sick.  Therefore, the higher death rates would make sense given their failing health even as they entered a detox program.

But the other factor may be the method of quitting cold turkey that detox programs advise.  The sudden, complete absence of alcohol in a body used to a steady flow for a long period of time can lead to alcohol withdrawal syndrome.2 “Alcohol withdrawal.” Medline Plus. 20 March 2011. Accessed 22 October 2012. <http://www.nlm.nih.gov/medlineplus/ency/article/000764.htm>   This dangerous condition is your body’s way of reacting to the lack of alcohol consumption to which it has adapted over time.  The symptoms may begin within a few hours of cutting off the alcohol supply and may continue for weeks in some people.  They can go from the very unpleasant–such as sweating, nausea, vomiting, headache, anxiety, and insomnia–to the downright dangerous, including hallucinations, seizures, and delirium tremens (DTs).3 “Alcohol withdrawal syndrome: how to predict, prevent, diagnose and treat it.” National Institutes of Health. February 2007. Accessed 22 October 2012. <http://www.ncbi.nlm.nih.gov/pubmed/17323538>   The DTs can result in major illness and, in some cases, be fatal.

It is essential, if you are interested in giving up alcohol after being a regular, heavy drinker, to have someone watching out for you in order to seek medical assistance if you do become very sick.  You can also help your body to heal with some natural remedies.  Since the liver processes alcohol and often bears the brunt of the damage it inflicts, a liver support formula that contains milk thistle 4 Ehrlich, Steven D. “Milk thistle.” University of Maryland Medical Center. 3 April 2011. Accessed 22 October 2012. <http://www.umm.edu/altmed/articles/milk-thistle-000266.htm>. and Picrorhiza kurroa,5 Shetty SN, Mengi S, Vaidya R, Vaidya AD. “A study of standardized extracts of Picrorhiza kurroa Royle ex Benth in experimental nonalcoholic fatty liver disease.” J Ayurveda Integr Med. 2010 Jul;1(3):203-10. <http://www.ncbi.nlm.nih.gov/pubmed/21547049> an antioxidant formula with alpha lipoic acid,6 Gormley, James J. “Love Your Liver With Alpha Lipoic Acid.” Natural News. 16 October 2008. Accessed 22 October 2012. <http://www.naturalnews.com/024513_liver_lipoic_acid_alpha.html> proteolytic enzymes,7 “Proteolytic Enzymes.” NYU Langone Medical Center. July 2012. Accessed 22 October 2012. <http://www.med.nyu.edu/content?ChunkIID=21671> and Omega-3 fatty acids8 Ehrlich, Steven D. “Omega-3 fatty acids.” University of Maryland Medical Center. 10 May 2011. Accessed 22 October 2012. <http://www.umm.edu/altmed/articles/omega-3-000316.htm> can reduce inflammation and start the repairs.  A full body detox will benefit your entire system and cleanse many of the toxins created by the alcohol abuse.  Taking your recovery slowly and naturally will help get you back on the right track and restore your health for hopefully a nice long life. 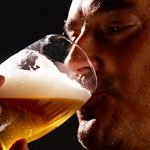