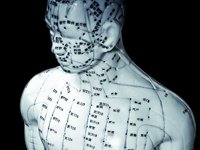 “Breath is the bridge which connects life to consciousness, which unites your body to your thoughts.” –Thich Nhat Hanh

Some of the things we take most for granted in life are the simplest, such as breathing.  Our bodies regulate our breathing automatically, without so much as a thought from us…unless we develop a pulmonary problem.  People with chronic obstructive pulmonary disease (COPD) often struggle to get enough air into their lungs, especially when they exert themselves.  But now, new research suggests there may be hope available to COPD patients in the form of acupuncture.1

The study, a randomized control trial which took place at Kyoto University in Japan, split 68 adult volunteers, all diagnosed with COPD, into two groups for a 12-week experiment.  The first group received weekly acupuncture treatments. The second group was given fake acupuncture, in which the needles retracted when placed against the skin so no actual acupuncture was performed.  The acupuncturists providing both the real and fake forms of treatment placed the needles in traditional acupuncture spots around the body that correlate with the lungs and breathing ability so that the sham recipients had no idea they were not actually having acupuncture.

The researchers tested the participants’ breathing both before and after the acupuncture sessions.  The subjects’ breathing was rated between one and 10, with 10 being the worst or most breathless.  Those who had real acupuncture made a major improvement in their breathing.  Their scores, which averaged 5.5 initially, were reduced to an average of 2 after treatment.  Those who received fake acupuncture, however, actually scored worse after treatment.  Their scores went up by an average of half a point. And doesn’t that pop a little pin in the balloon of those skeptics who say acupuncture is based on the placebo effect?

In addition, having acupuncture also helped the first group walk a greater distance in a six-minute trial than their counterparts who had the fake acupuncture.  Tests measuring lung function and the coordination of the muscles involved in breathing showed that the real acupuncture group experienced an appreciable improvement.  And all of this makes a big difference in their overall perspective: the volunteers who received acupuncture reported a better quality of life than the other group.

All of the participants were taking standard COPD medications and did not stop using them during the study.  But these results can make one wonder whether acupuncture might be a safe, side-effect-free alternative that would allow some COPD patients to be weaned off their pharmaceuticals, or at least enable them to take lower dosages.  Unfortunately, it just might be difficult to find many pulmonologists who would be willing to go against the mainstream prescription-minded mentality to try it.

In fact, Jon Barron’s most recent newsletter is all about the skeptics of alternative medicine…and acupuncture in particular. Plenty of studies have touted the undeniable benefits of acupuncture.  Back in 2008, researchers out of Duke University took a comprehensive look at all of the data recorded to date concerning the use of acupuncture for the relief of headache pain.2  Using only the 31 most rigorously executed studies, they found that acupuncture is more effective than even medication in reducing the severity and frequency of chronic headaches.  Sixty-two percent of the acupuncture patients reported headache relief compared to only 45 percent of people taking medication.

The naysayers may never come around to believing in the healing powers of alternative medicine, whether because of rigid thinking or their own personal agendas.  But the rest of us can take heart in the vast body of knowledge that has proven the worth of so many alternative treatments.  Plus, we have a few anecdotal stories of our own.  At any rate, this new study on acupuncture and COPD should give everyone with this type of lung condition some hope for improvement in their breathing.  If they consider all the facts, they may just decide it’s time to pay a visit to a well-qualified acupuncturist.