For some time now, news has been out that the Mediterranean diet leads to longer life. In case you’ve missed the buzz, the diet traditionally includes lots of vegetables, grains, beans, nuts, fruits and fish, but very little meat or dairy. Olive oil replaces other fats, and red wine in moderation is the beverage of choice. Study after study confirms the benefits of following this regimen. For instance, research reported in 2008 found that the diet reduces the likelihood of dying from cancer by up to 20 percent. Plenty of other studies have found that the diet protects against cardiovascular disease, Alzheimer’s, diabetes, and many other conditions.

Now, a new study not only reconfirms these benefits, but also analyzes whether the protective magic results from the synergistic effect of all aspects of the diet working together, or from some particular elements of the diet. The study, out of Harvard University and the University of Athens, followed 23,349 healthy Greek adults for 8.5 years. After rating adherence to the diet on a scale of one to 10, the researchers found a significant relationship between following the diet and reduced risk of mortality. There were only 423 deaths among those with “adherence scores” of five or greater, but 652 deaths among those with scores of four or below.

According to the researchers, some elements of the diet are far more helpful than others. The standout, they found, was red wine, which contributed 23.5 percent to the reduced mortality — but only when consumed in moderation. The authors defined “moderate” as five daily glasses for men and 2.5 for women, taken with meals. At higher doses, the protective effect turns negative. (Five glasses of wine! No wonder the adherents aren’t dying — they’re too relaxed to bother.)

“My advice to people is drink wine unless you like it too much,” said study director Dr. Dimitri Trichopoulos of Harvard. “Excessive drinking is very hazardous to your health and society.” 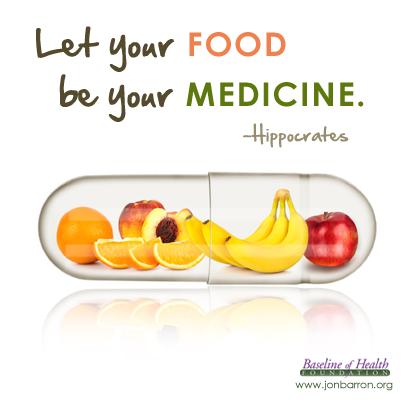 Next in line for the title of most helpful factor was limiting consumption of meat and meat products, which contributed 16.6 percent to the beneficial effect. High vegetable intake (at least five servings daily) came in at 16.2 percent, eating lots of fruits and nuts (at least three servings daily) contributed 11.2 percent, olive oil in place of other fats was 10.2 percent, and eating plenty of beans was 9.7 percent. Interestingly, low dairy intake contributed only five percent, as did high intake of grains. Fish consumption made not one whit of difference.

Many nutritionists expressed surprise at the results, particularly at the elevated benefit from alcohol and the less significant impact of using olive oil or eating fish and grains. They wrote off the insignificant impact from eating fish as due to the fact that many participants ate very little fish anyway, and that fish in the Mediterranean tends to not be of the rich-in-Omega-3s variety, like salmon or cod. As for the nonexistent benefit from eating grains, they rationalized that there are so many different types of grain and you can’t judge all grains in one class.

But at least they did recognize that the results don’t mean that you should go right out and drink five glasses of wine for lunch in lieu of salad. “In order to promote longevity, people have to do several things at the same time. They just can’t focus on one food — just eat blueberries or take a folic-acid pill,” said research-team member Dr. Teresa Fung of Harvard. “It’s a whole lifestyle, whole diet approach for health promotion.”

Dr. Trichopoulos agrees. “Overall diet is more important than individual components, with emphasis on moderate — but not excessive — wine consumption, particularly during meals, preference for olive oil as the main added lipid, low consumption of meat, and high consumption of vegetables, fruits, and legumes,” he said.

Now, what about those five glasses of merlot, given the fact that the red wine controversy bounces back and forth faster than a ping pong ball at a tournament? At the least, do remember that the benefits were conferred only in combination with other elements of the diet. More importantly, though, I’ve reported here that some wine is loaded with heavy metals and that studies link consumption of the stuff with breast cancer and other diseases. Perhaps the difference centers around how the wine gets consumed — as a social nicety in the evening with multiple glasses consumed while out on a date, or as a beverage accompanying a vegetable-rich meal. It also might relate to where the wine comes from — your own organic orchard or the orchard down the street, versus a bottle from a country far away. The jury is still out on this one, but in the interim, it would be wise to drink only organic (when possible) and only with meals — or at the very least, wine from countries that do not produce libations high in heavy metals.

As for avoiding dairy mattering only a little, remember again that most of the participants probably consumed organic, local, raw dairy products, and even at that, a five percent benefit from limiting intake is still significant. It’s a no-brainer to load up the veggies, fruits and nuts, to cut way back on meat (less than four ounces a day), and to substitute monounsaturated fats like olive oil for the saturated stuff. Oh, and let’s not forget about increasing consumption of Omega-3 fatty acids — a concept curiously absent from the study. (In fact, the study’s data does not appear to accurately calculate the effect of fatty acid composition at all.) The biggest factors, though, are to: consider the diet as a whole, try to eat local and organic, and don’t top off your vegetable-heavy, no-meat, wine-rich meal with a mountainous wedge of 10-layer chocolate decadence delight. Then again, you only live once — more or less.