A Green Environment Leads to a Longer Life 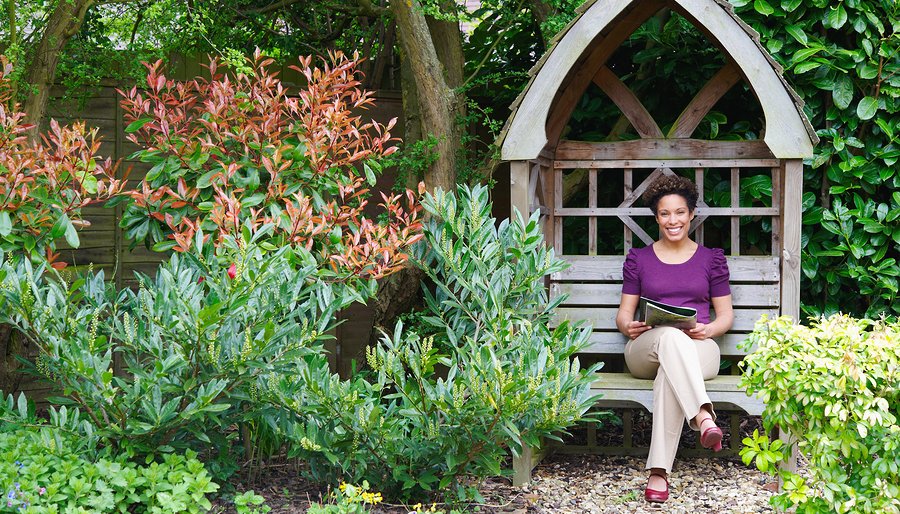 Do you have beautiful landscaping that you painstakingly maintain? Or perhaps you live close to a park full of lush greenery or in the mountains where hiking paths are plentiful. If that’s the case, you are lucky, and not just because you’ve got some beautiful surroundings. New research suggests that women who live in areas with more nature might enjoy greater longevity.

The study, which was conducted at the Harvard T.H. Chan School of Public Health and Brigham and Women’s Hospital in Boston, Massachusetts, found that residing in, or even near, greener environments may extend the lifespan and benefit the mental health of women.1 James, Peter; et al. “Exposure to Greenness and Mortality in a Nationwide Prospective Cohort Study of Women.” Environmental Health Perspectives. September 2016. Accessed 26 April 2017. http://ehp.niehs.nih.gov/15-10363/. These findings were based on data derived from more than 108,000 women between 2000 and 2008. They were all taking part in the Nurse’s Health Study, a long-term investigation into health issues that includes individuals from across the United States.

How did the researchers know how plentiful the shrubbery was near a woman’s home? They used satellite images of the area taken during various seasons over the course of several years. Then, by comparing mortality rates with the amount of greenery close to a woman’s residence, the researchers were able to determine a 12 percent lower rate of death in those living in the most plant-filled areas versus those in the neighborhoods with the least vegetation.

Mental health status was also assessed, based on levels of depression noted in the women’s medical records. The results showed that those who live near nature have an approximately 30 percent lower likelihood of suffering from this kind of mood problem. However, since other types of common emotional difficulties were not included in the study, you can’t necessarily conclude that living in a greener area truly benefits a broad range of mental health issues.

The investigators controlled for a number of variables that might influence the results, such as socioeconomic status and whether a subject was a smoker. But the study was flawed somewhat due to the population sample that only included women. It would stand to reason that men would experience similar positive health effects based on their surroundings, but without including men in the subject pool, we can’t be certain. Maybe men benefit from living near sports bars.

This is among the first research to consider the long-term health benefits of proximity to nature in our daily lives, which also extends for a period of several years across a geographical region as wide and diverse as the United States. And it builds upon other research that has shown advantages to nature exposure. A 2010 study at the University of Essex in the United Kingdom found that just five minutes of exercise in a natural setting benefits mental health.2 Barton, Jo and Pretty, Jules. “What is the Best Dose of Nature and Green Exercise for Improving Mental Health? A Multi-Study Analysis.” Environmental Science & Technology. 25 March 2010. Accessed 27 April 2017. http://pubs.acs.org/doi/abs/10.1021/es903183r.

So what do you do if you are a city dweller who can’t claim to be surrounded by any more greenery than a couple of measly plants in your apartment? Before you go packing up your belongings and heading out to the country, it might be helpful to know that a whopping 84 percent of the current study’s participants resided in an urban area. Therefore, even if you’ve only got one tree on your street, but you live a few blocks away from a park, make use of it frequently so you can still reap some health benefits.

Let’s face it, you could live right in the middle of a national wildlife preserve surrounded by nature, yet spend all your time with your head buried in a smartphone, eat a terrible diet, and never exercise. Chances are very good that you would see no benefit to your green surroundings. This is only one small piece of the puzzle. But it is nice to know that you can walk around your neighborhood appreciating the nature to which you’re exposed and maybe even be getting some health perks along the way.