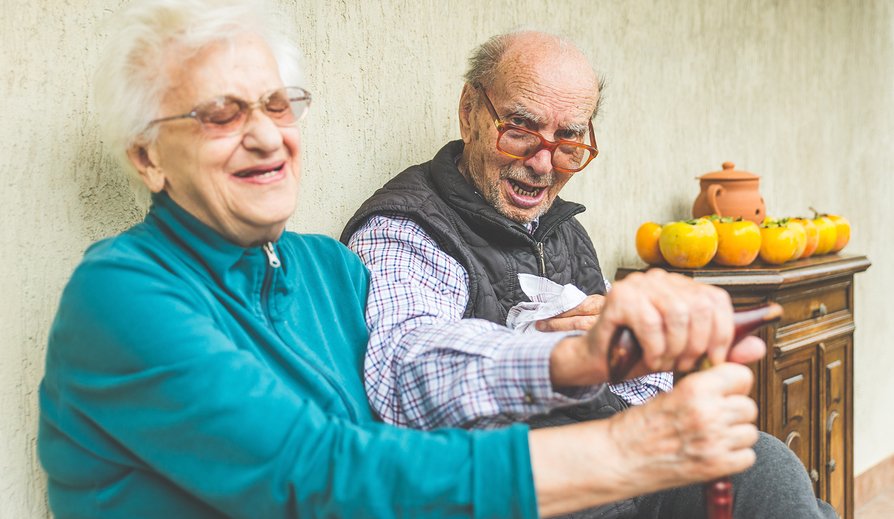 In the US, approximately two people out of every 10,000 live past the age of 100. 1 Ogg, Jon C. “Statistics and Observations of Living to Be 100 Years Old.” 29 May 2015. 24/7 Wall. 8 September 2016. http://247wallst.com/general/2015/05/29/statistics-and-observations-of-living-to-be-100-years-old-centenarians/ And yet, in a small village in Italy called Acciaroli, the numbers look far different. There, one out of every ten residents makes it past their 100th birthday. And twenty percent of those centenarians are over the age of 110! Other places known for longevity—Okinawa, Sardinia, the Seventh Day Adventist enclave in Loma Linda California—don’t even come close.2 Larsen, Dana. “Top 5 Places Where People Live the Longest.” 5 July 2016. Senior Living Blog. 8 September 2016. http://www.aplaceformom.com/blog/2013-03-29-where-people-live-the-longest Why the huge difference? We already know eating a Mediterranean Diet can add years to life, as can exercise, but what other less celebrated factors appear to be correlated to exceptional lifespan?

1. Eating Rosemary. The research in Acciaroli is just beginning, but already, scientists from Sapineza University and the Sandiego School of Medicine in Rome have a hunch. 3 Cockburn, Harry. “Scientists find key to longevity in Italian village where one in five people live to be 100.” 8 September 2016. Independent. 8 September 2016. http://www.independent.co.uk/life-style/health-and-families/health-news/scientists-key-to-longevity-italy-acciaroli-centenarian-mediterranean-diet-a7230956.html In addition to the expected factors involving diet—plenty of locally caught fish, homegrown vegetables and fruit, home raised meat, plenty of olive oil—they found that the locals use lots of the herb rosemary to flavor food.

Rosemary is rich in antioxidants and anti-inflammatory agents. 4 Nordqvist, Joseph. “Rosemary: Health Benefits, Precautions, Drug Interactions.” 15 September 2015. Medical News Today. 8 September 2016. http://www.medicalnewstoday.com/articles/266370.php It also contains carnosic acid, which blocks free-radical damage in the brain and is known to boost blood circulation in the brain. It’s not for nothing that rosemary is known as the “herb of remembrance.” Numerous studies have shown that moderate consumption of rosemary links to significantly improved cognitive functioning, and that, in turn, may diminish vulnerability to Alzheimer’s Disease. 5 Adams, Case. “Rosemary Boosts Memory. May Help Prevent Alzheimers.” Heal Naturally. 8 September 2016. http://www.realnatural.org/rosemary-found-to-boost-memory-may-help-prevent-alzheimers/ Carnosic acid also protects against macular degeneration. Plus, Rosemary appears to inhibit tumor growth, particularly in cases of leukemia and breast cancer. If that’s not enough, it also improves digestion.

There’s no proof yet that rosemary actually is one of the main keys to the extraordinary lifespan of the Acciaroli elderly (they also eat sardines daily), but scientists are continuing to investigate and in the meantime, it couldn’t hurt to sprinkle some of the fragrant herb onto your stir-fry.

2. Starting Pessimistic…Yes, Really.In an extraordinary 80-year longitudinal study called “The Longevity Project,” Stanford University researchers followed 1500 children into old age.6 “Keys to long life: Longevity study unearths surprising answers.” 11 March 2011. Phys.org. 8 September 2016. http://phys.org/tags/longevity/ To the surprise of the scientists, the kids who were the most upbeat and fun-loving fourth-graders did not live the longest. Au contraire. It was those who were the most cautious, deliberate, and persistent and those who kept the brakes on well into midlife who kept on ticking long after their carefree friends had expired. Apparently, expecting everything to turn out all right brings on quite the opposite. The researchers hypothesize that too much exuberance may lead these upbeat folks to take risks and shrug off self-care, while expecting trouble and planning for it apparently has protective benefits—up to a point.

Turning optimistic later in life, it seems, has a protective effect. One study of 545 elderly men found that the optimistic participants in the group had a 50 -percent reduced risk of death compared to their depressed counterparts.7 www.robinquivers.com/blog-post/longevity-belonging-optimism-and-gratitude-correlates-of-good-health

3. Having More Sex.  A number of studies have found that older people who orgasm more frequently live longer. One study of 918 Welsh men published in the British Medical Journal, for instance, found an astounding 50 percent boost in longevity among those men who had the most frequent orgasm compared to those who had the least frequent.8 Smith, Davey G., Frankel, S, and Darnell, J. “Sex and death: Are they related? Findings from the Caerphilly Cohort Study.” BMJ. 20 December 1997. http://www.ncbi.nlm.nih.gov/pubmed/9448525?dopt=AbstractPlus The longevity increase was dose-dependent, meaning the more often the orgasms, the greater the chance of longer-life. Subsequent studies found similar results. According to Dr. Michael Roizen, Chair of the Wellness Institute at the Cleveland Clinic, “For men, the more the better. The typical man who has 350 orgasms a year, versus the national average of around a quarter of that, lives about four years longer.”9 Weiss, Phillip. “The Best Reason to  Have Sex.” Men’s Journal. 8 September 2016. http://www.mensjournal.com/health-fitness/health/the-best-reason-to-have-sex-20121001

While all this research does point to “more is better” in the bedroom, it’s important to note that those enjoying more sex into old age might simply be in better health to start with, which is why they can still frolic on the mattress. Plus, those having more sex are more likely to be in nurturing relationships, which is another standalone factor affecting longevity.

4. Staying in School. Research shows that those with the most years of schooling outlive those with under 10 years in school by an average of three years. It doesn’t hurt to be really smart, either. A Scottish study in 2001 involving 2791 individuals found that a 15-point IQ advantage—say 130 versus 115—translates to a 21 percent increase in duration of life.11 Hambrick, David C. “Research Confirms a Link Between Intelligence and Life Expectancy.” 22 September 2015. Scientific American. 8 September 2016. http://www.scientificamerican.com/article/research-confirms-a-link-between-intelligence-and-life-expectancy/ Twenty additional studies have found similar results. Even controlling for economic factors doesn’t impact these results.

You can’t really do much about your intelligence level, but you can stay in school or go back to school to gain a few years. A 2008 study comparing those with a college degree to those who stopped schooling after graduating high school found that the extra years of education added 10.4 years to predicted lifespan if you’re white, 6.5 years to life if you’re black, and 2.8 years if you’re Hispanic.12 Moeller, Phillip. “Education: A Predictor of Long Life.” 13 August 2012. U.S. News and Money. 8 September 2016. http:/ money.usnews.com/money/blogs/the-best-life/2012/08/13/education-a-predictor-of-longer-life

Of course, eating handfuls of rosemary and enjoying sex twice a day won’t do you much good if you also enjoy daily donuts and slothful nights spent viewing reality TV. You do need to exercise and eat well, preferably a Mediterranean diet, to increase your odds of making it past 100.  But while you’re at it, why not add extra mojo and a dash of rosemary to your longevity plan?