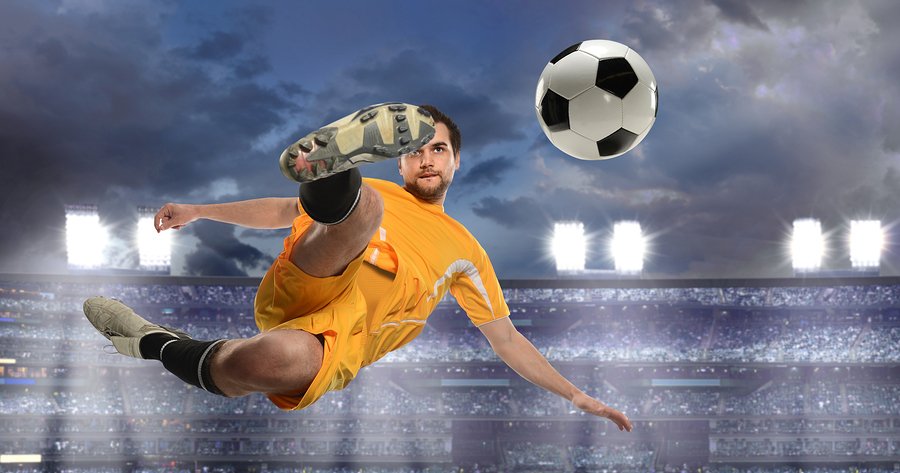 We’ve certainly explored L-carnosine many times before. It’s one of the key ingredients in my anti-aging formula. And even after all these years (LEF and I were among the first in the U.S. to use it as an ingredient back in the late 90’s), it still stands as the single most important anti-aging ingredient available. But today, I want to cover two aspects of this amazing ingredient that I haven’t really covered before.

Carnosine is a dipeptide formed from the naturally occurring amino acids β-alanine and L-histidine. It was discovered in 1900 as a non-protein, nitrogen-containing compound of meat. In humans, it is mostly concentrated in skeletal muscle, which is where athletes try to maximize its potential with β-alanine supplements; but crucially, it is also concentrated In organs throughout the body where it protects proteins and in “excitable” tissue such as the olfactory system, where it is highly concentrated in the olfactory bulb, and the central nervous system and every neuron in the brain, where it acts as a neurotransmitter, neuromodulator, and neuroprotective agent.

In addition to the functions just mentioned, carnosine plays key roles in pH-buffering, metal-ion chelation, and antioxidant capacity as well as the capacity to protect against formation of advanced glycation and lipoxidation end-products. For these reasons, the therapeutic potential of carnosine supplementation has been tested for use in treating numerous diseases in which ischemic (restriction of the blood supply to tissue causing a shortage of oxygen) or oxidative stress are involved. For several pathologies, such as diabetes and its complications, ocular disease, aging, and neurological disorders, promising preclinical and clinical results have been obtained. Carnosine is the real deal.

Many studies have demonstrated that supplemental carnosine acts as an antioxidant in both physiological conditions and in models in which the oxidative damage is induced by xenobiotics (toxic chemicals introduced into the body).1 Alexander A. Boldyrev, Giancarlo Aldini, and Wim Derave. “Physiology and Pathophysiology of Carnosine.” Physiol Rev. 2013 Oct;93(4):1803-45. http://www.physiology.org/doi/full/10.1152/physrev.00039.2012 The antioxidant effect can be explained by considering both a direct scavenging effect towards free radicals and by an increase, sparing, and/or regenerating effect on enzymatic and nonenzymatic antioxidants. In some studies, this antioxidant effect was found to be linked to a reduction in both tissue damage and functional impairment. That’s a big deal.

Even more impressive, at physiological concentrations, carnosine was found to directly react with the superoxide radical in the same manner as superoxide dismutase (SOD)–not significantly different in respect to that of ascorbic acid and alpha-tocopherol.2 Klebanov GI , Teselkin Y , Babenkova IV , Popov IN , Levin G , Tyulina OV , Boldyrev AA , Vladimirov Y. “Evidence for a direct interaction of superoxide anion radical with carnosine.” Biochem Mol Biol Int 43: 99–106, 1997. http://iubmb.onlinelibrary.wiley.com/doi/pdf/10.1080/15216549700203861 Carnosine is also an effective quencher of hydroxyl radicals (·OH).3 Tamba M , Torreggiani A. “A pulse radiolysis study of carnosine in aqueous solution.” Int J Radiat Biol 74: 333–340, 1998. http://www.tandfonline.com/doi/abs/10.1080/095530098141474  And purified carnosine is capable of scavenging peroxyl radicals at a millimolar concentration range, with a potency similar to that shown by l-histidine. (Incidentally, β-alanine is ineffective in this regard, thus suggesting that the radical scavenging activity of carnosine is largely due to the l-histidine residue. This is worth keeping in mind for those looking to raise intramuscular levels of carnosine by supplementing with β-alanine.) To summarize, according to Kim et al., 6 weeks of carnosine supplementation in the diet of rats was found to increase the activities of enzymatic antioxidants such as SOD and glutathione peroxidase.4 Kim MY , Kim EJ , Kim YN , Choi C , Lee BH. “Effects of alpha-lipoic acid and l-carnosine supplementation on antioxidant activities and lipid profiles in rats.” Nutr Res Pract 5: 421–428, 2011. http://synapse.koreamed.org/DOIx.php?id=10.4162/nrp.2011.5.5.421 Furthermore, the supplementation induced a decrease in lipid peroxidation in blood serum, liver tissue, and the skin, and positively modified blood lipid profiles.

Many studies have also reported on the antioxidant activity of carnosine in animal models where the oxidative stress condition in different organs was induced by xenobiotics. The protective effect of carnosine in the liver was studied in a rat model of ethanol-induced chronic liver injury.5 Liu WH , Liu TC , Yin MC. “Beneficial effects of histidine and carnosine on ethanol-induced chronic liver injury.” Food Chem Toxicol. 2008 May;46(5):1503-9. http://www.ncbi.nlm.nih.gov/pubmed/18222027

As we will see later, β-alanine supplementation will not produce these benefits outside of muscle tissue.

Several studies have reported the ability of carnosine to prevent the formation of advanced glycoxidation end-products (AGEs) and advanced lipoxidation end-products (ALEs). These compounds are both involved in the aging process as well as in the onset and propagation of several oxidative-based diseases such as diabetes, atherosclerosis, and Alzheimer’s disease. We have previously explored carnosine’s value in preventing the formation of AGEs, so, for today, let’s focus on its role in preventing ALEs.

Lipoxidation refers to the oxidation of fats in the body, the result of which are byproducts that react with proteins. Current evidence suggests that carnosine’s ability to act as a potent inhibitor of ALEs relates to the ability of carnosine to quench reactive aldehydes, which represent the most abundant class of ALEs precursors.8 Zhou S , Decker EA. “Ability of carnosine and other skeletal muscle components to quench unsaturated aldehydic lipid oxidation products.” J Agric Food Chem 47: 51–55, 1999. http://pubs.acs.org/doi/abs/10.1021/jf980780j , 9 Aldini G , Facino RM , Beretta G , Carini M. “Carnosine and related dipeptides as quenchers of reactive carbonyl species: from structural studies to therapeutic perspectives.” Biofactors 24: 77–87, 2005. http://content.iospress.com/articles/biofactors/bio00785

It should be noted that, unlike carnosine supplementation, β-alanine supplementation is totally ineffective when it comes to preventing the formation of ALEs.10 Aldini G , Carini M , Beretta G , Bradamante S , Facino RM. “Carnosine is a quencher of 4-hydroxy-nonenal: through what mechanism of reaction?” Biochem Biophys Res Commun Volume 298, Issue 5, 15 November 2002, Pages 699-706. http://www.sciencedirect.com/science/article/pii/S0006291X02025457

The Things Carnosine Does that Beta Alanine Does Not Do 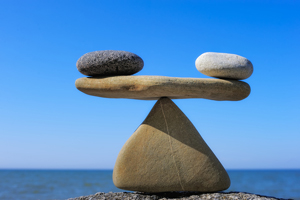 Carnosine is synthesized in animal tissues, especially muscle and brain tissue,19 Hipkiss AR. “Glycation, ageing and carnosine: are carnivorous diets beneficial?” Mech Ageing Dev. 2005 Oct;126(10):1034-9. http://www.ncbi.nlm.nih.gov/pubmed/15955546 and is not contained in any plant foods, which is probably why at least one study has shown vegetarians have 50% or less carnosine in their muscle tissue than non-vegetarians.20 Harris RC, Jones G, Hill CA, et al. “The Carnosine Content of V Lateralis in Vegetarians and Omnivores.” The FASEB Journal. 2007;21:769.20. http://www.fasebj.org/doi/abs/10.1096/fasebj.21.6.A944-a In muscle tissue, beta-alanine is the limiting amino factor in the synthesis of carnosine,21 Everaert I, Stegen S, Vanheel B, Taes Y, Derave W. “Effect of beta-alanine and carnosine supplementation on muscle contractility in mice.” Med Sci Sports Exerc. 2013 Jan;45(1):43-51. http://www.ncbi.nlm.nih.gov/pubmed/22895378 which is why it works as a carnosine supplement for athletes–at least when it comes to improving athletic performance. In other tissue, and systemically throughout the body, not so much. This explains why most study’s for how carnosine improves athletic performance are based on supplemental β-alanine. But when it comes to all the other benefits associated with carnosine (anti-aging, protection of organs including the liver, pancreas, kidneys, and skin), and mitigating diabetes, the studies employ carnosine supplementation, not β-alanine supplementation. Let’s look at a handful of those studies. 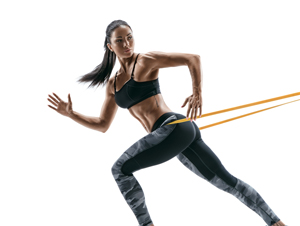 So, if all you’re looking for is to get 80% of the athletic advantages of carnosine at the lowest price, then you’re better off buying a β-alanine supplement. It’s much less expensive than carnosine. High quality, high purity carnosine is very expensive. You can buy formulas made with lesser quality carnosine, but why go there? Better to get a good quality β-alanine formula than cheap carnosine. But keep two things in mind.

The bottom line, then, In terms of athletic performance, is that it comes down to one question is: is a secondary benefit worth a few dollars extra per bottle. And that, of course, is up to the individual athlete.

And finally, let me put in a plug for my own version of a carnosine-based formula that also includes DMAE and acetyl-l-carnitine. These two ingredients both support carnosine’s positive effects throughout your body as well as adding their own complementary benefits. It’s the best of all possible worlds. I’ve been taking it daily for 20+ years now. 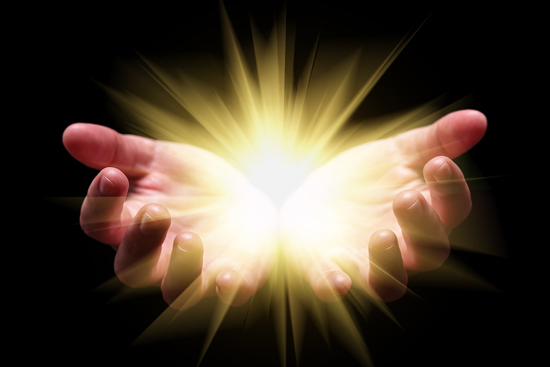