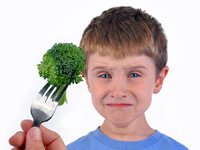 Broccoli seems to be one of those foods that people either love or hate.  Even United States presidents have gone on record, with Barack Obama proclaiming broccoli among his favorites and George H.W. Bush insisting he would never eat it again.  But whether you are a fan or not, broccoli should be a food you want to include in your balanced diet because of the health value found in many of its nutrients.  And now, there just may be another benefit to add to broccoli’s list: protection from osteoarthritis.

A new study at the University of East Anglia in Norwich, United Kingdom, found that one of the components of broccoli, known as sulforaphane, may be helpful in preventing or slowing the progression of osteoarthritis, the most common type of arthritis.1 Jaslow, Ryan. “Broccoli may prevent osteoarthritis, study suggests.” CBS News. 28 August 2013. Accessed 5 September 2013. http://www.cbsnews.com/8301-204_162-57600488/broccoli-may-prevent-osteoarthritis-study-suggests   The researchers initially focused on mice to test the effects of sulforaphane on the joints.  One group of mice was provided large amounts of this compound in their daily diets, while a second group was not fed sulforaphane.  The results indicated that those mice that had been eating significant quantities of sulforaphane had a lower risk of developing osteoarthritis and experienced considerably less damage to their cartilage than the group that hadn’t consumed sulforaphane.

These are promising findings, especially considering the prevalence of osteoarthritis.  It affects approximately 27 million Americans and is more common as we grow older since it’s often connected with wear and tear on the joints.  Osteoarthritis is unfortunately rising in numbers, not only as the population ages but also in middle aged and even younger individuals, primarily due to risk factors such as obesity.2 “Osteoarthritis Questions & Answers.” Brigham and Women’s Hospital. 12 July 2013. Accessed 6 September 2013. http://www.brighamandwomens.org/departments_and_services/medicine/services/rheumatology/services/osteoarthritis/for_patients/default.aspx   Excess pounds contribute to osteoarthritis by placing greater stress on the joints and wearing the cartilage down even faster.

The medical community’s responses to osteoarthritis generally concentrate on the use of pharmaceutical medications to reduce inflammation and to help with pain relief and physical therapy to combat stiffness in the affected joints.  And when these treatments no longer help patients deal with the discomfort of the condition, doctors move them on to injections of corticosteroids and surgeries to replace the damaged cartilage within the joint…or even replace the joint itself with an artificial joint.

That’s why it would be wonderful if foods such as broccoli and Brussels sprouts that are rich in sulforaphane could provide protection from osteoarthritis or at least slow its progression in those already diagnosed.  However, it may be some time before it is clear whether eating a diet rich in sulforaphane will be enough to do the trick, as human tissue may react differently than mouse tissue.  Plus, the mice were given a supplement of sulforaphane rather than getting their dosage from eating broccoli.  Who knows just how much broccoli would need to be consumed to obtain the same results, or whether it would be less effective if the vegetables were eaten after being cooked.

The same researchers are preparing for a very small experiment to start exploring how much of a difference broccoli consumption can make in extreme cases of osteoarthritis.  The work involves 40 subjects with extensive joint damage from osteoarthritis eating broccoli and being tested to measure its effects two weeks prior to scheduled knee replacement surgery.  The only catch is that they are using broccoli that has been formulated to contain higher than usual amounts of sulforaphane, so this not the broccoli that most of us would be eating.  But even plain old regular broccoli—as well as all of its relatives in the cruciferous family—has been found in numerous studies to cut the risks of various types of cancer too.  So even if you’re not worried about osteoarthritis yet, eating broccoli frequently appears to be a healthy choice all around for natural anti aging. Then again, you might want to consider broccoli sprouts, which contain 50 times the sulforaphane, ounce for ounce, VS mature broccoli.3 “Eat Your Broccoli: Study Finds Strong Anti-Cancer Properties In Cruciferous Veggies.” May 18, 2007. Science Daily. (Accessed 6 Sept 2013.) http://www.sciencedaily.com/releases/2007/05/070517100315.htm For even higher concentrations, you can purchase broccoli sprout powder as a supplement. And for proven joint protection, you probably want to supplement with a formula based on avocado soy unsaponifiables.