Recently, a beloved friend called us, distraught, after he got lost leaving our house and couldn’t remember the way home. He’s been slipping for a while and we’ve tried to deny the signs, but we can no longer pretend, much as we’d like to. In the lineup of horrible ways to meet one’s demise or to lose loved ones, few ailments elicit more horror than Alzheimer’s Disease. The truth is that Alzheimer’s Disease affects more people each year than cancer, heart disease, and AIDS combined.1 “Alzheimer’s Research Spending vs. Annual Care Costs.” 19 December 2013. Alzheimer’s. Net. 16 August 2018. http://www.alzheimers.net/research-spending-vs-annual-care-costs/ Sadder yet, there’s still not much that can be done to stop the eventual slide into a nonfunctional state.

We wrote last month about the possibility that viruses trigger Alzheimer’s Disease and how research on that front may open new hope for healing. The good news is that recent research into two other possible solutions seems to be yielding hopeful results.

Flickering Lights and Electrical Stimulation. If you’re old enough to remember dance parties with strobe lights flashing to enhance the psychedelic effect, you’ll be surprised to learn that those flashing lights might have conferred some cognitive benefit. It turns out, according to research at the Massachusetts Institute of Technology, that flashing lights may wipe out amyloid plaque in the brain and normalize disturbed brain wave function.2 Corbly, Andy. “How Flickering Lights or Electrical Stimulation Might Banish Alzheimer’s or Parkinson’s.” 12 August 2018. Good News Network. 17 August 2018. http://www.goodnewsnetwork.org/how-flickering-lights-or-electrical-stimulation-might-banish-alzheimers-and-parkinsons/ The MIT research involved mice, not people, but the results were dramatic, with amyloid plaque being completely eradicated in some of the mice, and it gave scientists hope the method might intervene in the development of Alzheimer’s Disease in humans. Research director Li-Huei Tsai commented, “The result was so mind-boggling and so robust, it took a while for the idea to sink in, but we knew we needed to work out a way of trying out the same thing in humans.”

Apparently, in Alzheimer’s Disease as well as certain other neurological and psychiatric disorders, brain waves become disrupted, particularly the high-frequency Gamma Waves that normally exist during REM sleep. The experimental evidence indicates that flickering lights or similar technologies that involve alternating stimulation help neurons to fire correctly, which can restore normal brain wave oscillations. At present, at least 24 clinical studies are underway to test out the efficacy of flickering lights and similar technologies on reducing Alzheimer’s symptoms. Some studies focus on lights, others on exposure to rhythmic sounds, and most on delivering alternating electrical brain stimulation via a method called Transcranial Alternate Current Stimulation (tACS).

TACS is painless, and delivered via electrodes worn on the head, often during sleep. In an early study, Dr. Flavio Frohlich at the University of North Carolina tested 16 “normal” subjects who wore electrodes and received electrical brain stimulation for two consecutive nights.3 Matchar, Emily. “Could This Painless Brain Stimulation Help Treat Depression and Alzheimer’s?” 10 August 2016. Smithsonian Magazine. 17 August 2018. http://www.smithsonianmag.com/innovation/could-painless-brain-stimulation-help-treat-depression-alzheimers-and-schizophrenia-180960083/ On one of those nights, the stimulation involved tACS, and on the other it was a sham. Sure enough, after the night of the real tACS stimulation, the subjects showed a dramatic improvement in memory function. Dr. Frohlich commented, “Essentially if you look at the [memory] gain you get just by sleeping—and you do get a memory benefit just from sleeping—when we stimulated, it was almost twice as much.” Meanwhile, a study involving LED headsets delivering transcranial direct current stimulation (stimulation by light directed at specific parts of the brain) found that Alzheimer’s patients who wore the headsets for 15 minutes became able to speak in complete sentences and feed themselves after three months, though they previously had lost those abilities.4 “LED headset shows promise for Alzheimer’s, brain injuries.” 24 March 2017. DIY TDCS. 17 August 2018. http://www.diytdcs.com/2017/03/led-headset-shows-promise-for-alzheimers-brain-injuries-city-news/

Those positive results give researchers hope that the method might also work with Alzheimer’s patients. Right now, several studies at Harvard Medical School are investigating using tACS with Alzheimer’s sufferers, with results due in by the end of the year.5 http://clinicaltrials.gov/ct2/show/NCT03290326

TGF beta 1. Brazilian researchers are focusing on a protein called Transforming Growth Factor beta 1 (TGF beta 1).6 “Scientists achieve breakthrough in treatment for disrupting Alzheimer’s in animal models.” 12 July 2017. Fundacion Carlos Slim. 17 August 2018. http://www.salud.carlosslim.org/english2/scientists-achieve-breakthrough-in-treatment-for-disrupting-alzheimers-in-animal-models/ The researchers found that when levels of TGF beta 1 are reduced in the brain—and as we age, our levels of TGF beta 1 naturally decline—inflammation increases and that makes it difficult for neurons to communicate with each other. After the researchers injected TGF beta 1 into rodent brains, the rodents could recall objects they previously had forgotten. The researchers say that while the treatment helped with recovery of recent memory, they don’t know how it will impact later-stage Alzheimer’s symptoms since short-term memory loss happens early in the progression of the disease. And of course, it’s a long path from animal trials to a useful treatment for humans.

In any event, if you want to keep up your stores of TGF beta 1, you can take a product containing Avocado soy unsaponifiables (ASU), since ASU can trigger the production of TGF beta 1. 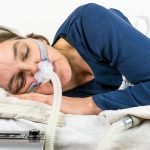