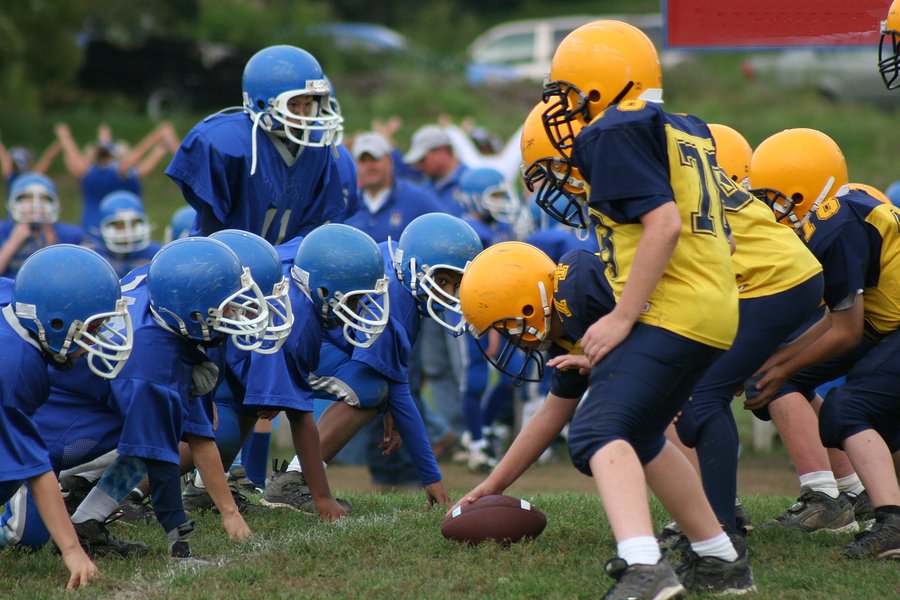 Most of us strongly encourage our children to play sports. While we know it’s not likely that we have the next Mia Hamm or Peyton Manning sitting across the kitchen table, learning a sport or two has lots of positive benefits. Kids learn teamwork, strategic thinking, and the art of winning and losing gracefully…all while strengthening their muscles and getting lots of exercise. But there is a potential downside to sports participation that has recently come to light once again because of problems experienced by professional athletes. Head injuries sustained while playing certain sports have strongly been linked with an increased risk of developing dementia.

A report just released by the National Football League and NFL Players’ Association recognized that close to 30 percent of former NFL players are likely to be diagnosed at some point with Alzheimer’s disease or another form of dementia.1 Worland, Justin. “3 in 10 Former NFL Players Will Get Alzheimer’s, Dementia.” Time. 12 September 2014. Accessed 17 September 2014. http://time.com/3342795/nfl-concussions-alzheimers-dementia Their risk was found to be double that of a typical adult. And not only is the risk of NFL players developing dementia considerably higher, but the findings showed that the onset of the condition occurred at a much younger age than in the general public.

These determinations were based on research that began in 2001, with surveys completed by close to 4,000 retired NFL players that included questions about injuries. This was followed up in 2008 with new questionnaires for the 905 participants who were over the age of 50. A portion of the follow-up questionnaire was assigned to be completed by the player’s wife, who could more accurately report on the player’s cognitive and memory skills. There were 513 of the wives who responded, and 35 percent suggested their husbands were experiencing mental decline. As a comparison, according to the Alzheimer’s Association, the majority of people diagnosed with dementia are at least 65 years old.

These results were used as the basis for a settlement allocating $675 million to treat former players with cognitive issues related to injuries sustained in football, another $75 million earmarked for neurological testing, and a $10 million stipend designated for research in this area. (A subsequent revision to that settlement “uncapped” the $675 million for treatment.) The NFL statistics show that 228 concussions were diagnosed among players in practices and games during the preseason and regular season in 2013 alone. And while the NFL has been the sport in the news recently because of the sizable settlements associated with the risk to the players’ brains, don’t think that these injuries are only sustained by the pros or are limited to this sport only. According to the American Association of Neurological Surgeons, the number of head injuries for kids 14 and younger playing football is 21,878 annually. Soccer came in at a surprising 8,392 head injuries, water sports (diving, scuba diving, surfing, swimming, water polo, water skiing, and water tubing) at 12,843, skateboards and scooters at 14,783, basketball at 14,952, and baseball and softball almost matched football at 18,246. The big surprise is that cycling crushed them all at 40,272 head injuries in 2012.2 “Sports-Related Head Injury.” American Association of Neurological Surgeons. Accessed 19 September 2014. http://www.aans.org/patient%20information/conditions%20and%20treatments/sports-related%20head%20injury.aspx But once you include all high school, college, and adult athletes playing these sports, they all produce more head injuries than football–including NFL injuries.

In fact, brain injuries can result from many different types of trauma to the head, not just those that occur during sports. A 2011 study at the University of California San Francisco found that veterans of the armed forces who experienced a head injury faced more than twice the risk of developing dementia than their peers without such injuries.3 Laino, Charlene. “TBI in Vets May Raise Dementia Risk, According to New Report.” Neurology Today. 18 August 2011. Accessed 19 September 2014. http://journals.lww.com/neurotodayonline/Fulltext/2011/08180/TBI_in_Vets_May_Raise_Dementia_Risk,_According_to.3.aspx The subjects were 281,540 former military staff who were at least 55 years old. Each of them had been treated at a Veterans Administration hospital between 1997 and 2000, and revisited for some level of follow-up between 2001 and 2007. The participants did not have a diagnosis of dementia when the study began.

However, nearly 5,000 of the subjects had at some point received a traumatic brain injury. This subgroup of veterans was found to have a 15.3 percent risk of developing dementia over the seven years of the study, which was considerably higher than the 6.8 percent risk of those without a brain injury.

It is unclear how much damage needs to occur before the risk of dementia starts rising, or whether the brain can fully bounce back from any traumatic injury. Ultimately, while certain sports and career choices may leave us more vulnerable to developing cognitive problems over time, all of us should take care to protect our brains. That means always wearing a helmet when riding a bicycle, using seat belts religiously, and abstaining from activities that are more likely to incur head trauma if you’ve already sustained a concussion or other form of brain injury.