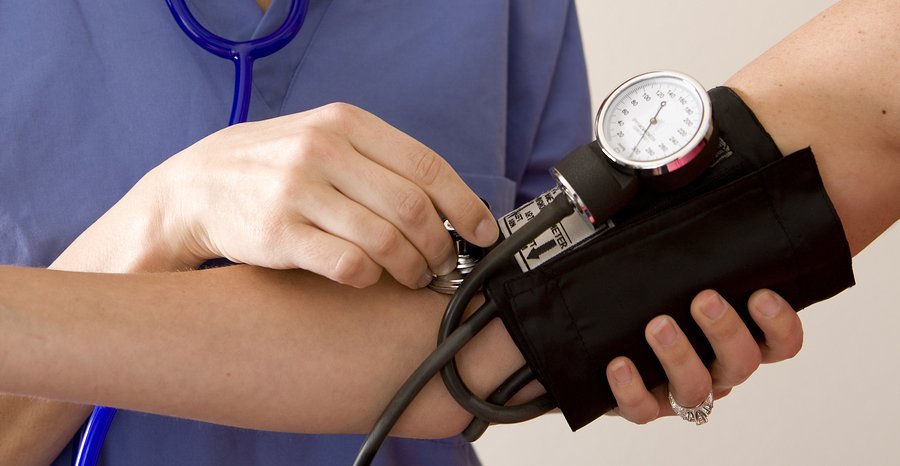 You go to the doctor for your annual checkup, and you’re told that your blood pressure is a little high. No big deal, since you’re not yet considered hypertensive; it’s something to just keep an eye on. But this may actually be a big deal. According to new research, having even somewhat elevated blood pressure might mean developing cognitive problems later in life.

The study, which took place at the French National Institute of Health and Medical Research in Paris, found that higher blood pressure levels during middle age are associated with an increased risk of dementia as a senior citizen.1 Abell, Jessica G.; et al. “Association between systolic blood pressure and dementia in the Whitehall II cohort study: role of age, duration, and threshold used to define hypertension.” European Heart Journal. 12 June 2018. Accessed 16 June 2018. http://academic.oup.com/eurheartj/advance-article/doi/10.1093/eurheartj/ehy288/5032485. The results are based on data collected for the Whitehall II study, a long-term investigation of health-related issues in British men and women working in civil service positions. For the current investigation, the health records of 8,639 individuals were evaluated for the years 1985, 1991, 1997, and 2003.

Among the segment of subjects who were approximately 50 years old, those with a systolic blood pressure of 130 mmHg or above had a 45 percent higher risk of developing dementia over time compared to their age-group peers who had a lower blood pressure. This is particularly significant since a systolic blood pressure reading of 130 mmHg is not considered as having hypertension; that threshold is 140 mmHg. What’s more, the participants with these slightly higher blood pressure levels had no diagnosed heart issues or blood vessel problems, offering a false sense that they actually had a clean bill of health.

Interestingly, the same link between blood pressure levels and dementia risk was not seen in people with similarly elevated blood pressure when they were at the age of 60 or 70. It is possible that the damage takes place incrementally over time at these constant low levels and therefore it is more dangerous in those who are younger.

A second study, this one performed at Sapienza University of Rome in Italy, took a different approach but came up with similar findings.2 Carnevale, Lorenzo; et al. “Brain MRI fiber-tracking reveals white matter alterations in hypertensive patients without damage at conventional neuroimaging.” Cardiovascular Research. 12 June 2018. Accessed 17 June 2018. http://academic.oup.com/cardiovascres/advance-article/doi/10.1093/cvr/cvy104/5033438. This investigation involved taking MRI scans of volunteers between the ages of 40 and 65, all of whom were patients at the Regional Excellence Hypertension Center of the Italian Society of Hypertension.

The scans showed notable changes in three different white matter fiber-tracts, which are important pathways connecting various parts of the brain, all of which were not detectable through typical neuroimaging techniques. And when asked to perform a series of cognitive tests, the subjects with high blood pressure were already showing clear signs of impairment in numerous areas, including memory, related learning tasks, and processing speed.

These are not the first investigations to show there are great potential dangers to hypertension, even levels that are not considered particularly problematic to the medical community at large. A 2011 study a the University of California, San Diego found that having a blood pressure reading just a little above the normal range but below what is considered hypertensive is associated with a 50 percent greater risk of stroke.

So, what does this mean for you? It’s a good reminder that you need to take charge of all aspects of your health within your control, including your blood pressure. Yes, a family history of hypertension is a risk factor, but so are your weight, activity level, and alcohol consumption habits. If you’re overweight, make changes to your diet to cut out a lot of the empty calories in favor of nutritious foods and see what a difference it makes. Take up a daily exercise routine.

If you have been borderline hypertensive—which the current study shows is already well into the danger territory for your cognitive abilities over time—getting fitter and healthier will help bring your blood pressure down as well. This will also help you avoid having your doctor prescribe pharmaceutical medications to lower your blood pressure, which have been linked with everything from dizziness to kidney damage. Making lifestyle changes is certainly a better approach to keeping both your cardiovascular system and brain healthy for years to come.

There are also several natural remedies that can help lower blood pressure over time. For example, over about 12 weeks, if taken every day, both garlic and ginger can lower blood pressure. Likewise, both omega-3 and L-arginine supplements can be helpful. And hawthorn berry and cat’s claw extracts have proven useful.

The bottom line is that it’s important to optimize your blood pressure, and there are many natural options that can get you there—before you need to ring up your doctor for a prescription.