In certain places, it may be dangerous to simply breathe the air. Air pollution levels can be high enough to impact your respiratory system, your cardiovascular system, and, as we will discuss today, even your brain. In cities where air pollution is a bad problem, it has been linked to cognitive decline. And potentially even more frighteningly, new research suggests that heavy air pollution might begin doing damage to the brain in early childhood.

The study, which was conducted by a team of scientists from several institutions in the United States and Mexico, found that certain biomarkers commonly associated with Alzheimer’s disease were present in children, teenagers, and young adults living in an area with heavily polluted air.1 Calderon-Garciduenas, Lilian; et al. “Non-Phosphorylated Tau in Cerebrospinal Fluid is a Marker of Alzheimer’s Disease Continuum in Young Urbanites Exposed to Air Pollution.” Journal of Alzheimer’s Disease. 12 December 2018. Accessed 2 January 2019. http://content.iospress.com/articles/journal-of-alzheimers-disease/jad180853 These results are based on an investigation focused on Metropolitan Mexico City, a region known to have air pollution problems significant enough for government officials to issue warnings recommending inhabitants remain indoors.

The subjects were 507 young residents of Metropolitan Mexico City, with an average age of just under 13 years old, as well as others in the same age range residing in cities with low air pollution levels to serve as a control population. Cerebrospinal fluid samples were taken from all of the participants and analyzed for the presence of Non-P-Tau antibodies, which are a biomarker of Alzheimer’s disease, and damage to the axons, which are nerve fibers responsible for transmissions between the brain and nervous system.

Levels of Non-P-Tau were shown to markedly increase with age in the volunteers living in Mexico City compared to their peers in other cities. This is extremely concerning since the presence of Non-P-Tau is typically indicative of early damage to the nerves of the brain as well as to the development of Alzheimer’s disease over time.

Metropolitan Mexico City was likely selected as the focal point of this study because it is well known to have extremely high levels of air pollution. In fact, children raised in the area have lifetime exposure rates to concentrations of air pollutants that exceed what is deemed acceptable in the United States. That being said, there are also millions of people throughout the U.S. who reside in places—such as Los Angeles and Lancaster, Pennsylvania—where they are regularly exposed to air pollutants that exceed what is considered a safe level. And keep in mind that air quality has improved markedly over the last 20 years.

These pollutants include ozone, which is produced when gases emitted by cars, chemical plants, refineries, and the like react with sunlight; and fine particulate matter, which are tiny, inhalable particles that come from a variety of sources including construction sites, smokestacks, wildfires, and cars. And we know that air pollution from sources such as these can have negative effects on the brain. A 2018 study at the Yale School of Public Health in New Haven, Connecticut showed that living in an area with high air pollution is connected to significant cognitive decline, and the effect increases with age.2 Zhang, Xin; et al. “The impact of exposure to air pollution on cognitive performance.” Proceedings of the National Academy of Sciences. 27 August 2018. Accessed 3 January 2019. http://www.pnas.org/content/115/37/9193

So, what do you do if you’ve been living for years in a city with bad air pollution? Moving to a cleaner environment would be the obvious answer, but probably not a realistic solution for most people. There are, however, ways to improve your situation and remain in your current location.

Invest in a good air filtration system that can remove many of the harmful particles from your home. Limit the amount of time you spend outdoors, especially when air quality reports are particularly bad. Get your exercise indoors at home or at a gym. And don’t be shy about wearing a face mask if you need to be outside for an extended period of time.

It’s also important to take a few steps to bolster your brain health. Listening to classical music, developing new skills, and completing crossword puzzles have all been found to help prevent cognitive decline. Do regular heavy metal detoxing to rid your body of some of the toxins in the air you breathe, and use a full spectrum antioxidant supplement to diminish the damage done by the polluted air. And finally, consider using an L-carnosine based supplement to help protect against cell damage caused by beta-amyloid (AKA amyloid-beta, amyloid ß-protein, and Aß), one of the prime suspected protein risk factors for Alzheimer’s. The presence of beta-amyloid leads to damage of the nerves and arteries of the brain. Carnosine blocks and inactivates beta-amyloid.3 Preston, J.E., A.R. Hipkiss, D.T. Himsworth, et al. “Toxic Effects of Beta-amyloid(25-35) on Immortalised Rat Brain Endothelial Cell: Protection by Carnosine, Homocarnosine and Beta-alanine.” Neurosci Lett 242:2 (February 1998): 105–108. http://www.ncbi.nlm.nih.gov/pubmed/9533405 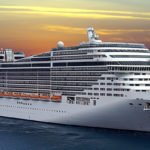