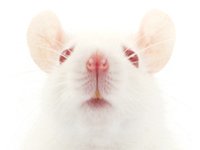 You’ve got to wonder when a major medical journal retracts a peer-reviewed study one year after publication, claiming, in essence: “Oops! Our bad. We didn’t mean to publish that research because it wasn’t conclusive enough.” How do you explain the fact that one day a panel of experts finds a study suitable for publication, then a year later reverses itself? Even without knowing the content of the study, you might suspect that somehow, politics are involved.

The study in question appeared in the September, 2012, edition of Food and Chemical Toxicology, published by Elsevier. It found that rats fed pesticide-resistant GMO corn developed by Monsanto developed breast tumors or liver disease at an alarming rate. Last week, however, Elsevier announced it was retracting the article not because of fraud, misrepresentation, or inaccurate data, but because, “Ultimately, the results presented (while not incorrect) are inconclusive, and therefore do not reach the threshold of publication for Food and Chemical Toxicology.”1 Jaslow, Ryan. “Journal retracts genetically modified corn study that found tumor risk in rats.” 29 November 2013. CBS News. 29 November 2013. http://www.cbsnews.com/news/journal-retracts-genetically-modified-corn-tumor-rats-study

The press, naturally, has focused on the retraction, ignoring the fact that nobody says the original study was incorrect. And the study did indeed expose some startling facts. The research, led by Dr. Gilles-Eric Seralini of Caen University in France, involved 200 rats divided into groups of 10. Some of the rats got fed GMO corn that was bred to be herbicide-resistant by the Monsanto Company. That corn was sprayed with Round-Up, which is also a Monsanto product. Meanwhile, the control rats ate non-GMO, corn-based diets.

In spite of Monsanto’s claims that Round-Up is “not a carcinogen” and that it “has very low acute toxicity,” the female rats fed the genetically modified corn developed breast tumors and died at more than three times the rate of the female rats on normal diets.2 Backgrounder: Summary of Human Risk Assessment and Safety Evaluation on Glyphosphate and Round-Up Herbicide.” May 2005. Monsanto Imagine. 29 November 2013. http://www.monsanto.com/products/Documents/glyphosate-background-materials/gly_human_risk.pdf

The males eating the GMO corn did not develop tumors, but they did contract liver disease and died at almost twice the rate of the rats eating regular corn. Published photos of the cancer-ridden rats showed huge tumors, some so large they interfered with organ function.

As soon as the study got published, a hailstorm of vocal critics raised a fuss, deluging the journal with outrage, saying the sample size was too small and the type of rat used had a tendency to get tumors anyway, so it didn’t count. There were even allegations of fraud.3 “Elsevier Announces Article Retraction from Journal Food and Chemical Toxicology.” 28 November 2013. The Wall Street Journal. 29 November 2013. http://online.wsj.com/article/PR-CO-20131128-907680.html?dsk=y The journal responded by supposedly conducting, a “more in-depth analysis” which in the end “showed that no definitive conclusions can be reached with this small sample size… in regards to overall mortality or tumor incidence.”

In fact, Jon Barron himself eviscerated the study shortly after it was published, concluding, “There is much to dislike about Roundup and GMO corn, but it is not found in the French study. And coming to absolute conclusions based on one badly done, agenda driven, rat study is not only bad science; it’s bad health.

But that’s not the issue we’re confronting today in the face of the study’s retraction. It wasn’t retracted for its flaws. It was retracted because it was deemed “inconclusive.” But as anyone who follows medical news knows, many small, published studies fail to reach definitive conclusions, and yet they remain in print. So often we see studies ending with the words “more research will be needed” or “these results are preliminary.” Why do those studies escape objection, while this one received such a hostile reception?

Certainly, Dr. Seralini thinks there’s something unsavory going on, and he has threatened to sue Elsevier. He notes, for one thing, that the objection about the type of rats used should be viewed in light of the fact that Monsanto used the same type of rats in its own study that led to European approval of the corn.4 Pollack, Andrew. “Paper Tying Rat Tumors to Herbicide is Retracted.” 28 November 2013. The New York Times. 29 November 2013. http://www.nytimes.com/2013/11/29/health/paper-tying-rat-cancer-to-herbicide-is-retracted.html?_r=0 In fact, that type of rat is the most commonly used in industry feeding studies.5 “Seralini and Science: An Open Letter.”2 October 2012. Independent Science News. 29 November 2013. http://www.independentsciencenews.org/health/seralini-and-science-nk603-rat-study-roundup

According to a letter sent to the Independent Science News and signed by well over 100 distinguished scientists from every continent around the globe, including Dr. David Shubert of the Salk Institute, Jack Heinemann of the University of Canterbury, and Jonathan Latham of The Bioscience Resource Project, the retraction represents the latest in a “history of attacks [by Monsanto] on risk-finding studies [involving Monsanto products].”6 “Seralini and Science: an Open Letter.” The letter cites, among other examples, a 2001 campaign to discredit a paper published by Ignacio Chapela of UC Berkeley on GMO corn contamination in Mexico. That campaign, the paper says, was spearheaded by a public relations firm specializing in viral marketing that Monsanto often hires.

The paper also points out that while risk-finding studies that find detrimental effects associated with GMO food often are discredited because of “an inadequate experimental design… the same issues of experimental design and analysis raised about this (Seralini) risk-finding study were not of concern to critics when the studies did not identify risk.” In other words, what’s good for the goose–in this case Seralini–should be good for the gander (Monsanto).

It’s interesting to note that the retraction closely follows the appointment of a new associate editor to Food and Chemical Toxicology.7 Robinson, Claire. “Journal retraction of Seralini study is illegal, unscientific, and unethical.” 27 November 2013. GM Watch. 30 November 2013. http://www.gmwatch.org/index.php/news/archive/2013/15184-journal-retraction-of-seralini-study-is-illicit-unscientific-and-unethical And guess where that new editor used to work? That’s right! Richard E. Goodman comes to Elsevier right from Monsanto and still is an affiliate of the GMO industry-funded group, the International Life Sciences Institute. It’s also interesting to note that since Goodman’s appointment, another study that associated GMO corn with harmful effects also was retracted. That study, from Brazilian researcher Dr. B. P. Mezzomo, immediately found another publisher in The Journal of Hematology and Thrombosis Disorders.

Most likely, as Jon Barron pointed out, Dr. Seralini’s study really was flawed. Perhaps most of Dr. Seralini’s contemporaries who criticized study sincerely dispute the results. Even so, it’s difficult not to raise an eyebrow about the circumstances of its retraction–not to mention the fact that the studies published in support of GMO foods use the same lab rats and are even more flawed. As the Independent Science News points out, “When those with a vested interest attempt to sow unreasonable doubt around inconvenient results, or when governments exploit political opportunities by picking and choosing from scientific evidence, they jeopardize public confidence in scientific methods and institutions, and also put their own citizenry at risk.”