Research on Tumeric For Osteosarcoma

One of most common forms of bone cancer is known as osteosarcoma. While it can occur at any age, osteosarcomas most frequently develop in young people between the ages of 10 and 30. Since surgically removing a malignancy from bones is difficult, osteosarcoma is typically treated with chemotherapy. But since chemotherapy is associated with dangerous complications for everyone—and the situation is even worse for children whose bones are still growing—alternative, natural treatments are being tested.

New research, which took place at Washington State University in Pullman, found that the spice turmeric may hold great promise for effectively treating bone cancer without all the side effects associated with chemotherapy.1Sarkar, Naboneeta and Bose, Susmita. “Liposome-Encapsulated Curcumin-Loaded 3D Printed Scaffold for Bone Tissue Engineering.” ACS Applied Materials and Interfaces. 15 May 2019. Accessed 6 July 2019. http://pubs.acs.org/doi/10.1021/acsami.9b01218. These results are based on an investigation that focused on the effects of turmeric’s active ingredient, curcumin, in people with osteosarcoma. Curcumin is an antioxidant that has anti-inflammatory properties.

Since pure curcumin is not readily absorbed by the body, the researchers focused on concentrating its bioavailability by placing it into a capsule comprised of fat molecules and housing that within a structure made of calcium phosphate. The structure was then used in bone implants. All the participants were provided with bone implants, but only some received the curcumin-based version. In just 11 days, those volunteers being treated with curcumin demonstrated a 96 percent greater inhibition of osteosarcoma cell growth compared to their peers in the control group. What’s more, the curcumin implants stimulated a greater amount of healthy bone growth.

While this study was not designed to prove cause and effect, and therefore we can’t say definitively that the curcumin alone produced these positive results, it most certainly demonstrated a link between curcumin and slowing tumor growth. And if you know a little about curcumin, it’s not hard to see why that might be.

Curcumin is a powerful anti-inflammatory that works by blocking NF-kB. NF-kB stands for Nuclear Factor kappa-light-chain-enhancer of activated B cells. It is not a single protein, but a small family of transcription factors that play an important role in almost all human cells. In addition to switching on the genes that produce inflammation in the nuclei of cells, NF-kB i controls transcription of DNA, cytokine production, and cell survival.

Curcumin Is An Antioxidant

Free radicals do a lot of damage to our bodies over time at the cellular level and set the stage for diseases such as cancer. But antioxidants like curcumin can prevent free radicals from wreaking havoc. And as an added bonus, studies have found that curcumin triggers the body’s antioxidant enzymes into action to offer further protection.

Curcumin Is A Cancer Cell Killer

The current research is not the first to provide evidence of curcumin as a potent cancer fighter. A 2015 study at the University of Manitoba in Canada showed that curcumin weakens and potentially even disables certain types of cell-signaling pathways, inhibiting tumor growth.2Devassy, JG; et al. “Curcumin and cancer: barriers to obtaining a health claim.” Nutrition Reviews. March 2015. Accessed 7 July 2019. http://www.ncbi.nlm.nih.gov/pubmed/26024538.

Adding Curcumin to Your Daily Routine

With the many health benefits of curcumin beyond cancer treatment and prevention—including protection from heart disease and dementia—it is wise to consider increasing your intake of turmeric. You can certainly add more of the spice to your cooking, particularly by trying traditional Indian dishes such as curries that rely heavily on turmeric.

But unfortunately, even if you eat foods flavored with turmeric every day, you will probably not gain the full advantages of curcumin because there is still just a small amount of it in the spice and your body will not easily absorb it all. Your better bet is to start taking a daily natural supplement that contains curcumin to ensure an adequate intake. Look for a supplement that balances out the three main chemical compounds—Curcumin, Demethoxycurcumin, and Bisdemethoxycurcumin—collectively known as Curcuminoids.  Also, to increase your absorption, take the supplement with a meal that contains healthy fats since curcumin is fat soluble. 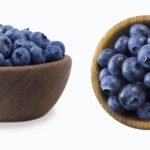