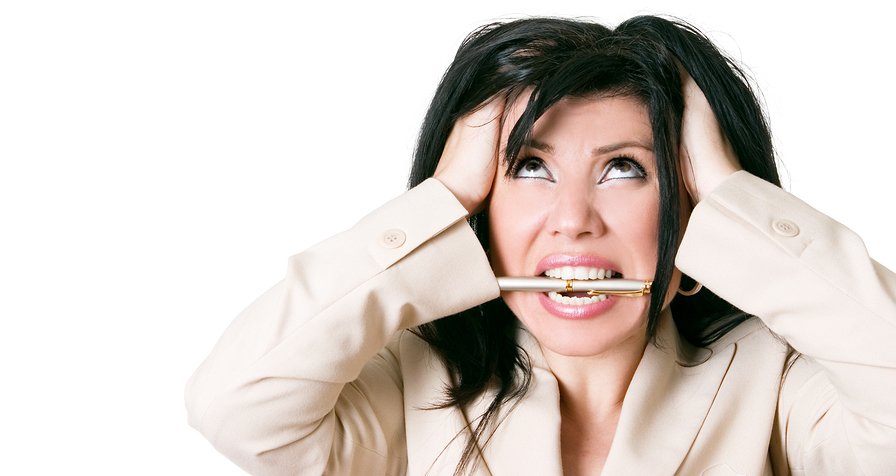 January 21st was the week of the Women’s March, and some may say women have nothing to march for—they’re well integrated into the workforce and pepper the U.S. ruling power structure. But studies reveal that women are still underpaid, denied advancement in the workplace, still shoulder a disproportionate share of the domestic burden, and are generally overloaded to the point where they suffer extraordinary pressure; and such overload leads to poor lifestyle habits.

A recent survey of 2000 women by Garnier Fructis (yes, the shampoo people) found that the average woman doesn’t have enough hours in a day to complete her tasks.1 Renner, Ben. “Frizzy Hair, Frazzled Nerves: Women Need an Extra 82 Minutes a Day Just to Get Everything Done!” 17 January 2019. Study Finds. 19 January 2019. http://www.studyfinds.org/frizzy-hair-frazzled-nerves-women-need-82-extra-minutes-per-day/ In fact, she needs 82 more minutes daily than are available to get everything done. Seven in 10 women said they always feel rushed when they leave their homes. A full 38 percent said they hadn’t had an afternoon to themselves in more than a month. If they were given more time in the day, about half the women said they’d use it to sleep, indicating they aren’t getting enough z’s. Thirty-six percent would use the time to read, and about a third would use it to exercise.

Some of that stress may be a result of the fact that women still do more domestic work than men, and they’re not recognized or rewarded for those efforts. A recent survey found that 83 percent of women, but only 65 percent of men, spent some time doing household activities such as housework, cooking, lawn care, or financial and other household management tasks each day.4 http://panthernow.com/2016/02/25/61999/ Another study, from the Bureau of Labor Statistics, found that on a typical day, 49 percent of women did some housework (cleaning, laundry, etc.) versus only 19 percent of men.5 Sifferlin, Alexandria. “Women are Still Doing Most of the Housework.” 18 June 2014. Time Magazine. 20 January 2019. http://time.com/2895235/men-housework-women/ In the kitchen, 42 percent of men contributed by cooking or cleaning dishes, while 68 percent of women took that responsibility. Certainly, women bear the bulk of childcare responsibilities. While 42 percent of working mothers say they have taken time off from work at some point in their careers to care for children or other family members, only 28 percent of men report doing so.6 Parker, Kim. “Despite progress, women still bear a heavier burden than men in balancing work and family.” 10 March 2015. Pew Research Center FactTank. 19 January 2019. http://www.pewresearch.org/fact-tank/2015/03/10/women-still-bear-heavier-load-than-men-balancing-work-family/ Also, though it seems trivial, women tend to spend more time getting ready to go out because their beauty routines take longer than do mens’. (And keep in mind, it’s not just vanity; there is an expectation that women look good when out in public.)

On the other hand, men spend an average of 53 minutes more a day at their jobs than women do. The difference is that work outside the home usually reaps a paycheck and sometimes earns recognition, power, and other rewards, so it may not lead to burnout as readily as domestic work. Also, studies show that women tend to do more “surface acting” than men even at work, displaying positive emotions they may not feel in order to garner favor professionally. This, too, is stressful.

According to research published in the journal Personality and Individual Differences, women react more to stress than men do. The article noted, “Although there was no difference in the number of life events experienced in the previous two years, the women rated their life events as more negative and less controllable than the men. The results of this study suggest that women suffer more stress than men… ”

Women tend to get anxious and depressed when exposed to stress, whereas men tend to act out by drinking or carousing, according to one study.7 Grohol, John, Psych.D.  “Women and Men React Differently to Stress.” 8 July 2018. PsychCentral. 22 January 2019. http://psychcentral.com/blog/women-and-men-react-differently-to-stress/ Another study found that women experience nervousness, a desire to cry, and lack of energy. Men, on the other hand, develop insomnia, irritability, and anger—once again acting out, rather than internalizing stress reactions.  Perhaps because women are more likely to internalize, twice as many women suffer from depression compared to men.

Likewise, stress drives women to the doctor more than it does men, and women report higher rates of stress-related illnesses such as hypertension, depression, anxiety, and obesity. An American Psychological Association study found that 41-percent of women report stress headaches versus 30 percent of men.8 “Gender and Stress.” American Psychological Association. 22 January 2019. http://apa.org/news/press/releases/stress/2010/gender-stress.aspx Thirty-two percent experience stress-related digestive issues, versus only 21 percent of men. But interestingly, men are more likely to die as a result of stress than women are. Dr. Beverly Thorn of the University of Alabama explains, “The really interesting gender difference is that women… present for treatment more frequently and have a greater number of stress-related disorders than men, but men die more frequently of stress-related illnesses — heart disease, cancer, and auto-immune disease.”

Biochemical reasons underlie the gender differences in stress reactions. In women, stress causes a significant amount of the hormone oxytocin to be released in the brain, but men release much less.9 “Why Men and Women Handle Stress Differently.” WebMD. 22 January 2019. http://www.webmd.com/women/features/stress-women-men-cope#1 Oxytocin modulates the pinch of stress to some degree, and women tend to react by doing what experts call “tending and befriending.” In other words, they reach out to friends or care for others. Many men on the other hand, explode, get angry, irritable, or try to numb out by drinking.

As we’ve written often, stress is a precursor to numerous illnesses and must be managed. Although women may suffer more stress than men, they’re also more likely to do something about it, which may be the real reason they tend to survive stress more readily. Experts recommend combatting stress by:

And if you have a chance, you might want to check out Jon Barron’s recent newsletter on stress and burnout.