When you’re pregnant, you dream of having a beautiful, healthy baby and make exciting plans for the future. The actual process of giving birth is just something to get through to meet your wonderful infant. Some of us learn pain management techniques and breathing exercises in an effort to have a natural birth, but for most women when push comes to shove, we leave what occurs in the birthing room to our obstetricians. That, however, might not be the best way to go. New research suggests that having a C-section may increase the risk of serious conditions for the child.

The study, which took place at the Karolinska Institute in Stockholm, Sweden, found an association between C-section births and higher rates of autism and attention deficit hyperactivity disorder.1Zhang, Tianyang; et al. “Association of Cesarean Delivery With Risk of Neurodevelopmental and Psychiatric Disorders in the Offspring.” JAMA Network Open. 28 August 2019. Accessed 11 September 2019. http://jamanetwork.com/journals/jamanetworkopen/fullarticle/2749054. These results are based on a review of 61 investigations that included more than 20 million births in 19 countries around the world between 1998 and 2018. The researchers evaluated medical records, looking for instances of a range of conditions in the children, including not only autism and ADHD but also learning disabilities, obsessive compulsive disorder, tics, and eating disorders.

All the above conditions were shown to occur at the same or greater risk in children who had been delivered by C-section versus vaginal births, but the difference was not statistically significant except in the cases of autism and ADHD. Those odds were frighteningly elevated, with C-section birth associated with an approximately 33 percent increased chance of being diagnosed with autism spectrum disorder and an approximately 17 percent increased chance of developing ADHD compared to children delivered by vaginal birth.

What’s the Connection Between C-Sections, Autism, and ADHD?

While the study was not designed to prove that C-sections cause autism and ADHD, it did provide evidence of a strong link between the procedure and these disorders. It is not entirely clear why babies delivered via C-section might be more likely to be autistic or have ADHD. One possibility has to do with the fact that babies who are delivered vaginally receive beneficial strains of bacteria from their mother’s gut during delivery and these are known to bolster a baby’s immunity. It might be a lack of these beneficial bacteria during birth that sets the stage for the development of autism and/or ADHD.

Another theory to consider is that the issue isn’t directly related to the C-section itself, but why a woman is undergoing that procedure. Oftentimes, C-sections are recommended by obstetricians if the mother-to-be has a condition like hypertension or diabetes, which may influence the development of the fetus in utero. Additionally, C-sections are sometimes born of necessity if something is going very wrong during the delivery. In those cases, it’s possible that the trauma taking place could be a precipitating factor for autism or ADHD.

A Plan for Preventing C-Sections

We need to face the fact that there are emergency situations that we cannot always foresee that might make a C-section delivery the only possible course of action. Thankfully, that is only the reality in a small percentage of deliveries. But C-sections have become far more common in the last few decades in the United States, with rates up to 32 percent of all deliveries in 2017—a nine percent increase from 2000.

It’s important to choose your obstetrician wisely, preferably before you even become pregnant. Request an interview with a doctor from the practice and come armed with questions about their thoughts on vaginal birth versus C-section, use of pain medications, and anything else of potential concern to you. Explore a few practices until you find one you feel comfortable and in-sync with on these topics. Or consider a midwife instead and plan to have your delivery at a birthing center if your pregnancy is considered low risk. 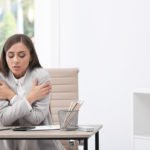 Another Benefit of The Mediterranean Diet