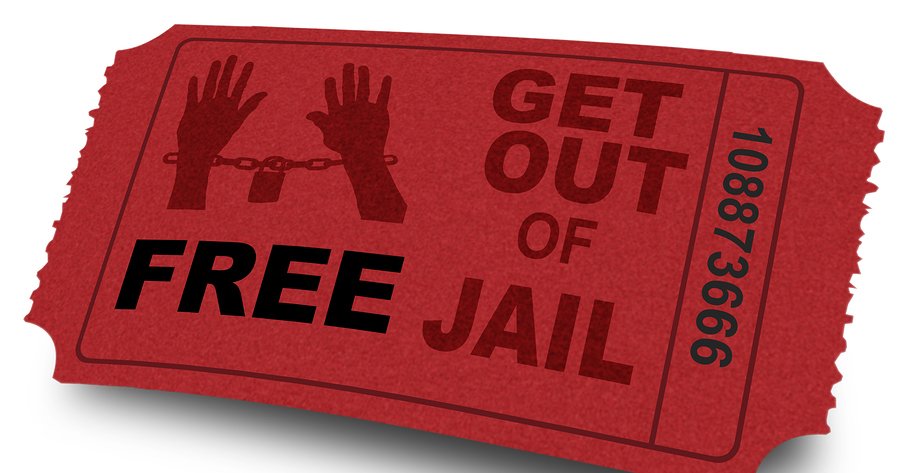 Just last month a weight-loss study was published in the journal Obesity Research & Clinical Practice. Although the media was certainly all over it:

I’m not sure it actually means quite what they think it does–or for that matter, that it even means what the researchers think it means. Everyone seems to want to treat the study as a “get out of jail free” card–saying that weight gain is really out of your hands. As much as I sympathize with that concept, I don’t think it’s true. And I don’t think it does anyone any favors to promote the study as such. In any case, since weight-loss is such a big deal for so many people, what with 2/3 of the population either overweight or obese, it’s probably worth taking a look at to see what all the fuss is about.

The purpose of the study was to determine whether the relationship between obesity and caloric intake, macronutrient intake, and physical activity has changed over time.5 Brown RE, Sharma AM, Ardern CI, Mirdamadi P, Kuk JL. “Secular differences in the association between caloric intake, macronutrient intake, and physical activity with obesity.” Obes Res Clin Pract. 2015 Sep 14. pii: S1871-403X(15)00121-0. http://www.ncbi.nlm.nih.gov/pubmed/26383959 Not surprisingly, it has. While caloric intake has indeed gone up over the years, the study also concluded that leisure time physical activity had also gone up (more on that later) and that the net result was that the body mass index (BMI) of people had gone up more than expected. The study concluded that factors other than diet and physical activity may be contributing to the increase in BMI over time. The media announced this as proof that the old maxim, “Calories in–calories out,” no longer applies to losing weight. Actually, they’re wrong; it still does. 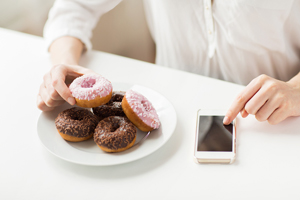 We’ve discussed this many times before. Ultimately, your weight is determined by calories in VS calories out. If you burn more calories than you take in, you lose weight. If you take in more calories than you burn, then you gain weight. That said, there are indeed factors that can affect the terms of that equation–not the equation itself–but its terms. For example: muscle burns calories. There may be some debate as to how many calories it burns, but the simple fact is that muscles burn calories, even when they are not being exercised–simply by existing. Fat, on the other hand does not burn calories; it stores them. In fact, fat is designed to be a storage system for calories. That’s its purpose. The bottom line is that the more muscle you have, the more calories you will burn. Even if you eat the exact same food as a person with more fat and exercise the exact same amount, you will burn more calories on any given day. As I said, the equation still applies: it’s still calories in VS calories out. But if you’ve done the work to build the muscle, you’re rewarded with more calories burned down the road with no extra effort required.

Nevertheless, the media saw things differently. They saw it as a chance to give their readers a free pass. As they said, “You diet and exercise, but can’t shed the pounds. You can at least take comfort in a new study that suggests many other factors, including stress and pollution, could be conspiring to make weight loss harder today than a few decades ago.”

Now that’s the media’s interpretation, but what exactly did the study say?

In fact, the study looked at dietary data from 36,377 U.S. adults from the National Health and Nutrition Survey (NHANES) conducted between 1971 and 2008. Physical activity frequency data was only available in 14,419 adults between 1988 and 2006–again based on survey data, which is probably significant, since people tend to overestimate their exercise levels as well as underestimate their consumption levels. In any case, statistical models were used to examine if the association between total caloric intake, the percent of dietary macronutrient intake, and physical activity was different over time as it relates to the body mass index (BMI) of the study’s participants. Note: a BMI of 18.5 to 24.9 is considered normal weight, 25 to 29.9 is overweight, and 30 or more is obese.

In other words, according to the researchers, factors other than diet and physical activity might be contributing to the increase in BMI over time.

“I didn’t expect to see this finding,” said Jennifer L. Kuk, associate professor of kinesiology and health science at York University in Toronto, who led the research. According to Kuk, obesity rates worldwide have been climbing since the 1980s, and people have always thought it was because we are eating more and exercising less. Now, the study itself made no attempt to investigate what those other “factors” might be. Nevertheless, other research points a finger at numerous factors that have been linked to obesity and that have changed over the last several decades. These include: 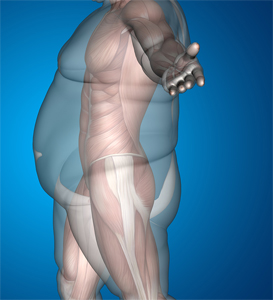 For decades I’ve been saying that weight management is about calories in VS calories out. However, I have also said that a number of factors can change how those two conditions play out. For example, as I pointed out earlier, muscle burns calories even when not being exercised; fat does not. That means that two people, given the same food intake and same level of exercise, will burn calories at a different rate depending on how much muscle VS fat their bodies contain. It’s still calories in VS calories out. But if you’ve done the work to build the muscle, you’re rewarded with more calories burned down the road with no extra effort required. The bottom line is that the more obese you get, the harder it is to burn calories; and since the world as a whole is getting more and more obese, people in general are finding it harder and harder to burn off excess calories. This study changes nothing. It merely reinforces what we already know.

I also question the data in the study both in terms of calories consumed and calories burned–primarily because all of the data was derived from surveys, and people are not always the best at realizing what they eat and how much they exercise. As I’ve pointed out before, studies have shown that people are now consuming 523 more calories a day than they were in 1970. We’re talking about a pound of extra weight a week–52 pounds a year–that now has to be burned off. Is it any wonder that people are growing heavier? Compare that to the 6-10 pounds or extra weight that may have resulted from outside factors during the entire course of the study. Quite simply, any effect caused by outside factors is dwarfed by the difference in excess calories now consumed.

As for exercise, I have trouble with those numbers as presented in the study as well. The numbers don’t add up. When you consider that adults sleep, on average 6 hours a day, work 8+ hours a day, and spend 12 hours and 4 minutes each day viewing major media on their TV, computer, phone, radio, and print, it doesn’t leave any time for exercise.21 “US Adults Spend 5.5 Hours with Video Content Each Day.” eMarketer. 16 April 2015. (Accessed 1 Nov 2015.) http://www.emarketer.com/Article/US-Adults-Spend-55-Hours-with-Video-Content-Each-Day/1012362 I mean none! According to the American Heart Association, people are less active due to technology and better mass transportation.22 “The Price of Inactivity.” American Heat Association. Oct 26, 2015. (Accessed 1 Nov 2015.) http://www.heart.org/HEARTORG/GettingHealthy/PhysicalActivity/FitnessBasics/The-Price-of-Inactivity_UCM_307974_Article.jsp In addition, they point out that sedentary jobs have increased 83% since 1950; physically active jobs now make up less than 20% of our workforce. As a reference point, in 1960, about half of the US workforce was physically active. And finally, our average workweek is longer. Full-time workers in the US now work about 47 hours a week–that’s more than 350 extra hours worked each year.

In any case, even if the data that says people are exercising more is true, we’re only talking about a couple of BMI points, on average, due to these outside factors. When people are 30, 40, 50 lbs. or more overweight, these factors would represent only a piece of the puzzle, and a very small piece at that. Ultimately, little has changed. It still comes down to:

If you want to lose weight, you absolutely have to:

And it wouldn’t hurt to: 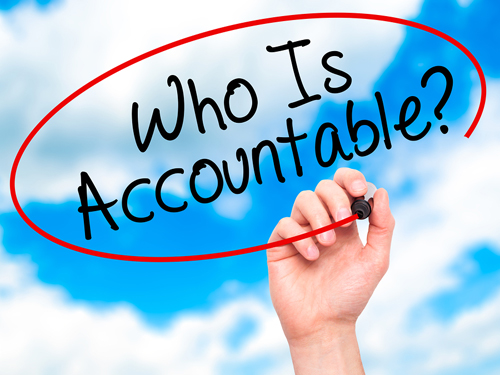