Slim Down With a Weight-Loss App? 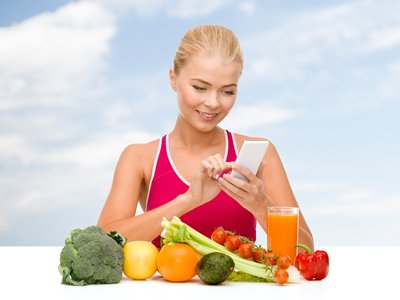 It would be nice if we could just push a magic button and lose all of our excess weight. In reality, it’s never quite so easy. Which is to say that a number of apps have been developed that are designed to help you in your quest to shed some pounds with just a click on your smart phone. The big question is: are they actually effective?

A new study, which took place at the David Geffen School of Medicine at the University of California, Los Angeles, found that the use of one popular weight-loss app did not appear to result in any significant loss of weight for most people.1 Dotinga, Randy. “Do weight loss apps really work?” CBS News. 18 November 2014. Accessed 23 November 2014. http://www.cbsnews.com/news/do-weight-loss-apps-really-work/. The subjects were 212 adult men and women all classified as either overweight or obese based on their body-mass index. The primary care physicians of these Los Angeles-area residents randomly assigned the patients to either a control group who received no specific instructions other than to lose weight or to a group told to use an app called MyFitnessPal to focus on weight loss.

The scientists conducted a follow up with each of the participants six months after their initial visit with the doctor to obtain data on changes in weight within the two groups. While there was a relatively large portion of the subjects who did not respond to attempts to follow up (32 percent of the app users and 19 percent of the control group), the overall analysis of both groups determined no measurable difference in weight from six months earlier. The scientists also checked blood pressure and found those numbers were similar for volunteers in both groups as well.

That said, there were some bright spots in the results. Among the subjects who were in the app group, many tended to use it regularly at the beginning of the experiment. The only problem was that the vast majority of them only stuck with it for approximately one month. The analysis did show that the patients who used the app faithfully were more successful in losing weight than those who used it less. And some of the participants did very well with MyFitnessPal, losing at least 10 pounds with the help of the app. They rated their satisfaction as high and reported that the app helped them to identify areas that could stand improvement in their diets, such as an intake of too many calories at a particular meal.

Similar to many other weight-loss apps, MyFitnessPal works by requiring users to input every single thing that they eat or drink each day. The app calculates the calories and assesses the nutritional value of what the user consumed. This can serve as a good informational tool for those who really aren’t sure of what a healthy portion size may be or just how many calories they are eating in that bowl of pasta. It also offers a workout log that determines how much exercise you’re doing and the amount of calories it burns. Ideally, this should encourage users to become more physically active every day.

The problem is that, just like any other slow-and-steady technique for losing weight, you need to be motivated to do what you need to do–over many months. MyFitnessPal is not going to work properly if you “forget” to enter that slab of cake you had at the office because it was your coworker’s birthday. It’s also not going to provide much benefit if you can’t be bothered to use it every day or if you ignore the information it provides or get bored with it in a few weeks.

The bottom line is, that just like any other method of achieving weight loss, apps can offer support and assistance, but it is up to you to do the heavy lifting. If you think an app can spur your efforts, go for it. But using an app or not, there’s no time like the present to start making some lifestyle changes and striving to have healthier habits. With each small change you make, you will lower your risk of disease, increase your energy, and feel better overall. Just remember to swap out some of that time you spend on your smart phone for some real physical activity.