Can Eating with Others Make You Fat? 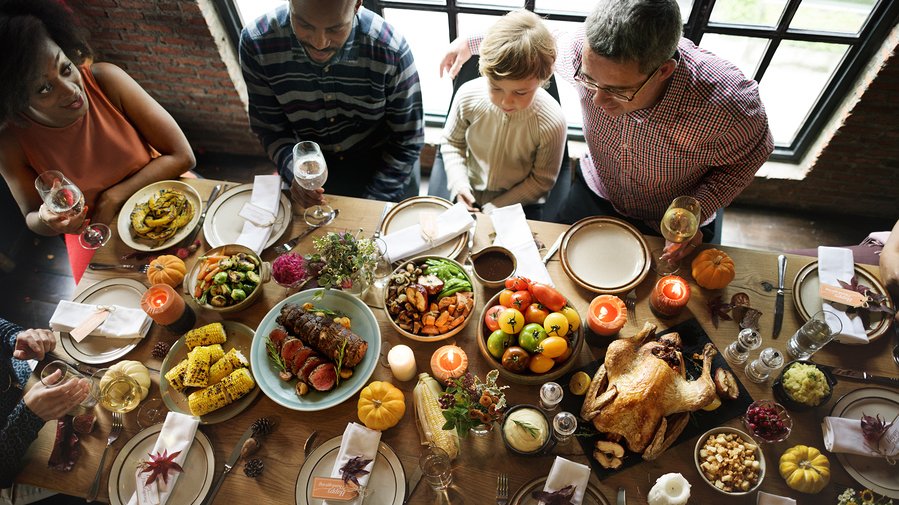 Eating with the Family

Many older people recall with nostalgia the days when dinner was always a family affair, when meals were enjoyed around the dining room table and nobody left the table until excused. But in the past 20 years, there’s been a 33 percent decline in family meals eaten together, and today nearly half of US families fail to have family meals. Even when the family does sit together for dinner, in 24 percent of cases, someone is watching television or using a cell phone, a laptop, or an iPod during dinner.

The arguments in favor of family meals, particularly when there are children, are difficult to ignore. According to the Centers for Addiction, teens who eat dinner with the family fewer than four times a week have far more behavioral and physical problems than those who eat with the family five to seven times weekly. They’re four times more likely to use tobacco, twice as likely to abuse alcohol, and 2.5 times as likely to use marijuana. They’re also more likely to be overweight, engage in risky behaviors, and perform poorly academically.

Food Intake Increases When Eating with Others

That said, if eating with the family is good for kids, it might not be the case for adults. A meta-study just published in the American Review of Clinical Nutrition concluded that when eating with others, either family or friends, adults typically consume 48 to 76 percent more food compared to when eating alone. That’s a huge increase in caloric intake! In contrast, overweight men and women ate 18 percent less food when with others, compared to when eating alone.

The meta-study considered 42 previous studies, some of which observed natural food intake over a period of days, others that set up experimental conditions comparing how much food subjects ate when alone versus when they ate in a group.

Scientists attribute the change in consumption to “social facilitation,” which means changing behavior when around other people. One of the studies considered in this meta-review concluded that social facilitation is “the most important and all-pervasive influence on eating yet identified.”

The Effect of Eating with Others Varies Depending on Intimacy Level

Interestingly, the study found that people only eat more when dining with close friends or family members. In other words, the effect doesn’t hold when eating with casual acquaintances, business associates, and so on. The closer the friends, the more food consumed.

According to lead researcher Dr. Helen Ruddock, “People want to convey positive impressions to strangers. Selecting small portions may provide a means of doing so and this may be why the social facilitation of eating is less pronounced amongst groups of strangers….Evidence suggests that this may be particularly pronounced for women eating with men they wish to impress and for people with obesity who wish to avoid being judged for overeating.”1Anderer, John. “Friends, Family, and Food: People Eat More When Dining with Close Companions.” Study Finds. 9 October 2019. http://www.studyfinds.org/friends-family-and-food-people-eat-more-when-dining-with-close-companions/

Why People Eat More When Eating with Others

The researchers believe that the reason people eat more with their besties and families dates back to prehistory when hunters shared the catch or kill with the community. There would be a period of gorging in order to fill up in case the hunt wasn’t successful in the coming days or weeks. Also, wasting food wasn’t acceptable in earlier times when survival was more difficult. Interestingly, the same pattern of eating more in the company of others has been found in gerbils, rats, and chickens. Scientists believe the tendency to eat more in social situations has become hard-wired, as it is in animals, creating what the researchers call “an evolutionary mismatch.” In other words, we no longer need to eat more with our pals in order to avoid waste (we have refrigeration and freezing which gives us the capacity to control portion size in advance of the meal) or to ensure against future famine (we have supermarkets).

Some scientists also believe that people may get hungrier when with others, but they aren’t sure why. They note that mood tends to be more elated, but also more anxious, before and after a shared meal, compared to a meal alone. In general, eating with others is more enjoyable. Also, people anticipate they may eat more when sharing food, particularly if someone else is preparing a special meal or if more food than usual is made available.

Other Factors Affecting Eating with Others: Gender, Time at Table

The studies showed that in mixed-gender groups of three or more, men consumed more food than otherwise, whereas women ate less than usual. In other words, the presence of men made women show restraint. The report notes that “for women, calorie selection was negatively predicted by the number of men in a group, and positively predicted by the number of women in a group. In contrast, neither group size nor gender composition significantly predicted calorie selection in men.” So, women are more comfortable with just women, it seems, and eat more when with other women.

One study found a 55 percent increase in high-fat, sweet food in particular when sharing meals with friends. Another noted an increase in meat consumption.

A few of the studies included in the review noted that meals with friends and family tend to be of longer duration than meals consumed alone. The longer you sit at the table, the more food you tend to stuff in the mouth.

So, Should You Eat Alone?

Given that all indicators make it clear that you’ll probably eat more when your friends invite you to dinner or when your family comes over to eat with you, what should you do? Eating all your meals alone certainly isn’t the answer. Social eating helps you retain friends and good family relations, and research shows that social interaction promotes wellness on many levels. There’s no point in lowering caloric intake in exchange for depression and isolation.

A better plan might be to cook lower calorie meals when you have dinner guests. It might be difficult when you go visiting, but you can try setting your intention to eat less ahead of time. Also, when food sharing involves a meal out, you can refuse to order shared appetizers or desserts, and try to select restaurants that align with your dietary goals. 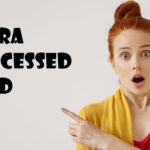