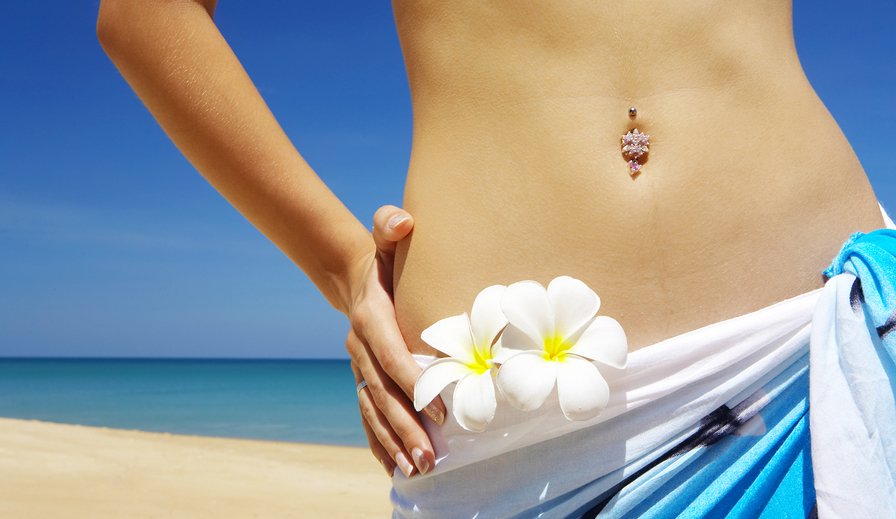 For many of us, as the years go by from our 20s into our 30s and beyond, extra weight begins to creep on. It can be barely noticeable, just a little at a time, especially around your midsection. Since the scale is hardly registering a gain, maybe a half-pound or pound here and there, you may not be terribly concerned. But carrying excess abdominal fat is more problematic than needing to go up a size in pants on occasion; it has been linked to serious health issues. And now new research suggests that carrying belly fat might put you at increased risk if you need to have surgery.

The study, which took place at the University of Arizona, Tucson, found that people with greater amounts of abdominal fat are much more likely to experience complications and even death when they undergo emergency surgeries.1 “Belly Fat Measurement Predicts Adverse Outcomes in Emergency Surgery Patients.” Science Newsline. 26 October 2017. Accessed 5 November 2017. http://www.sciencenewsline.com/news/2017102618240006.html. These results were based on an assessment of 608 subjects who had some sort of emergency procedure. Each of them had a CT scan of their abdominal area and pelvis prior to the operation.

The researchers applied the information collected through the scans to determine each patient’s waist-to-hip ratio, which is a reliable measure of abdominal fat. To be considered in the healthy range, this ratio should be at or below .90 in men and at or below .85 in women. Close to 70 percent of the participants, however, had a waist-to-hip ratio that was at one or higher, which indicates an unhealthy amount of belly fat.

Among all of the patients included in the study, the complication rate after their surgeries was 33 percent, and the mortality rate was four percent. They had an average hospital stay of four days, and the rate of readmission to the hospital within 30 days was nearly 25 percent.

However, when the investigators broke the figures down further, a major difference was clear between those with fat around their midsections and those without. Subjects with high waist-to-hip ratios had complication rates of 44 percent on average, versus just nine percent in their counterparts with lower ratios. Even more concerning was the death rate, which reached nearly eight percent in the patients with excess belly fat, whereas those without it had a death rate of only one percent.

While this study does not offer a particularly large population size, its findings are still quite worrisome. After all, nearly 71 percent of American adults are either overweight or obese according to the Centers for Disease Control and Prevention, so the majority of them likely have unhealthy waist-to-hip ratios. Plus, while many of us, hopefully, will never have to experience an emergency operation, these kinds of occurrences are often out of our control. A spleen rupturing during a car accident or an inflamed appendix, for example, may happen through no fault of our own. Of course, any type of surgery is dangerous and comes at a risk, but why would anyone be willing to increase the risk of both complications and death by so much due to belly fat?

And surgical complications are not the only problem associated with wider waistlines. Fat stores in the midsection are more dangerous than those in other parts of the body because they tend to surround the vital organs in the area and disrupt hormonal balance. In addition, a 2013 study at Brigham and Women’s Hospital in Boston, Massachusetts showed that individuals with excess abdominal fat have a higher risk of cardiovascular disease and cancer.2 Britton, Kathryn A.; et al. “Body Fat Distribution, Incident Cardiovascular Disease, Cancer, and All-Cause Mortality.” Journal of the American College of Cardiology. September 2013. Accessed 6 November 2017. http://www.onlinejacc.org/content/62/10/921.

So if you know you’ve gotten a little round in the middle, don’t wait any longer. Cut back on calories, start eating more nutritiously, and incorporate exercise into your daily routine. Add both aerobic and strength training components to your workout, which can help burn excess fat and begin slimming your waistline. You will not only end up with improvements to your body, but more importantly, you’ll feel great and lower your risk of disease and early death.