How To Detox Using A Natural Colon Cleanse | Detox Program

Come the end of October, I start thinking of detoxing. Yes, I know most people are thinking of holiday eating — what with Halloween, Eid al-Fitr, Thanksgiving, Chanukah, Christmas, Kwanzaa, and New Year’s coming up. But that’s just me. During the holiday’s themselves, I like to do a slow thirty day intestinal detox — even as all the feasts and banquets are being served. (Having a single scoop of Colon Detoxifier every morning during the holidays doesn’t even qualify as an inconvenience, and it keeps things moving, especially all the fats and sweets). And then in the first week of January, after the holidays are all done, Kristen and I do a Liver/Gallbladder flush and Blood Cleanse to sweep everything out and start the new year fresh. We’ve been doing this ritual for the last twenty years with spectacular results.

The amazing thing is we no longer do it alone. Over the last five years, our private little ritual has mushroomed into quite the worldwide event. And while it’s probably a bit premature to talk about the liver detox in this newsletter (it doesn’t happen for another two and a half months), it’s absolutely not too soon to talk about the preparatory intestinal detox, which most people who join us do in November/December.

A Summary of the Benefits of Colon Cleansing

In checking back through all my newsletters, I realize I’ve never fully discussed the ingredients used in the Colon Detoxifier formula — what they are and what they do. So, let’s discuss the herbs used in the formula and see why I recommend them. The list includes:

Rich in soluble fiber, psyllium seeds and their husks have long been used to ease constipation and digestive system upset. A number of studies suggest that psyllium may also be effective in lowering cholesterol, promoting weight loss (it makes you feel full), and aiding numerous other conditions. The bioactive agent of psyllium is a soluble, viscous xylan fiber. It is thought that this polysaccharide stimulates the conversion of cholesterol to bile acids and that it stimulates fecal excretion of bile acids.

Some studies indicate that psyllium may improve glycemic control in type 2 diabetics. The mechanism of the effect is unclear. Psyllium may delay the absorption of carbohydrates by increasing gastric-emptying time and/or decreasing small intestinal transit time.

The primary reason for psyllium’s inclusion in this formula is its laxative effect — due to the swelling of psyllium from the absorption of water with consequent increase in stool bulk and stimulation of peristalsis.

Apple Pectin is used to remove unwanted toxins and heavy metals (mercury, lead, aluminum, etc.), lower cholesterol, and reduce the side effects of exposure to radiation. In fact, it was used after Chernobyl to pull radioactive waste from victims. In addition, apple pectin is another good source of soluble fiber. It has the ability to form a gel which can bind water and toxins together, while at the same time also bulking the stool and carrying the toxins out of the body.

Montmorillonite clay is a medicinal powdered clay derived from deposits of weathered volcanic ash (a relative of bentonite clay and zeolite). It is one of the most effective natural intestinal detoxifying agents known, capable of absorbing up to 40 times its weight in fecal matter. It is also capable of absorbing a wide variety of toxins in the intestinal tract. Technically, the clay first adsorbs toxins (heavy metals, free radicals, and pesticides), attracting them to its extensive surface area where they adhere like flies to sticky paper; then it absorbs the toxins, taking them in the way a sponge mops up a kitchen counter mess.

According to the Canadian Journal of Microbiology (31 [1985], 50-53), montmorillonite can absorb pathogenic viruses, aflatoxin (a mold), and pesticides and herbicides including Paraquat and Roundup. The clay is eventually eliminated from the body with the toxins bound to its multiple surfaces.

Activated willow charcoal does essentially the same thing in your intestinal tract that a charcoal block does in your water filter. It attracts and traps thousands of times its own weight in gases, toxins, food additives, poisons, and other chemicals. Activated charcoal is charcoal that has been treated with oxygen to open up millions of tiny pores between the carbon atoms, exponentially increasing its absorption capacity. As a side note, it can absorb over 3,000 known drug residues.

Pau d’arco (Tabebuia heptophylla) comes from the rain forests of Brazil and other areas of South America. This amazing herb has been used for centuries for everything from improving immune function to detoxifying the body. It contains a natural antibacterial agent; cleanses the blood; and it kills viruses.

Pau d’arco has been used as a treatment for dozens of illnesses, including AIDS, cancer, colitis, cystitis, fistulas, gastritis, liver disease, and polyps.

It is used in the Colon Detoxifier, primarily for its ability to control candida overgrowth.

Fiber is an important factor in our diet. The average person in America has a fiber intake of less than 10 grams a day. For optimum health and to prevent certain forms of cancer (colon or breast) and aid in the prevention of heart disease, you need between 25-30 grams of fiber per day! Flax is one of the highest sources of fiber known. It is also extremely high in beneficial omega-3 fatty acids, which helps suppress colon cancer.

Unfortunately, omega-3 fatty acids go rancid very quickly after grinding. That’s why it’s vital to use stabilized ground flax if you are not grinding it fresh yourself on a daily basis.

And flax is high in lignans (plant phytoestrogens), some of the most powerful breast and colon anti-tumor biochemicals found in nature.

The great demulcent and emollient properties of Marshmallow make it useful in controlling inflammation and irritation of the alimentary canal, and of the urinary and respiratory organs. Marshmallow’s mucilage content helps soothe inflamed tissues — not only in the intestinal tract, but also in the lungs making it beneficial in cases of bronchitis and asthma. The active biochemicals in Marshmallow are large carbohydrate (sugar) molecules, which make up the mucilage. This smooth, slippery substance can soothe and protect irritated mucous membranes.

Commonly found in many detox formulas, slippery elm bark works with other detoxifying ingredients to further draw out impurities. The primary chemical constituents of slippery elm are mucilage (galactose), starch, tannins, calcium, vanadium, and zinc. The herb works with the body to draw out impurities and toxins, assisting with the healing of all body parts. And slippery elm’s coating action soothes the irritated tissues of the intestines, colon, urinary tract, and stomach ulcers.

Note: Because of concerns about Dutch Elm Disease, Australia does not allow the importation of Slippery elm bark except in capsules or tablets.

Licorice root stimulates the production of digestive fluids and bile, soothes ulcers, helps reduce intestinal inflammation, and supports the healthy function of the kidneys, liver and bladder. Its action in soothing ulcers is unique. Rather than inhibit the release of acid, licorice stimulates the normal defense mechanisms that prevent ulcer formation. Specifically, licorice improves both the quality and quantity of the protective substances that line the intestinal tract; increases the life span of the intestinal cell; and improves blood supply to the intestinal lining.

Fennel is included in the formula as a carminative herb that helps reduce colic, gas, indigestion, intestinal disorders, assimilation, nausea, and flatulence. It also can help break up kidney stones and uric acid in the tissues and is therefore used in treating gout.

Fennel will also help rid the intestinal tract of mucus. In addition, its tissue cleansing properties have a cleansing effect on the gall bladder and liver.

In contrast with a colon activator formula, a good detoxifier is cleansing and soothing. It is to be used periodically in conjunction with the activator (necessary to keep things moving). The detoxifier is a strong purifier and intestinal vacuum. It draws old fecal matter off the walls of your colon and out of any bowel pockets. It also works to draw out poisons, toxins, heavy metals such as mercury and lead, and even remove radioactive material such as strontium 90. A good detoxifier will also remove over 2,000 known drug residues.

Its natural mucilaginous properties will soften old hardened fecal matter for easy removal and also make it an excellent remedy for any inflammation or irritation in the stomach and intestines. This formula is helpful in irritable bowel syndrome, diverticular disease, and hemorrhoids.

And on top of everything else, this formula can help eliminate the effects of food poisoning or stomach flu in 20-40 minutes.

Not only is a good colon detoxifier formula necessary before doing a liver detox (as stated above), it is also highly recommended twice a year as ‘intestinal maintenance.’ For most people, that is enough. However, if you have chronic candida, Crohn’s, Irritable Bowel Syndrome, diverticular disease, polyps, etc., you can use a scoop daily for as long as necessary. 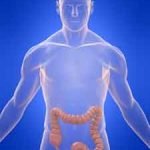