Every year on April 27th, many celebrate World Tai Chi Day, where thousands of participants in over 80 countries around the world host tai chi demonstrations and events. Observers get to see elaborate sword forms and fan dances, as well as the more mundane tai chi forms often enjoyed by the senior set. What might not be so obvious are the myriad benefits tai chi confers on practitioners. As an article in the Harvard Health Publication said, “Tai chi is often described as “meditation in motion,” but it might well be called “medication in motion.” 1“The health benefits of tai chi.” 4 December 2015. Harvard Health Publishing. 2 May 2019. http://www.health.harvard.edu/staying-healthy/the-health-benefits-of-tai-chi

Here are eight things to know that can help you reap maximum benefit from tai chi.

These are just some of the benefits tai chi can confer. Like yoga, tai chi feels great to do. To find a class, check at your local YMCA, senior center, or martial arts studio. You might want to shop around to find an instructor and class that feel comfortable to you. And make it a goal to actively participate in next April’s World Tai Chi Day yourself. 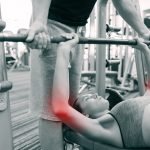