As many of us heard the news about the water crisis in Flint, Michigan, we were both shocked and horrified that dangerous levels of lead could be present in the tap water used by a city full of people. But just because the water where you live isn’t contaminated by lead does not mean that it is truly safe. In fact, new research suggests that the drinking water used by more than six million Americans may have very high levels of toxic chemicals.

The study, which was conducted at Harvard University’s T.H. Chan School of Public Health and John A. Paulson School of Engineering and Applied Sciences in Boston, Massachusetts, found that the water supply in numerous locations throughout the United States contains unsafe quantities of dangerous toxins that have been associated with cancer and other diseases.1 Hu, Xindi C.; et al. “Detection of Poly- and Perfluoroalkyl Substances (PFASs) in U.S. Drinking Water Linked to Industrial Sites, Military Fire Training Areas, and Wastewater Treatment Plants.” Environmental Science & Technology Letters. 9 August 2016. Accessed 13 August 2016. http://pubs.acs.org/doi/abs/10.1021/acs.estlett.6b00260. The scientists used data gathered by the Environmental Protection Agency on more than 36,000 samples of drinking water collected from 2013 through 2015.

The samples were evaluated for the presence of six types of polyfluoroalkyl and perfluoroalkyl chemicals (PFASs). In fact, PFASs were measured at the minimum reporting levels as required by the EPA in 194 of the 4,864 water supplies in 33 states throughout the U.S. But 66 of the samples that were analyzed were determined to be at or above the EPA’s limit of 70 parts per trillion (ng/L) for two kinds of PFASs. Those were perfluorooctanesulfonic acid (PFOS) and perfluorooctanoic acid (PFOA). And these 66 samples represented water supplies for a whopping six million people.

Thirteen states were by far the worst offenders, comprising 75 percent of the tainted drinking water. The most cases were found, in descending order, in California, New Jersey, North Carolina, Alabama, Florida, Pennsylvania, Ohio, New York, Georgia, Minnesota, Arizona, Massachusetts, and Illinois. And some of the samples were way over the levels deemed safe by the EPA. For example, water taken from Warminster, Pennsylvania was nearly five times the safety limit, and the sample from Newark, Delaware was an astounding 25 times the safety limit.

What’s even worse is that this may only represent a fraction of the problem. The EPA does not have data on the water supplies for approximately one-third of the country. In other words, up to 100 million more people could potentially be affected. These chemicals may very well be saturating our water supplies in other locations across the U.S. since they are incorporated in many manufacturing processes. PFASs are present in many cleaning products, food packages, paints, paper goods, fabrics, insulation for wires, fire-fighting foams, and more. Not surprisingly, the greatest concentrations of PFASs were measured in the water supplies drawn in the area of industrial complexes, military training sites, and wastewater treatment plants.

This news is incredibly disturbing because PFASs have been linked with cancer, thyroid disease, reproductive problems, and immune system disorders. And they accumulate in our bodies over time. Nor is this the first research demonstrating how pervasive PFASs can be in our environment. A form of these chemicals was found in a 2009 study at the Centers for Disease Control and Prevention in Atlanta, Georgia to be present in every type of infant formula tested.2 Schier, Joshua G.; et al. “Perchlorate exposure from infant formula and comparisons with the perchlorate reference dose.” Journal of Exposure Science and Environmental Epidemiology. 18 March 2009. Accessed 14 August 2016. http://www.nature.com/jes/journal/v20/n3/abs/jes200918a.html

Unfortunately, it’s impossible to completely avoid exposure to PFASs nowadays. But you can limit your exposure to the best of your ability. To keep your drinking water as safe as possible (from not only PFASs but also many other chemicals), invest in a good filter. The best systems treat the water as it enters your house and remove all toxins. Maybe you are lucky enough to live in an area that does not have a high concentration of PFASs in the water supply, but chances are good that you are still being exposed to some dangerous chemicals when you turn on your tap so it’s an investment worth making. 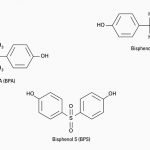 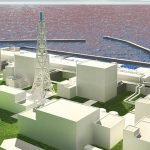