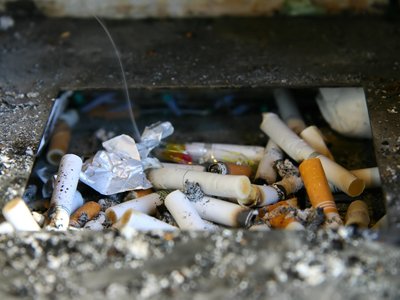 For those of us who are close to someone who smokes, there are plenty of disadvantages. First and foremost are the worries for the smoker’s health, as this habit has been linked to numerous issues including cancer, heart disease, and emphysema. But just spending time with them isn’t always so easy, either. It’s not terribly pleasant to sit next to someone who reeks of tobacco or to get a mouthful of smoke as you are eating. Plus, there are health hazards related to secondhand smoke exposure as well, such as an elevated risk of cardiovascular disease and lung cancer. In fact, we’ve even written before about third-hand smoke, the residue left on clothes, fabrics, and furniture. Well, it only gets worse. There is now evidence that coming into contact with secondhand smoke may result in weight gain.

The study, which took place at Brigham Young University in Provo, Utah, found that exposure to secondhand smoke over time can affect metabolism and cause an increase in weight.1 “Secondhand smoke causes weight gain, study says.” Fox News. 5 November 2014. Accessed 12 November 2014. http://www.foxnews.com/health/2014/11/05/secondhand-smoke-causes-weight-gain-study-says The experiment was not conducted on human subjects, but on lab mice that were separated into two groups. One of the groups was regularly exposed to secondhand smoke, while the other group was not exposed at all. The metabolic progression of all of the mice was analyzed over the course of the trial, and the results distinctly showed weight gain in the mice that had been breathing in the smoke.

As the scientists explored the mechanisms behind these effects, they discovered that the smoke appears to cause ceramides, tiny lipid molecules, to create changes within the cell mitochondria. These changes negatively affect the cell’s function, in particular impeding its ability to properly respond to insulin. So after the smoke entered the lungs of the mice, the chemicals it contained were absorbed into the cells of the body to create systemic alterations. It reduced insulin sensitivity, creating insulin resistance, which caused the bodies of the mice to react by producing greater quantities of insulin to maintain the proper blood glucose levels. And with more insulin circulating in the bloodstream, larger stores of fat began to accumulate. This can be particularly problematic in people since these cellular changes often lead to diabetes.

The researchers suggested that the weight gain resulting from smoke exposure could be avoided by inhibiting ceramide. This would ideally provide protection to those unfortunate enough to be frequently exposed. However, when the scientists used a ceramide blocker on the affected mice, it only worked when they were not consuming a high-sugar diet. So this form of treatment would only prove effective if the eating habits of the individuals were consistently low in sugar intake, which, sadly, is not realistic for many people.

Of course, this is all just hypothetical as we do not know whether secondhand smoke exposure produces the exact same results in people as it seems to in mice. It will remain conjecture until a human study is conducted that replicates these findings. Animal studies often do not yield corresponding outcomes in people since our physiology is vastly different from that of a mouse or even a more closely related species.

However, the real take-away from this research is that even if the findings are not completely definitive, is that indirect exposure to cigarette smoke has been linked to yet another danger to health. If you are a pack a day smoker still able to ignore all of the dire warnings of what smoking can do to you, it should become even harder to justify the habit when faced with increasingly growing evidence that it can affect the lives of those you love. It’s simply not fair to expose your spouse, children, and all of the people closest to you to the toxic chemicals you disburse every time you light up a cigarette.

This is not an easy habit to quit, but if you are still smoking, you’ve got to try. According to the American Heart Association, it takes only a few weeks for your circulation and lung function to begin improving, and you will start feeling healthier. Prescription drugs used to help kick the habit come with many potentially serious side effects, including insomnia, headaches, nausea, seizures, and more.2 “Zyban Side Effects Center.” RxList. Accessed 14 November 2014. http://www.rxlist.com/zyban-side-effects-drug-center.htm Nicotine replacement therapy is somewhat safer, but still often produces unpleasant reactions. Instead, going cold turkey or relying on counseling or support groups may be the best course of action—if you can do it. And helping your family live long, healthy lives—and living to share everything with them—will be the best reward for your efforts. 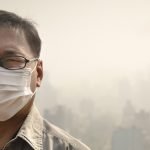