Although we all get colds and flus, not many know that the plain garden variety flu kills some 36,000 every year in the US alone!  Unfortunately, when it comes to treating colds and viruses, modern medicine has little to offer. We hear, “Stay home! Get plenty of rest, and drinks lots of fluids!” As for medicines such as Tamiflu or Relenza, most strains of flu have already developed a resistance to them, making them marginally effective.

In desperation, more people are now turning to alternative medicine to effectively relieve symptoms of sore throat, fever, chills, cough, and aches and pains. Luckily, nature has been fighting viruses since the beginning of time and has provided us with some incredibly powerful anti-viral, anti-fungal, and anti-bacterial medicines such as garlic, olive leaf extract, wild mountain oregano and grapefruit seed extract. Their naturally complex structure is what makes these remedies so powerful against viruses. Unlike bacteria, where antibiotics can remain effective for 2-5 years before resistant strains render them ineffective, antiviral resistant strains can appear in a matter of months, or even weeks.  So what specifically allows nature to resist pathogens for thousands of years whereas pharmaceutical drugs are rendered useless so quickly?

Actually, it’s quite simple – or more accurately, quite complex. Drugs are essentially one dimensional, which allows microbes an easy avenue to evolve around them. Natural antipathogens, on the other hand, are anything but one dimensional. They often contain dozens of biochemicals. Not all of them are “active,” of course, but many of the so called non-active biochemicals work to potentiate the active ones and offer combinations with each other numbering in the millions – presenting a complexity that makes it virtually impossible for microbes to work around.

Interestingly, science is beginning to support nature’s defense model. It was briefly thought that alternating the most commonly used antibiotics might stop the spread of antibiotic resistance. But empirical evidence shows that the practice of cycling, alternating between two or more classes of antibiotics as often as every few months, doesn’t seem to work. Resistance to the drugs spreads rapidly. The latest theory is that mixing cocktails of antibiotics and antivirals may help. And, in fact, this is closer to the way natural substances avoid the resistance problem. Let’s take garlic as an example.

When raw garlic is crushed — by slicing, cooking, or chewing them — the enzyme alliinase immediately converts non-active alliin into the active ingredient, allicin. In the process of oxidation, allicin breaks down into more than 100 biologically active sulfur-containing compounds. While allicin may still serve as a general marker of garlic’s potency, research increasingly points to S-allylcysteine and other compounds as the most therapeutically active ingredients in garlic. In fact, hundreds have been identified as natural anti-viral compounds. And, when you put these compounds together, how many possible pathogenic defense combinations can you get from garlic’s 100 biologically active compounds? A whole bunch!! Gazillions!

The bottom line is that with 100 objects/compounds to work with and possible permutations ranging from any one presented by itself up to and including all 100 presented together, the complexity is just far too much for simple pathogens to evolve around. And that’s nature’s secret to helping you fight colds and flu. But it gets even better. When you combine several natural substances in one formula, the combinations of compounds are beyond counting. Quite simply, microbes cannot evolve around them. So the next time you have the typical flu symptoms of sore throat, fever, chills, cough, and aches and pains, consider the power of alternative medicine. You may be surprised at the results!

For more information on what you can do to fight a cold or flu, read our full report: “Why Antibiotics Fail (and What You Can Do).”

On colds, flus and the immune system:

For additional information about how to strengthen your immune system naturally, visit our Immunity Program! 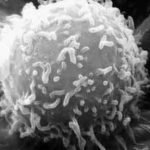 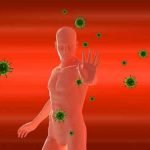 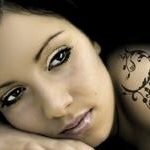