Stress and Anxiety May Not Contribute to Fibromyalgia | Brain Health Blog 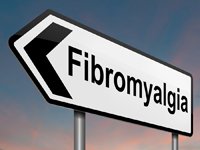 Fibromyalgia is a condition that produces chronic bouts of pain and fatigue in those who suffer from it.  Even getting to a diagnosis of fibromyalgia can take a long time, as doctors often misdiagnose the problem with one of several other ailments that can cause similar symptoms.  It is a difficult road for most fibromyalgia patients, since the pain can be debilitating, treatment measures are helpful only in reducing the discomfort, and no cure currently exists.  As we discover more about fibromyalgia, though, there may eventually be a successful way to stop it entirely–or at least do a better job at reducing the pain.  To that end, new research has made a breakthrough by discovering abnormalities in the brains of those with fibromyalgia that may begin to explain how they process pain differently from others without the disease.

The study, which was conducted at the Centre Hospitalier-Universitaire de la Timone in Marseille, France, found that there are functional variations in the brains of fibromyalgia patients that influence the physical manifestations of the condition.1 Doheny, Kathleen. “Scans Reveal Brain Abnormalities in Fibromyalgia Patients.” ABC News. 4 November 2013. Accessed 10 November 2013. http://abcnews.go.com/Health/Healthday/story?id=6171571   This study, which was focused on women’s health issues, included 20 adult women with a fibromyalgia diagnosis, as well as 10 adult women with no signs of fibromyalgia who acted as a control population.  Each participant filled out a survey that focused on questions about the severity of the pain they experienced, their level of disability, and to what extent they dealt with depression, stress and anxiety.

The volunteers all underwent a type of brain imaging known as single photon emission computed tomography (SPECT), which shows not only the structure of an organ, but also blood flow and activity taking place in that organ.  The resultant scans revealed that those subjects with fibromyalgia all had blood flow abnormalities within the vascular networks of their brains–collectively called brain perfusion–that were not present in the control subjects in the experiment.  What’s more, these differences to the brain were more substantial in those patients who exhibited the most pronounced symptoms.  The scans also showed that the affected region of the brain was the area that is responsible for our ability to classify the intensity of any pain we are feeling.

There have been theories in the medical community that fibromyalgia may be rooted in depression or anxiety, especially since up to one-third of fibromyalgia patients also have a mood disorder.  However, the findings of the current study add to the evidence refuting that theory.  Not only were differences found in the vascular system of parts of the brain that control our pain perception, but the abnormalities the researchers discovered in the imaging testing did not correlate to the levels of depression, stress and anxiety reported by the participants.

While this study was very small, it may hold promise for eventually leading to a much more significant comprehension of the disease and how to fight it, or again, to at least reduce the pain experienced.  Fibromyalgia is not a well-understood condition, and its cause is unknown.  Approximately five million people in the United States have fibromyalgia, and an overwhelming 80 to 90 percent of them are women, making it a focus in research on women’s health issues.2 Clauw, Daniel. “Fibromyalgia Fact Sheet.” Office on Women’s Health. 29 June 2010. Accessed 11 November 2013. http://womenshealth.gov/publications/our-publications/fact-sheet/fibromyalgia.cfm#   A diagnosis may be given when a patient has prolonged pain throughout all four quadrants of their body for a minimum of three months as well as the presence of 11 or more tender points, which are specific areas of the neck, shoulders, arms, back, hips, and legs that are painful when any pressure is applied.  They also frequently experience a lack of concentration, memory issues, fatigue, insomnia, and stiffness upon awakening.

Once a person is diagnosed with fibromyalgia, a typical course of treatment often includes a prescription for a pharmaceutical drug such as Lyrica or Cymbalta to achieve pain relief.3 “Fibromyalgia Treatment.” National Fibromyalgia Association. Accessed 11 November 2013. http://fmaware.org/site/PageServerf195.html    Both of these medications can produce a range of side effects, including dizziness, dry mouth, fatigue, constipation, difficulty concentrating, and more. For those interested in taking a more natural approach to fibromyalgia treatment, there are a number of options.  In a 2011 study at the Universidade Federal de Sao Paulo in Brazil, researchers found that both strength training and cardiovascular activities can diminish pain in those with fibromyalgia.4 Kayo, Andrea Harumi; et al. “Effectiveness of physical activity in reducing pain in patients with fibromyalgia: a blinded randomized clinical trial.” Rheumatology International. 19 May 2011. Accessed 11 November 2013. http://link.springer.com/article/10.1007%2Fs00296-011-1958-z   Avoiding caffeine later in the day and starting a soothing bedtime ritual can help improve sleep.  And the Baseline of Health approach to any systemic disorder can help rid the body of toxins and pathogens, which may play a causative role, while strengthening your system from the inside out. 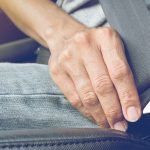