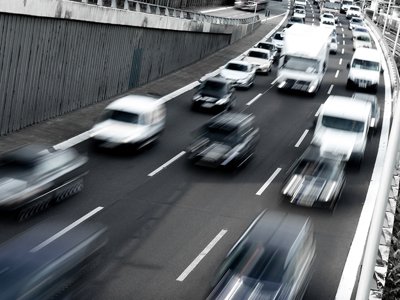 Our driving abilities may be profoundly affected by personal chronotype, and the people most impacted are evening types who attempt to operate a car in the morning.

Some people are just naturally morning people who wake up easily at an early hour, in a good mood, and ready to start the day. These early risers are often quite productive in the morning and find it difficult to stay up too late at night. Another segment of the population, on the other hand, are clearly night owls. This group struggles to get out of bed in the morning and usually needs a dose of caffeine to kick start their day. They are typically more alert and industrious in the afternoon, and have no problem staying awake into the wee hours of the morning. But what happens when our daily schedules of school, work, and other essential functions conflict with our natural internal clocks? According to new research, there may be danger involved for some people if they are driving at a time not well suited for their bodies.

The study, which was conducted at the University of Grenada in Spain, found that our driving abilities may be profoundly affected by personal chronotype, and the people most impacted are evening types who attempt to operate a car in the morning.1 “‘Night owls’ drive much worse in the morning.” Science Daily. 27 June 2014. Accessed 2 July 2014. http://www.sciencedaily.com/releases/2014/06/140627094553.htm The subjects were 29 students at the university who were chosen from a pool of more than 500 individuals because their circadian rhythms were the most pronounced. A person’s optimal time of day was determined through surveys in which the volunteers had to answer questions about their typical sleeping habits and the time of day when their energy was at its peak.

Using a driving simulator, the scientists had all of the participants get behind the wheel at both 8 a.m. and 8 p.m. The simulator provided data on driving performance and potentially risky behavior that was analyzed to determine how safe a driver was at his or her optimal time of day versus the less ideal time. The early birds demonstrated much less variation in driving skills in the morning or evening, handling the simulator competently at either hour. In contrast, the night owls drove much better during the evening test than the morning test. Their ability to pay attention in particular was markedly lower early in the day.

But before you go telling your boss that for safety reasons you will need to start sleeping until 11 and rolling into the office around noon, there are a few things to consider. First and foremost is the tiny sample size used for the research. It would be truly difficult to base any definitive decisions on a group of just 29 people. Plus, they were all college students presumably of an average age of 20 or so who quite possibly harbor habits typical of many students, including staying up late to either study for tests or party with friends. So it’s entirely possible that their morning driving skills might have been somewhat blunted by a lack of sleep…or “something” they indulged in the night before.

Another factor to ponder is that the subjects were chosen for having the most extreme chronotypes. As the study itself showed by the researchers being forced to select only around five percent of the possible participants, it is a very small segment of individuals who have such an intense morning or evening predilection. The rest of us, while somewhat oriented in one direction or another, are either inherently more flexible or have adapted to become so.

However, with all of that being said, it also pays to know yourself. If you are truly a night owl who simply does not function well in the morning, you might want to explore some work options that don’t have you running out the door at 7 a.m. And if you have no choice in that matter, check out any opportunity that doesn’t put you behind the wheel of a car, whether that’s carpooling, taking mass transit, or telecommuting. And for that matter, if you belong to the night owl chronotype, then it’s really not just about driving; you probably don’t want to be operating any heavy machinery early in the morning either. Catching up on sleep on the weekends can help too. A 2013 study at the George Institute for Global Health in Sydney, Australia found that a little weekend sleeping boost can lower the risk of car crashes in drivers under the age of 25.2 Martiniuk, Alexandra L.C.; et al. “Sleep-Deprived Young Drivers and the Risk for Crash.” JAMA Pediatrics. July 2013. Accessed 3 July 2014. http://archpedi.jamanetwork.com/article.aspx?articleid=1688678 The last thing you want to do–for your own sake and that of everyone around you–if you are not fully alert, is put yourself in control of a two-ton moving mass.