Having psoriasis means regularly dealing with patches of inflamed, itchy skin. It can be difficult to get flare-ups under control as there are many factors like cold, dry weather, and stress that can trigger this skin condition. And now, unfortunately, there may be more serious concerns for psoriasis sufferers to worry about. New research suggests that psoriasis might be linked to the development of cancer.

The study, which was conducted at the University of Manchester in the United Kingdom, found that having psoriasis may be associated with a greater risk of a cancer diagnosis over time.11 Trafford, Alex M.; et al. “Association of Psoriasis With the Risk of Developing or Dying of Cancer.” JAMA Dermatology. 16 October 2019. Accessed 23 October 2019. https://jamanetwork.com/journals/jamadermatology/fullarticle/2753127?guestAccessKey=c91d53c0-6564-4c0f-9465-d941756c3bb3&utm_source=For_The_Media&utm_medium=referral&utm_campaign=ftm_links&utm_content=tfl&utm_term=101619. These results are based on an investigation that compiled and analyzed the data from 58 different studies that examined the skin disorder and various forms of cancer.

Overall, the risk of developing cancer was shown to be 18 percent higher in people with psoriasis of any degree of severity compared to their counterparts who do not have psoriasis. And in those with more acute cases of the condition, that risk rose to 22 percent. Some of the cancers found to have a significant link to psoriasis are colorectal cancer, kidney cancer, and non-Hodgkin’s lymphoma. What’s more, a correlation was found between severe psoriasis and a doubled risk of esophageal and liver cancer, an eleven-fold increase in risk of squamous cell carcinoma, and a jump in risk of 45 percent for pancreatic cancer.

How are Psoriasis and Cancer Connected?

The research was not designed to explore the mechanism behind the psoriasis-cancer connection, but only to determine whether an association exists. So, while we cannot say for certain why psoriasis might make a cancer diagnosis more likely, we do know that there is a well-established link between cancer and inflammation and psoriasis is related to chronic inflammation. Also, Jon Barron has often pointed out the connection between cancer and an out of balance immune system.

It is inflammation that causes the red, flaky plaques on the skin to arise. And systemic inflammation has been tied to diseases ranging from cancer to heart disease to diabetes. As Jon Barron has been explaining for years, inflammation can be triggered by an immune system gone haywire. Inflammation is the normal response of the body to perceived invaders and harmful substances, but when the immune system can no longer tell what is potentially dangerous from what isn’t, it can produce the chronic inflammation that sets the stage for many health problems including psoriasis. Also, one of the primary functions of the immune system is to identify cancer cells in your body when they first appear—and eliminate them before they can take root and multiply. If your immune system is compromised in any way, it is less likely to be successful in that role—and cancer may result.

Protecting Yourself from Psoriasis and Cancer

If you have been diagnosed with psoriasis, don’t panic. Findings such as these don’t mean you are doomed to develop cancer. That said, it is a good motivator to do what you can to protect your health moving forward, which means getting to the root of your problems rather than focusing on treating symptoms. Instead of using pharmaceutical medications, topical corticosteroids, or light therapy to treat your skin when psoriasis plaques arise, improve your health from the inside out by soothing your immune system and reducing systemic inflammation.

First, you can begin by taking a look at your diet because there may be areas that can stand improvement. Sugar, processed meats, and alcohol are linked to inflammation, so cut back on or eliminate them to see what a difference it can make. You can also increase your intake of foods that have been shown to help fight inflammation, such as blueberries and nuts.

At the same time, it is valuable to take proteolytic enzymes, which control inflammation throughout the body and help repair your immune system. Read Jon Barron’s report on Systemic Proteolytic Enzymes to gain a better understanding of their benefits and to learn what to look for in a supplement.

And finally, look to add some natural immunomodulators such as L-carnosine and cetyl myristoleate to your supplement program to help balance out a misfiring immune system. 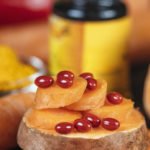 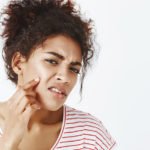 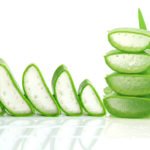 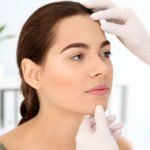 Head and Neck Melanomas are on the Rise