Whatever Happened to the Male Pill? 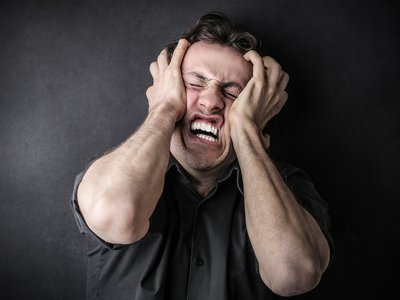 In spite of Arnold Schwarzenegger’s expanding belly in the film Junior, the reality is that it’s biologically impossible for men to get pregnant, and for the most part, women still take responsibility for preventing conception. Women have long bemoaned the fact that in order to prevent pregnancy, they must take side-effect laden pills or do other potentially dangerous things to their bodies, while men complain about condoms and assume none of the risk (only about 3% of men get a vasectomy). But then, a few years ago, it seemed a breakthrough was on the horizon that would more evenly distribute the burden of contraception between the genders. As we discussed back then, a seemingly safe contraceptive pill for men was “in the oven,” after having been discovered by scientists at the Dana Farber Cancer Center in Boston. That pill prevented sperm from maturing, rendering them useless for impregnation.

But since then, all has been silent on the male-pill horizon. Whatever happened? The media certainly made a big enough splash about the promise of the male pill when the news of it first broke. After all, unlike the female pill, it was a non-hormonal solution and so wouldn’t cause hormone-related side effects in men, and the effects were completely reversible. It turns out, though, that despite the enthusiasm of women, the media, and even many scientists, the research institutions and pharmaceutical companies had almost no interest in supporting the development of male contraceptives.

We can’t blame men in general, because surprisingly, studies show that 55 percent of men would welcome a male pill or the equivalent.1 Lewis, Tim. “Who wants a male pill?” The Guardian. 12 December 2014. http://www.theguardian.com/society/2014/feb/01/who-wants-male-contraceptive-pill-chauvinism And yet, the scientists seem to be of a different ilk. “Research on [male contraception] is not prestigious,” according to the Male Contraception Information Project’s website, “and often earns scientists derision from their colleagues.”

In fact, there have been several different male pills that showed promise, and in each case, the developers had trouble getting enough backing to get their product off the ground. Dr. Sabatino Ventura, an Australian scientist who developed one version of a male pill yet to hit the market, concurs that the research community isn’t exactly enthusiastic. “You’ve already got a good female contraception, so people don’t think we need a male equivalent,” he says.”

Another scientist, Dr. Nnaemeka Amobi of King’s College in London, developed a different type of male contraceptive pill along with colleague Dr. Guillebaud. His version needs some tweaking before being ready for market, but with proper funding, it should be an easy fix. They’ve been trying to finish his work on their pill for eight years, but an article in The Guardian explains that, “Despite all the publicity that research [on Dr. Amobi’s male pill] received, from reports in most British newspapers to coverage on CBS News in America, Amobi and Guillebaud have found it impossible to secure grants to develop the treatment. They are currently asking for around £200,000 and cannot even raise that. This is despite evidence that their pill could have benefits beyond contraception, most notably that it could reduce the transmission of HIV.”

Guillebaud comments, “We can stay knowledgeable and up-to-date in the field, but really we’re just twiddling our thumbs because there’s no money at all.”

Okay, so there’s a pill for women that’s arguably effective (more on that in a minute), but what if there were another type of solution for men entirely? In fact, the nonprofit Parsemus Foundation has developed a substance called Vasalgel, which is an injectable polymer that blocks sperm when shot right into the vas deferens.2 Allen, Samantha. “Male Birth Control, Without Condoms, Will Be Here By 2017.”9 September 2014. The Daily Beast. 12 December 2014. http://www.thedailybeast.com/articles/2014/09/09/we-ll-have-male-birth-control-by-2017.html It’s easy, seemingly safe, and surprisingly effective. After just one injection, the birth control begins and it continues until (and unless) the guy has another injection to flush it out. In trials with lucky male baboons who had access to as many as 15 female baboons, after six months of unlimited hanky-panky, none of the females had become pregnant.

Encouraged by its early, whopping success with baboons, the Parsemus Foundation is scraping together funds to begin human trials. The Foundation would like to bring the product to market by 2017, but as with its predecessors, they’ve been unable to secure any research or development funds. And so, they’re resorting to soliciting private donations and crowdfunding.

In the case of Vasalgel, it’s easy to see why industry and research foundations shy away from handing over any funds. One shot of Vasalgel is cheap, and it lasts at least six months-possibly much longer. Certainly, Big Pharma sees no advantage in having men line up to get a single shot, when instead, they could be selling pills every month to women for decades running.

And then, there does seem to be this persistent attitude out there that it’s more natural for women to assume the burden of contraception. As Dr. Ventura said, the medical community thinks there’s already “a good enough option” for women. The female pill, however, has a long and ugly history of causing complications, including pregnancy. Although doctors tout the fact that the pill is 99.7 percent effective in preventing pregnancy if used correctly, in reality, the pill has a failure rate of nine percent, which is very high.3 “Contraception.” Centers for Disease Control and Prevention. 12 December 2014. http://www.cdc.gov/reproductivehealth/unintendedpregnancy/contraception.htm And that nine percent failure rate applies to both the progestin-only pill and the combined oral contraceptives. Apparently, too many users forget to take the daily dose, and skipped pills too often lead to diapers and layettes. Other issues, too, can interfere with the pill’s effectiveness, such as interaction with antibiotics, stomach viruses that cause vomiting so that the pill gets upchucked instead of absorbed, and ovulation at irregular times.4 Wilks, John. “The Pill: How it works and fails.” Life Issues.net. 12 December 2014. http://lifeissues.net/writers/wilks/wilks_04pillworks1.html

It’s no secret that the health cost of taking birth control pills can be high. Typical side effects include nausea, serious depression, weight gain, sore breasts, extreme headaches, blurred vision, stomachaches, chest pain, leg swelling, and reduced libido. Then there are the more life-threatening effects. For instance, as we discussed in a blog a few years ago, studies show that women who take the pill for three years or longer face more than twice the risk of developing glaucoma. Some forms of the pill seem to increase risk of blood clots. Research also indicates that pill users incur an increased risk of developing breast, cervical and liver cancers. (To downplay the dangers, the medical community likes to harp on the fact that the pill does seem to reduce the risk of both endometrial and ovarian cancers.)5 “Oral Contraceptives and Cancer Risk.” National Cancer Institute. 12 December 2014. http://www.cancer.gov/cancertopics/factsheet/Risk/oral-contraceptives Beyond cancer, the pill correlates to increased blood pressure and higher risk of hypertension. Certain pills double the risk of heart attacks and strokes, according to a 2012 study of 1.6 million women published in The New England Journal of Medicine.6 Lidegaard, Ojvind, MD, et al. “Thrombotic Stroke and Myocardial Infarction with Hormonal Contraception.” 14 June 2012. New England Journal of Medicine. http://www.nejm.org/doi/full/10.1056/NEJMoa1111840?query=featured_home& A recent study shows that women who had been on the pill and then later decide to get pregnant stand a 40 percent increased risk of developing gestational diabetes.

In fact, there isn’t much territory in the human body that the female birth control pill doesn’t in some way or other threaten to ravage; and taken in that context, it’s frustrating, to put it mildly, that a safer alternative for men might exist, and yet it seems indefinitely stalled.