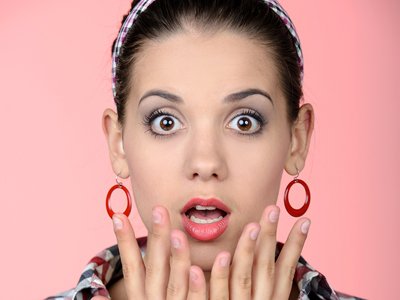 “Friends are like orgasms: you can never have too many, but just try to watch out for the fake ones.” ~Jarod Kintz

In the age-old battle of the sexes, men have often come up the winners. After all, they have long been the rulers of nations and kingdoms, while women had to fight just to vote. Even today, when a man and a woman hold the same job, the woman still earns 77 cents to the man’s dollar on average. And now, new research shows that another area in which males are leading females is that of regularly reaching climax during sex.

The study, which was conducted by the Kinsey Institute for Research in Sex, Gender, and Reproduction at Indiana University in Bloomington, found that no matter what their sexual orientation, men appear to achieve orgasm more frequently than women.1 Dotinga, Randy. “Who’s most likely to reach the ‘big O’?” CBS News. 21 August 2014. Accessed 28 August 2014. http://www.cbsnews.com/news/who-is-most-likely-to-reach-orgasm-during-sex The subjects were 2,850 single American men and women who were at least 21 years old. The genders were represented fairly equally, with 1,497 men and 1,353 women participating.

They all completed a survey on the Internet that contained questions as to their gender, sexual orientation, whether they had engaged in sex with a partner in the past 12 months, and the percentage of the time that they experienced an orgasm while being intimate with that partner during the year. The outcome was far better for men than for women. Both heterosexual and homosexual men reported reaching orgasm in approximately 85 percent of sexual encounters. In contrast, straight women, reported reaching orgasm just 63 percent of the time. Surprisingly, lesbians reported achieving an orgasm in approximately 75 percent of their encounters.

While these numbers basically stink for the straight ladies–not even reaching orgasm two-thirds of the time–it makes one wonder if some of the problem doesn’t lie with their partners. It has been theorized that homosexual couples of either gender may have a slight advantage since both partners are obviously more intimately familiar with their own sex’s anatomy and might have a more immediate idea of what is most sexually arousing. Of course, that still doesn’t explain why heterosexual men are one of the groups best fulfilled sexually by their female partners. Maybe they take the lead and do what works for them. The theory that men simply become aroused more easily was shot down in a 2007 study at McGill University in Montreal, Canada, which used thermal imaging to determine that both male and female subjects reach arousal statistically evenly.2 Kukkonen, Tuuli M.; et al. “Thermography as a Physiological Measure of Sexual Arousal in Both Men and Women.” Journal of Sexual Medicine. 3 January 2007. Accessed 29 August 2014. http://onlinelibrary.wiley.com/enhanced/doi/10.1111/j.1743-6109.2006.00399.x

But the researchers point out that communication can make a big difference in sexual satisfaction and the ability to achieve climax. It is possible that men are better in general at communicating their needs and telling their partner what they like. While women, although they have a reputation for being good at verbalizing their feelings and emotions in general, may be more shy about communicating in the bedroom. Then again, it could be a case of the man achieving orgasm before the woman and then simply stopping.

We also have to keep in mind that these findings are based on how participants answered questions, which is not always entirely accurate. By asking them to think back over the course of a year and provide a percentage of times that they climaxed, the outcome relies more on a vague estimate than on fact. Unless they were lucky enough to reach orgasm with every sexual experience or unlucky enough to never reach orgasm, any number they chose in between would really have to be somewhat of a guess. Plus, we often have selective memories, and things such as how the relationship ended might color the volunteers’ responses.

At any rate, even if there are plenty of ways to enjoy sex without achieving an orgasm, for most of us, orgasm is the pinnacle of sexual satisfaction. If your personal rate is too low for your liking, talk to your partner in an open, uncritical way about what he or she might do differently to help you climax more frequently. Trying some new maneuvers, incorporating things you’ve never used before, or spicing it up with role playing can offer a new sense of fun and adventure that may open the door to a whole new level of intimacy for both of you. And don’t discount that there might be some hormonal imbalance that is affecting your libido. A natural progesterone crème can help increase the sex drive. And perhaps even more important for women when it comes to sex is testosterone. Yes, women need testosterone too, and if levels get too low, it can impact a woman’s ability to achieve orgasm.